Today sees the publication of the final report of the Riots, Communities and Victims Panel. 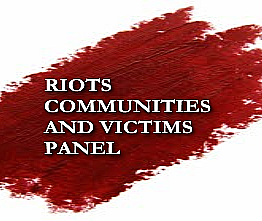 “When people don’t feel they have a reason to stay out of trouble, the consequences for communities can be devastating – as we saw last August.”

So said Darra Singh, chairperson of this concluding report on the 2011 summer riots in the UK.

He continued, “The key to avoiding future riots is to have communities that work.”

The Guardian has an interesting paragraph on the ‘character building’ issue.

It also urges schools to help children “build personal resilience” to help them avoid getting involved in future rioting. It claims that what often determines whether someone makes “the right choice in the heat of the moment” is “character”, which it defines as “self-discipline, application, the ability to defer gratification and resilience in recovering from setbacks”.

This is nothing new and something that 3Di Associates has long been advocating as a vital part of education.

However, the most significant issue within this quote is that the writer is actually talking about intelligences and the need for schools to develop multiple intelligences in order to help young people make informed, considered decisions about how to behave themselves and how to behave towards others.

Making “the right choice in the heat of the moment” involves developing knowledge and understanding of how our instincts work, and enabling children and young people to practice (in benign settings such as schools) the reigning in of instinctive reactions. [Fight, flight, freeze, etc] If one is to respond appropriately during stressful or unusual life experiences, then one has to consider the probable effect of acting on instinct. And in order to do this to better effect we need the ability to consider and empathise with others – social intelligence.

The understanding of how we react to, interact with and show respect to others has always been a significant part of the Department of Education’s Personal, Social, Health & Economic [PSHE] non-statutory curriculum guidance.

For example, the existing PSHE guidelines state that pupils should be taught

Whilst this crucial area of the curriculum – PSHE – has never been compulsory, schools have always had a duty of care for their pupils – with a specific requirement to “promote the wellbeing of pupils” added to the Education Act of 2006. This has not been overturned by the 2011 Education Act; it has been subsumed into it.

If we look at the Department of Education’s website we can see that there’s an acknowledgement that schools should be using the statements above to guide the planning and delivery of teaching and learning, even though there’s no statutory requirement to do so:

“This programme is non-statutory and schools are not required to follow it. It is included so that schools can plan a whole curriculum.”

What on earth does this mean? Does it mean that without these statements it’s not possible to plan a “whole curriculum”? And if so, then why is a programme of PSHE not statutory?

It is extremely demoralising for those of us who have been advocating quality PSHE education for a number of years to see these new recommendations of the Riots, Communities and Victims Panel because the curriculum guidance is already there!

If schools had been properly implementing an effective PSHE curriculum and ensured that the values and aims within this guidance document were an integral part of all lessons, then who knows how much this could have prevented or diminished the events of August 2011?

If every school had been working consistently on developing emotional resilience and social intelligence whilst simultaneously empowering young people to explore personal intelligence and a love of learning through encouraging them to engage creatively with things that interest them, then who knows what might have been prevented?

If schools had been given the freedom to develop an exciting and stimulating curriculum which was developed in accordance with the needs of specific young people in specific schools, then who knows how much more these children would be engaged in their learning? The most effective guarantee of higher levels of literacy and numeracy is for children to want those higher levels of achievement for themselves.

On Saturday, as we have said, 3Di Associates attended the Guardian Open Weekend. One of the workshops was entitled “What can the government learn from the Guardian’s research on the 2011 riots?”

The Guardian and the LSE joined forces to interview over 270 young people who were involved in the riots, and the outcomes were published in December 2011. Their findings suggested, unsurprisingly, that a disproportionate number of young rioters came from poor backgrounds, that 65% of them had some sort of Special Educational Need, that there was a high proportion on them who had free school meals. These young people were, in the main, already known to the criminal justice system and many of them were “not in education or training” – NEET.

Why did they riot?

Jacob Sakil, one of the speakers at the Open Weekend – an exceptional young man who was recently Young Mayor of Lewisham – made many profound comments, and it’s inconceivable that people in positions of power will continue to ignore our young people and what they have to offer in the way of comment on things that matter to them.

He said that the riots of 2011 were “The Perfect Storm” – that all the conditions were right for rioting – the catalyst of the killing of Mark Duggen; the concern about excessive stop and search tactics by the police; the sense of injustice that young people feel about this; a desire for revenge; the weather; the social networking and the utter disillusionment that they feel.

He said that young people were living for the moment, and in doing so this “messes with their judgement”. He explained that there was significant “self-hate” amongst the youth of our nation – that they felt they had “no value” and “no worth”.

If these young people had felt some sense of ownership, inclusion and belonging, he said, they would not have rioted, which is along the lines of what today’s report is also saying.

However, the saddest statement from Jacob Sakil was that he felt his school sometimes denied him self-expression.

Jacob survived. He went through the process because he’s a highly intelligent human being with a healthy amount of spiritual, social and personal intelligence as well as an intellect and an understanding of instinctual behaviour.

But what was his school doing in holding back this articulate, capable young man? – because his interests did not completely fit in with the curriculum he was being asked to study. Why was he denied, like so many young people are denied, the right to self-expression through his learning? Why did he have to suffer, like so many suffer, such frustration?*

He knew, as many young people know, what they need. Most of us would not disagree with the view that schools should be doing more to build personal resilience, but the saddening and maddening thing is that there is a curriculum already there, developed by professionals who have had many years of experience in this field of PSHE.

Why aren’t we using it? Why is the government still insistent that it should not be a core and statutory area of the curriculum – even though report after report from the Good Child Index to the UNICEF reports to this new report published today all say the same thing; young people need the opportunity to develop their knowledge, skills and attitudes in the personal, social and emotional intelligences.

3Di Associates will be writing immediately to comment further on the report which has just been published.

* According to Article 13 of the United Nations Convention on the Rights of the Child,

“The child shall have the right to freedom of expression; this right shall include freedom to seek, receive and impart . . . ideas of all kinds . . . through any media of the child’s choice.”

Gary Foskett and Clare Blackhall are educationalists, writers and consultants. We work with schools and other organisations who share our vision of how schools, businesses, etc should work in the 21st Century. We also run courses and contribute to conferences - speaking about our three dimensional model of intelligences and how schools, colleges and universities can develop the full potential of all their staff and students. We also offer consultancy for businesses and public sector organisations to support staff training and organisational change and development. For more detailed information read our blog at https://3diassociates.wordpress.com/ or see our website at www.3diassociates.com.
View all posts by 3D Eye →
Gallery | This entry was posted in Uncategorized and tagged 3Di Associates, Darra Singh, education, emotional intelligence, intelligences, Jacob Sakil, multiple intelligences, PSHE, pupil entitlement, quality teaching and learning, Riots Community and Victims Report, schools, Social Intelligence, spiritual intelligence, UN Convention on the Rights of the Child. Bookmark the permalink.