The following is an extract from yesterday’s Guardian Education:

As the teaching union conference season gets under way, we ask what the everyday worries are in schools today.

Education has been a political plaything for too long; the continual tinkering makes schools very unsettling places to be for teachers. Current inspections are part of a system that seems designed to reduce everything to a label. In doing so they fail to reflect the complex nature of schools. Heads and teachers inevitably try to simplify what they’re doing to meet the latest criteria that Ofsted imposes, compromising their beliefs on what education is about. And the climate of fear and judgment engendered by Ofsted is unhelpful.

Low morale is a really serious problem. We’ve had an absolute barrage of very, very destructive criticism from the coalition government – I call it shouting at the profession. Teachers are being held responsible for all the ills of society. Ofsted is now saying over-detailed lesson planning is focusing minds on activities rather than outcomes, but it’s Ofsted that drove this mania for writing things down. It’s part of this reign of terror on school leaders. They feel it so acutely, it gets passed down to teachers.

Pensions, performance management, professional autonomy, pay cuts and Ofsted. Michael Gove talking about bad teachers sets entirely the wrong tone. It ought to be a case of helping and supporting teachers with their professional practice, not fishing for people you might set up competence procedures against. As Arne Duncan, the US education secretary, said: “You can’t fire your way to the top.”

The move towards the English baccalaureate means a narrowing of the curriculum, so children won’t get broad, balanced learning. For some teachers in non-English baccalaureate subjects, it’s already thrown the notion of job security out of the window. Normally at a time when people are losing their jobs, people turn to teaching. You get an absolute glut of people. But last year the numbers applying to train fell by 30%. Teachers are under siege from this government.

Philip Salisbury, @llewelyn20
Behaviour. Definitely. No doubt at all

J Hobson, @JohnAHobson
No clear vision from Gove as to what he expects schools to look like: obsessed with failing schools and failing kids. Why?

Parma Kalsi, @parmachanna
We are a primary school being forced into academy status. Ofsted: blatant tool of govt

Nici Scott, @nicionthegreen
So many services that supported schools disappearing as a result of LA cuts

In the Guardian today is this column by Suzanne Moore:

A-levels are rubbish. That’s why I never bothered getting any. I was ahead of my time, clearly. “They are not going to prepare me properly for a university I am not going to go to,” I thought. “I’d rather have a good time.” I didn’t actually know what university was. I just hated school.

Education policy is made by those who loved it, and this is a fundamental mistake. People who never regarded school as a moronic prison full of inane rules should not be in charge of them. This is why, instead of looking to the future, the current fashion in education is to look only backwards.

An education set in the past is, to use the jargon of supposedly literate people, the current “direction of travel” (as opposed to travelling in no direction, which is a philosophical challenge). Thus we have the fetishisation of school uniform, the continual life-sucking assessment, the zero-tolerance policy, the overtesting, the lock-down feel of the academies. The Tories are merely continuing Labour’s dire performance, each blaming the other party for young people’s inability to learn.

According to the Daily Mail, a government initiative to test school literacy levels will see more than 500,000 six-year-olds asked to read made-up words such as “jound”, “terg”, “fape” and “snemp”. What a perfect way to symbolise our obsession with testing. We test nonsense when we could “gyre and gimble in the wabe”. We could get kids to do what they already do – imagine words. Sorry to bring this up, this awkward issue of imagination, but having observed 22 years of state education, I see its slow strangulation.

Of course, many are reassured by this return to tradition, an education in conformity, with its refusal to teach students how to code, source, verify and interpret data, and its division between arts and sciences when it is at this crossover that some of the best thinking is being produced. All this explains the continual cracks made at media studies, which is about learning to negotiate a mediated world through something other than 19th-century novels – mad, huh? But it is an exercise in sentimentality, not a design for living for now.

The current doublespeak means that free schools are not free at all. Intelligence, the ability to connect and create ideas, the so-called thinking outside the box – these things are hardly likely when the box itself is idolised.

Far be it for me to advocate a return to actual free schools where my friends’ kids learned to make a dope table, but . . . this return to “traditional methods” . . . is stupid. Evidence tells us otherwise. As a policy, it is more about what works for politicians than what works for children.

Our political class is indeed the pinnacle of smug regurgitation. Many are the products of the very best education, and what do they desire? Only to replicate what they know, not to transform the world. As our access to information widens, our education system could open up. Instead, it narrows itself to certainties that anyone with half a brain would have questioned a long time ago. Go to school, get a good job, don’t ask what it’s for. Freedom does not come from thinking by rote. Whatever they tell you.

Suzanne Moore gives good polemic, and says things that many, if not most, teachers in England would agree with. But on one point she’s completely wrong. Suzanne has also fallen for the myth that children who score below Level 4 in a timed test at the age of 11 are completely illiterate.

A-levels are the least of the problem. The real failure is that a quarter of our children leave primary school without even basic literacy or numeracy. The reaction to this has been to squeeze any residual creativity out of the curriculum, yet somehow the “love of reading” we need to encourage in our children is not happening.

We could ask writers about reading, but why listen to the likes of Michael Rosen when we can bang on about phonics, which naturally enough children must be immediately tested on as soon as they get the gist?

We agree that creativity is rarely on the educational agenda, and that we’re not instilling in the majority of children a love of reading. We agree that the government knows next to nothing about the role of phonics in learning to read. 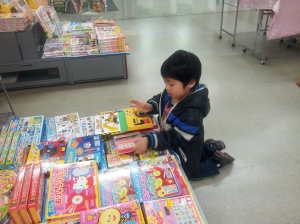 However, Suzanne should actually sit with some children who have achieved Level 3 (rather than the magic Level 4 at which they miraculously become literate) and listen to them read – and then tell us that they are “without even basic literacy”. Level 3 readers make up the vast majority of the 25% of children who score below Level 4 in Year 6 SATs. The small number of children who are still at Level 2 at the age of eleven invariably have some form of special educational need. The way Suzanne tells it here, pupils are being massively let down by Primary schools and their teachers, and this simply is not the case. 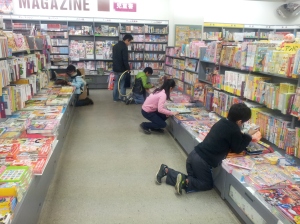 Gary Foskett and Clare Blackhall are educationalists, writers and consultants. We work with schools and other organisations who share our vision of how schools, businesses, etc should work in the 21st Century. We also run courses and contribute to conferences - speaking about our three dimensional model of intelligences and how schools, colleges and universities can develop the full potential of all their staff and students. We also offer consultancy for businesses and public sector organisations to support staff training and organisational change and development. For more detailed information read our blog at https://3diassociates.wordpress.com/ or see our website at www.3diassociates.com.
View all posts by 3D Eye →
This entry was posted in Uncategorized and tagged 3Di Associates, education, government, Guardian Education, learning, literacy, Ofsted, pedagogy, pupil entitlement, quality teaching and learning, schools, Suzanne Moore. Bookmark the permalink.

2 Responses to What’s wrong with education?