Anders Breivik – A One Dimensional Man

If you take somebody who has no concern for others and no interest in other people, with no ability to feel empathy whatsoever, plus no decent value system, you find yourself with a psychopath. Last night’s documentary on BBC2 on Anders Behring Breivik painted a portrait of the most loathsome type of human being – one who abuses his intellect and who becomes, through lack of essential intelligences, a mass murderer. This is someone who doesn’t even have the excuse that he killed in a fit of ‘passion’ when in the sudden grip of destructive emotions. 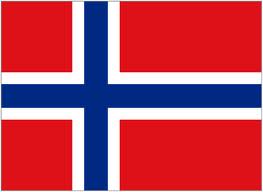 Unlike many other people who lack ‘social intelligence’ and empathy, Breivik has always been a complete loser. Most people who lack this crucial intelligence usually manage to live within acceptable boundaries of behaviour, thanks to being surrounded by close friends and family, and thanks to having discovered a particular ability or talent, or even having a regular job or career. Breivik had none of these things. He spent most of his time alone, secluded in a bedroom in his mother’s house, sociopathic as well as psychopathic, playing violent and sadistic computer games and reading material on racist and neo-nazi internet sites, developing his extreme ideology of hatred, violence, fear and destruction.

Incredibly, according to last night’s documentary, the first panel of ‘experts’ who assessed his condition came to the conclusion that Breivik was suffering from paranoid schizophrenia. Even from where I’m sitting it’s obvious that this is incorrect. He wasn’t driven to commit his appalling crimes through having one or more psychotic episodes – hearing and obeying voices in his head, etc. He spent several months systematically making a large bomb, buying weapons and planning his attacks. He acted with a lot of determination, logic and cunning. And even now he shows no remorse. He doesn’t even claim to be a victim of psychotic episodes which could have ‘made’ him do what he did.

He may not be responsible for his brain’s configuration or deformity, or for his total lack of spiritual and social intelligence, but he’s certainly capable of making his own decisions, and must accept responsibility for his actions. He understood that murder is considered by decent people everywhere to be the worst of crimes. He must therefore accept the consequences of his actions, and his punishment. His plea of not guilty through acting in ‘self defence’ is plainly ludicrous. Even more ludicrous than the excuses of Blair and Bush claiming they had conversations with God, and that in attacking Iraq (and killing thousands of innocent civilians and soldiers) they were doing ‘what they thought was right’ and acting in ‘self-defence’ in the light of deliberately biased dossiers of information and so-called ‘intelligence’ that had indicated Britain could be nuked or hit by other weapons of mass destruction by Saddam within 45 minutes. May justice be done in all of these cases.

In the meantime, what can teachers and parents do to prevent would-be Breiviks, Blairs, Bushes, Saddams, racists and anti-multiculturalists committing unspeakable acts? Schools and teachers carry an enormous responsibility to identify children who are at risk. With appropriate training, teachers are in a position to identify at an early age the children who behave violently and anti-socially. They can observe and understand which children lack empathy and affection for others. They can see quite plainly which children are loners who can’t play peacefully with others, can’t share properly, and show no care and concern for others. They can identify children who use racist and/or sexist language and behave towards others in ways that are clearly prejudiced. In other words they can identify children who are lacking in social intelligence and spiritual intelligence, and children who have little or no powers of self-discipline and self-restraint.

Is this what teachers already do? Do our education systems prioritise the development of social intelligence and spiritual intelligence? Do we systematically organise learning to enable these intelligences to develop? Do we have tracking systems to keep a record of their development, or lack of development? Does anyone know how to do this at some basic level, let alone in a sophisticated way? Do we even make explicit which human values we need children to learn about, and which human virtues we need them to cultivate? Or do we just exhort children to ‘behave properly’, simply punish them when they don’t do so, and then get on with teaching to tests and exams? Is this what happened in Breivik’s case?

According to last night’s documentary Breivik sees himself as having seen a truth that very few of us have seen. Also, he had very big ambitions for his life, that he was looking for a cause, and he wanted to be a hero.

Maybe if he’d attended schools that offered a good education for the body, the mind and the spirit he’d have become a better human being who had more of a grasp on reality, had more realistic expectations for himself and others, had more compassion for others, had a proper understanding of his strengths and weaknesses, and less of a crazed ego. Hero indeed.

We’re NOT saying here that good schools and a good education can “cure” psychopaths or prevent those with psychopathic tendencies from turning into depraved individuals. We ARE saying that early identification and tracking of those with a lack of social intelligence and lack of spiritual intelligence is essential if we’re ever going to help those people to be able to live harmlessly in society, to adjust to society’s minimum norms and expectations, and to find productive and peaceful ways to live, and maybe even to care for others, and not simply to love and/or loathe themselves.

Gary Foskett and Clare Blackhall are educationalists, writers and consultants. We work with schools and other organisations who share our vision of how schools, businesses, etc should work in the 21st Century. We also run courses and contribute to conferences - speaking about our three dimensional model of intelligences and how schools, colleges and universities can develop the full potential of all their staff and students. We also offer consultancy for businesses and public sector organisations to support staff training and organisational change and development. For more detailed information read our blog at https://3diassociates.wordpress.com/ or see our website at www.3diassociates.com.
View all posts by 3D Eye →
This entry was posted in Uncategorized and tagged 3Di Associates, Anders Breivik, emotional intelligence, empathy, human values, intelligences, learning, multiple intelligences, Norway, schools, Social Intelligence, spiritual intelligence, teaching and learning, values and virtues, wellbeing. Bookmark the permalink.

2 Responses to Anders Breivik – A One Dimensional Man