Life, The Universe and 3Di

3Di: A Philosophy of Multiple Intelligences

Listening to ‘In Our Time‘ on BBC Radio 4 this morning – on Plato and the neo-platonist philosophers – brought home the fact that for millennia human beings have felt a need to understand and explain the various aspects of our complex humanity, and indeed seek a unifying theory that can explain “life, the universe and everything”.

3Di is interested in how teachers and parents deal with these issues – for example when children begin asking philosophical questions such as “Who am I?”, “Why is everyone different?” and “Is there a God?”

Are teachers and parents equipped at all to deal with complex questions about life and humanity? Do we in fact lead children down the road of further philosophical enquiry in order to help them make better sense of themselves, other people, and the world around them?

Or do we usually or often tell them to simply hurry up, get dressed, finish your meal, behave sensibly, learn your number facts, do your homework, get ready for bed, etc?

The role of teachers and parents is of course to lead them into becoming interested in everything and anything – learning another language, learning about other places and other historical periods, learning about mathematics and science, learning about art and creativity, learning to play a musical instrument, learning about technology – the list is endless. The pace of learning will be dictated mainly by the child’s own enthusiasm for learning, and indeed love of learning for its own sake. Children who enjoy learning and are able to learn independently will, of course, learn much faster than those who do not.

We can either awaken children’s enthusiasm for learning or we can stifle it. We can enthuse them for learning about certain things, and we can kill their interest in certain things. It’s a question of how we approach our roles as teachers and parents. The best schools (and the best homes) respect children’s right to become autonomous, self-motivated learners, and the worst ones do not. At best we support and facilitate children’s interests and enthusiasms, and at worst we deny them, frustrate them and deaden them.

Returning to the subject of a theory or a philosophy that can unify our thinking about our inner selves and the world around us – it was for this reason that 3Di developed its 3D model of multiple intelligences. It’s a model that offers an explanation of the various components of our entire being, and offers it in terms that parents and teachers, and also children and young people, we believe, can understand. We’re currently writing materials, creating multimedia presentations, designing posters, etc, that we believe can give insights into our multiple-intelligent selves.

It seems logical to us that the single word that can provide a common category for all aspects of our selves is the word “intelligence”. We are also determined to differentiate the idea of intelligence from the idea of the intellectual or the academic – which is one single aspect of our selves and our internal functioning.

Our amazing brains can be likened to solid-state internal memory banks which are virtually empty at birth but can be filled will trillions of bits of information. They can also be seen as random access memories (RAM) and processors which can be programmed to perform both simple and complex operations. However, our intellects and our instinctual brain functions – both of which can be expanded and made more complex and sophisticated though continuous use – are but two of our intelligences.

We use our physical intelligence – our bodies and our senses – to navigate safely through our worlds, to perceive our surroundings, and to learn from them and about them. Through taking good care of our bodies and through the refined use of our senses we learn more and we grow physically stronger and safer.

As for the non-physical and the metaphysical – 3Di and others are calling this aspect of ourselves our spiritual intelligence, which we use to intuit many things and to connect with the broader spirit of humanity which desires peace, non-violence, love and transcendental experience, and puts value on dozens of human virtues such as respect, kindness, integrity, self-discipline, compassion and charity.

And then we come to social intelligence, which stems from empathy and the desire to form relationships of various kinds, and to live and work harmoniously with other people.

Finally we come to ‘personal intelligence’, which is an accurate knowledge and understanding of our individual selves – our likes and dislikes, our needs, our desires, our ambitions, our drives, our egos, our emotions, our creative and destructive impulses, and so on.

So that’s six ‘intelligences’ whose harmonious and creative interactions make us into balanced, rounded, stable, safe, positive, productive, creative beings – providing we’re able to develop all six intelligences to their full potential. At some point in this series of blogs we’ll publish Abraham Maslow’s description of ‘fully evolved humans’ – which is a long list of the attributes that Maslow noticed which are common to those who manage to become, in his terms, self-actualised – and in 3Di terms, high in all six intelligences. It’s important for us to understand what highly evolved and highly able human beings look like and act like – in order to understand where we ought to be heading with education and schooling.

Plato and the neo-platonists were concerned with the unity and completeness of all things, and saw everything in terms of a hierarchical system . Zen sees that unity as a circle that has an inside and an outside. 3Di sees completeness and unity in terms of a sphere constructed on three interlocking axes.

We are all beings who, when fully developed, are physical, spiritual, thoughtful, instinctual, social and individual.

Please stay tuned – to this little part of cyberspace.

For the record, the discussion on today’s In Our Time went along these lines:

Plato thought that the universe consisted of 1) the material world 2) non-material ‘forms’ – principally ‘the good’. This is dualism. 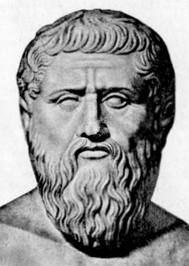 The neo-platonists built on Plato’s ideas but also considered ‘ancient wisdom from the East’ regarding the fundamental unity of everything. They looked at metaphysics and psychology.

They saw the entire cosmos as a hierarchical system, but also as a singularity, not just a duality. They believed that a fundamental unity can give rise to and be broken down into a multiplicity. [A kind of early Big Bang theory?]

They believed that “Soul” is the primary force in the universe, and that it brought the physical world into being.

They believed that the ultimate source of ‘value’ is ‘soul’ and other forms of ‘the good’ – beauty, harmony, truth, justice, etc.

They also saw value in ‘mystical experiences’ in which they could experience “union with The One” – they believed that intense states of mysticism or ecstasy gave insight into ‘the ultimate reality’ of the One. They wrote about “ecstatic union with the One”.

They saw the need for a programme of rigorous philosophy which took into account both the intellect and the Soul. They described their ‘metaphysical levels’ as mental and psychological ‘states’.

They began their philosophy from discursive and rational thinking, and moved onward and upward (according to them) into states which were “mystical but not irrational”. They saw the need to go down the road of ‘contemplation’ or meditation – which is a ‘tough road’ to follow – in order to discover one’s ‘true self’ and our ‘thinking soul’. They recognised that we are not simply our bodies.

They thought that getting rid of ‘delusion’ was essential, and that we all need to know ‘what/who we really are’. They also recognised that the pursuit of pleasure, as a driving principle, will never lead to fulfilment, enlightenment, wellbeing or happiness.

In order to grasp “the One” [what Zen calls enlightenment or satori] we need to use intuition [as part of our contemplative practice] and we need to consider what ‘anchors’ our intuitive thoughts. [Where do they come from?]

Plotinus believed that contemplative practice and intuitive thought could be the ‘salvation’ of everyone – rather than wealth, status or ‘the grace of God’.

They believed that the achievement of ‘mystical experiences’ is important to us all individually, but considered whether we need or can benefit from ‘external symbolic practices and rituals’ to ‘help us on our way’.

They also wondered whether philosophy alone is enough to ensure we can reach ‘unity with the One’ – which is beyond ‘being’, beyond ‘truth’, beyond ‘conceptual thinking’. Can external ‘rites’ bring ‘divine powers’ to our aid?

[Whilst we can’t really know how important Plato’s pantheistic philosophy was to some of the founders and disciples of the monotheistic religions it seems fair to assume that his ideas were to some degree helpful to them in arguing against polytheism and in favour of some single entity which could be called “the One”. The irony is that Plato himself appeared to reject the idea of any God, any religion, and all forms of worship, since he was advocating a philosophy of individual contemplation and meditation, and looking within rather than without for spiritual truths.]

What today’s programme didn’t explore, annoyingly – in spite of its mention of the neo-platonists being influenced by ideas from India and ‘the East’ – was whether ideas from the Buddhist traditions penetrated as far as Europe during the heydays of Greece and Rome. We were left not knowing whether the programme was referring to Hindu or Buddhist thought in terms of its influence on the neo-platonists. However, it seems obvious that there are direct parallels between the Buddha rejecting the notion of (and the need for) a multitude of Hindu gods, and Plato and the neo-platonists rejecting the notion of (and the need for) a multitude of Greek or Roman gods – and both of these traditions recognising that philosophy alone (without any intervention from a God or gods) can enable us to adopt meditative and contemplative (and ultimately transcendental) practices that will enable us to penetrate through to the reality of things and to the reality of our selves and our world, and thus achieve wholeness and enlightenment from our own efforts.

Gary Foskett and Clare Blackhall are educationalists, writers and consultants. We work with schools and other organisations who share our vision of how schools, businesses, etc should work in the 21st Century. We also run courses and contribute to conferences - speaking about our three dimensional model of intelligences and how schools, colleges and universities can develop the full potential of all their staff and students. We also offer consultancy for businesses and public sector organisations to support staff training and organisational change and development. For more detailed information read our blog at https://3diassociates.wordpress.com/ or see our website at www.3diassociates.com.
View all posts by 3D Eye →
This entry was posted in Uncategorized and tagged 3Di Associates, curriculum, education, Greece, human values, In Our Time, Melvyn Bragg, motivation, multiple intelligences, Neoplatonism, personal intelligence, philosophy, Plato, spiritual intelligence, values and virtues, wellbeing, Zen. Bookmark the permalink.

2 Responses to Life, The Universe and 3Di