An Ologist and a Garden Designer

“Yes. You’re one of the best in your class at geography, so you’re bound to like it.”

As it turned out, I did enjoy studying geology. I spent two years finding out about the Devonian, the Cambrian, the Pre-Cambrian and the Cretaceous periods; learning about sedimentary, igneous and metamorphic rocks. And fossils! I spent two years systematically studying paleontology, and the evolution of brachiopods, ammonites and trilobites. I entered a great wide world of granite, quartz, sandstone, limestone, schizt and basalt. The teacher was terrific, and we went on field trips to places I’d never been before.

And I ended up with an ology. I was therefore some kind of a scientist. And were my parents proud of me? No, not really. They couldn’t see the point of it. After all, it wasn’t like I was going to be a geologist in real life. There was no call for geology where we lived.

Was geology, then, responsible for my interest in rock gardens? Not at all. That’s to do with my aesthetic sensibility, more than anything.

And did I study art and aesthetics at Ordinary level? No I didn’t. It clashed on the timetable with geology. You see, you can’t study everything.

I’ve finally finished creating my first rock garden. It’s taken me a few years, but there’s no point in hurrying these things. It’s been conceived and designed in my own little head, and built with my own hands, with a bit of help from my practical son.

The rock collection came together over about 20 years, without me even knowing why I was picking up rock specimens here and there – at first, anyway. It all began as a strange kind of urge, since it wasn’t like I wanted to create a ‘rockery’. I’ve never seen the point of rockeries.

Here's one I made earlier. (The photo - obviously)

Another thing I should have studied is Zen, and philosophy. This is something I have a real enthusiasm for. What’s not to like about the history of ideas, and understanding how ideas continuously shape our world and our individual lives?

But let’s say my father had been a designer of Zen gardens, and his father before him. I might well have wanted to spend my life designing and creating Zen gardens. I could do it now. It took me 3 years to find out where I could buy the correct type of gravel in this country, but I got there in the end. (That’s not 3 years of non-stop effort, by the way. Not even I am quite that slow, or that dim.) I even know now where to go to buy good quality rocks, should I wish to purchase some in a hurry.

I would, however, like to speak Spanish, Italian and Japanese. I might even invest in some ‘teach yourself’ materials to learn these languages. Or just go online and do the free things you can do on the Internet now to learn to speak languages. I might even go to classes, or maybe go to live in a country where people speak the language I’d like to learn the most. 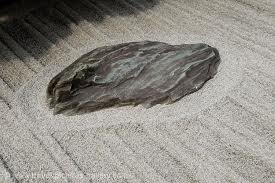 Hopefully you can see the point I’m trying to make. We learn something best when we want to learn it. A lot of learning that goes on in schools is pointless and frustrating. A narrow curriculum narrows the mind. A lot of teachers fail to inspire students, even though they sometimes love their subjects and have a lot of expert knowledge. What they may not be able to do is help students learn how to learn, or learn how to live, or fill them with motivation and enthusiasm for learning.

The world changes very quickly in the 21st Century. Who knows whether a child should take courses in International Studies, Chinese, economics, engineering, medicine, journalism, physics or computer programming. Maybe the world needs people who know about all of these things.

It’s a bright, sunny Spring morning and I’m off to do some digging in my friend Steve’s allotment. No doubt I’ll also spend some time chopping wood and carrying water – especially as there’s a hosepipe ban in these parts at the present time. 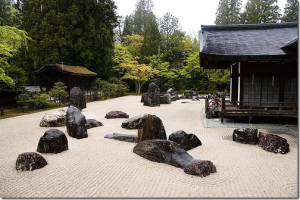 Another benefit of rock gardens is you don’t need to water them. I’m just saying.

What university-educated politicians, journalists and others usually fail to understand is that working class people don’t necessarily want to become middle class and live middle class lives in middle class places with other middle class people, far from the madding crowd. I even know people who went to university and became well-paid professionals who sacrificed family life and personal wellbeing to follow a respectable and well-paid profession, became thoroughly miserable and now live positive and enjoyable lives earning money as plumbers, cabinet makers, gardeners, builders, painters and decorators, and so on. In other words, it’s no disgrace and it’s not the end of the world if your children end up working with their hands and earn only average wages doing things they enjoy doing. They could even end up running businesses that employ other people who have the skills to do these things.

There, I’ve said it. Let all over-anxious parents relax and stop worrying about their children. And don’t let children worry about themselves. Neither they, nor you, can possibly know who they are or what they are or what they should do with their lives. Nobody knows. Encourage them to enjoy life to the full, learn the things they want to learn, and do the things they want to do. If they make mistakes, they’ll learn from them. Let them make their own mistakes. Just let them be.

There’s not much call any more for blacksmiths, farriers, wheeltappers or shunters. In fact there are virtually no job vacancies in our part of the world. What would you advise young people to study and do with their lives? Become bankers? Are children still shunted into studying geology at the age of fourteen? How many children are able to study geology or philosophy in our schools, should they have the urge?

So many questions. And so few answers. To anything.

Back to learning Zen Guitar tomorrow.

It’s the London marathon today. The Zen of marathon running, anyone? Other forms of masochism, madness and money raising for charity are available.

Gary Foskett and Clare Blackhall are educationalists, writers and consultants. We work with schools and other organisations who share our vision of how schools, businesses, etc should work in the 21st Century. We also run courses and contribute to conferences - speaking about our three dimensional model of intelligences and how schools, colleges and universities can develop the full potential of all their staff and students. We also offer consultancy for businesses and public sector organisations to support staff training and organisational change and development. For more detailed information read our blog at https://3diassociates.wordpress.com/ or see our website at www.3diassociates.com.
View all posts by 3D Eye →
This entry was posted in Uncategorized and tagged 3Di Associates, children, creativity, curriculum, education, enjoyment, fossils, geology, happiness, intelligences, learning, motivation, palaeontology, parents, personal intelligence, philosophy, pupil entitlement, rock gardens, rocks, science, spiritual intelligence, teaching and learning, values and virtues, wellbeing, Zen, Zen gardens. Bookmark the permalink.