Music: Passing It On, and Feeling the Noize

If you haven’t been watching Simon Amstel’s sublime ‘Grandma’s House’ on TV recently then we strongly suggest you try to catch up with it on the BBC iPlayer.

I remember quite clearly that one of the reasons I enjoyed visiting my maternal grandparents’ house as a child was because their sitting room was the home of an upright piano. (A second reason was the chance to explore their long back garden with rabbits in cages and a mysterious but empty brick pigsty at the far end.) This was the only time as a child I was able to touch the keys of such a wondrous instrument, and able to experiment with the fabulous sounds those keys created. It intrigued me that it was possible to play more than one note at a time, and that certain keys when pressed in combination made a beautiful sound, whereas other combinations of keys sounded horrible. Why was that?

My father was musically talented, in spite of never having had a music lesson in his life. He had an ‘ear’ for music. He taught himself to play the accordion and the mandolin, and he could work out tunes on a piano or keyboard. I sometimes wonder what would have happened if my parents, or one of my aunts or uncles, had presented me with a guitar or a piano. Growing up in the austere 1950s wages were very low, and musical instruments were both rare and relatively expensive, I never knew anybody who went to music classes. Would I have been able to figure out for myself how to play an instrument, or would I have found someone who could show me how to play?

Moving on from our previous quotes from Professor Lucy Green‘s book, “How Popular Musicians Learn“, here are some further thoughts that can be read in parallel with our recent quotes from Zen Guitar:

The overall proportion of people actively involved in music-making today is tiny. The evidence suggests that self-entertainment through vernacular music-making, as well as amateur performance of classical or ‘art’ music, were more common in the past than at the beginning of the twenty-first century . . .

In Britain today only around 1 per cent of the adult population is reckoned to be an active amateur musician. Much larger numbers of children have the opportunity to make music as a regular part of their school work . . . and many have the benefit of specialised instrumental or vocal tuition. However, as children get older, more and more of them drop out of such activities, and the vast majority of them give up altogether.

We’re hoping to find out directly from Prof. Green to what extent children become bored or alienated and give up music as a result of approaches to learning that fail to engage with either enjoyment or interest. My own daughter asked to give up learning the piano because she was bored and frustrated by the tutor’s methods. I myself, in later life, gave up on two different guitar tutors because they were determined to teach through dull, didactic and rigid methods that apparently ‘worked’ for others but certainly didn’t for me. Neither of them really took the time to discover what I already knew, what I could do, or what I wanted to do before they began their ‘tuition’.

Most people are involved in music as consumers and fans – alienated from the majority of music-making activities, and operating instead as spectators on the sidelines of a game in which, if circumstances were different, many more could play a part. For some, whether or not they consider themselves to be musicians, the idea of being required to make music in front of, or even alongside other people, inspires little other than feelings of dread and embarrassment.

Whilst formal music education has become increasingly available and diverse in its content [to include pop, rock, jazz, country, etc.] it has not managed to stem the ebbing tide of involvement in music-making, particularly in the lives of adults after they have left formal education. [So NO lifelong learning there!] Indeed, those societies and communities with the most highly developed formal music education systems often appear to contain the least active music-making populations.

Consider the amount of talent going to waste! Consider the current contribution to our national wealth and wellbeing of our “creative industries” – and how much greater it could be if we had proper systems of helping ALL of our kids to become active and able musicians!

Alongside or instead of formal music education there are always, in every society, other ways of passing on and acquiring musical skills and knowledge. These involve what I will refer to as ‘informal music learning practices’, which share few or none of the defining features of formal music education suggested earlier. Rather, within these traditions, young musicians largely teach themselves to ‘pick up’ skills and knowledge, usually with the help and encouragement of their family and peers, by watching and imitating musicians around them and by making reference to recordings and performances and other live events involving their chosen music.

Some popular musicians have never been offered any formal music education, but many of those who have been offered it have found it difficult or impossible to relate to the music and the musical practices involved.

As with music, so with learning languages, maths, history, science, literary criticism, technology, art – insert your own category here. Whereas failure to learn has traditionally been blamed on the student, we ought to consider the extent to which failure to learn should be blamed on the pedagogy employed, or even the individual teachers or tutors themselves and their lack of empathy with or respect for their students.

Music education has had relatively little to do with the development of the majority of those musicians who have produced the vast proportion of the music which the global population listens to, dances to, identifies with and enjoys.

Picture BB King or John Lee Hooker or Robert Johnson, or even Peter Green or Eric Clapton, going to guitar lessons and singing lessons in a formal school!

And so to Zen Guitar – and today’s dojo.

You could maybe take a quick break now and listen to some music before moving on to the second part of this blog:

You know, I’ve done a [drum] clinic in L.A. Nice kids, but they all asked the same question – “How did you work out that fill?” I told them, “I don’t know.” I don’t know. I feel it, it’s that particular day, who knows? . . . Just play. Let your personality come out.
– Manu Katche

Many beginners think that in order to play music they must first learn how to read it. In this dojo, it’s more important to feel it.

Unquestionably, learning to read and write musical notation deepens one’s understanding of music the same way that, say, learning Japanese deepens one’s appreciation of Japan. By knowing the written language of music, composers can communicate to players across the ages and record their music without the need for sound.

Conversely, computer software will now write on to printable and shareable sheets any piece of music you care to play without you needing to know any notation whatsoever.

Reading and writing does not, however, give a person any advantage on the path of Zen Guitar. To say someone can play a score of Mozart’s means no more than saying an actor can recite the lines of Shakespeare. What’s important is not the ability to read, but the soul and emotion a player brings to the work.

More than knowing and playing the correct notes, the sound must have a FEEL – a human pulse that resonates to all within earshot.

Having the right feel is not simply a matter of technique; as they say in the theatre world – if you notice how good the acting is, it’s not good acting. It is a matter of ch’iyun – a sympathetic vibration of the vital spirit.

The Way of Zen Guitar is known through the ears and the heart, not the rational mind. A self-taught blues player from the Mississippi Delta can know the Way of Zen Guitar where a graduate of Julliard may be lost. The Way is found in the spirit of the expression and its depth, not its complexity. Do not allow knowledge to interfere with the naturalness that music demands.

You see – it’s the word ‘spirit’ cropping up again. We need spiritual intelligence as well as all the others, if we want to live and learn in three dimensions.

A final thought on spiritual intelligence.

As with music – so with values and virtues. It’s no use just knowing about human values and what constitutes virtuous behaviour – simply knowing what they are and how they can be defined. It’s whether we live them, and practice them, and whether we FEEL them. 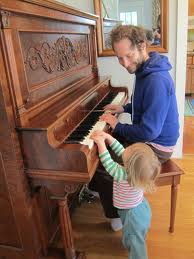 Gary Foskett and Clare Blackhall are educationalists, writers and consultants. We work with schools and other organisations who share our vision of how schools, businesses, etc should work in the 21st Century. We also run courses and contribute to conferences - speaking about our three dimensional model of intelligences and how schools, colleges and universities can develop the full potential of all their staff and students. We also offer consultancy for businesses and public sector organisations to support staff training and organisational change and development. For more detailed information read our blog at https://3diassociates.wordpress.com/ or see our website at www.3diassociates.com.
View all posts by 3D Eye →
Gallery | This entry was posted in Uncategorized and tagged 3Di Associates, creativity, education, empathy, enjoyment, feeling, human values, intelligences, learning, Lucy Green, motivation, multiple intelligences, music, music education, pedagogy, Philip Sudo, philosophy, quality teaching and learning, schools, spiritual intelligence, teaching and learning, values and virtues, wellbeing, Zen, Zen Guitar. Bookmark the permalink.