Dodging Taxes, Consequences of Inequality, and a Community Carnival

There are two parts to this post. In the first part there are some paragraphs of information concerning people whose sole aim in life appears to be to extract the maximum amount of money from the world around them and then to skilfully hide it away in tax havens and offshore bank accounts.

Part 2 is simply a few photographs of people participating in last Saturday’s Hackney Carnival – a community event whose success depends entirely on people giving freely of their time and creativity in order to foster community spirit and channel positive energy for the benefit of participants and spectators alike.

[There are currently nearly 2,000 comments posted on more than 40 pages beneath this article – which is about 4 times as many as we’ve ever seen posted in response to a news or opinion piece.]

A global super-rich elite has exploited gaps in cross-border tax rules to hide an extraordinary £13 trillion ($21tn) of wealth offshore – as much as the American and Japanese GDPs put together – according to research commissioned by the campaign group Tax Justice Network.

James Henry, former chief economist at consultancy McKinsey and an expert on tax havens, has compiled the most detailed estimates yet of the size of the offshore economy in a new report, The Price of Offshore Revisited, released exclusively to the Observer.

He shows that at least £13tn – perhaps up to £20tn – has leaked out of scores of countries into secretive jurisdictions such as Switzerland and the Cayman Islands with the help of private banks, which vie to attract the assets of so-called high net-worth individuals. Their wealth is, as Henry puts it, “protected by a highly paid, industrious bevy of professional enablers in the private banking, legal, accounting and investment industries taking advantage of the increasingly borderless, frictionless global economy”.

The detailed analysis in the report, compiled using data from a range of sources, including the Bank of International Settlements and the International Monetary Fund, suggests that for many developing countries the cumulative value of the capital that has flowed out of their economies since the 1970s would be more than enough to pay off their debts to the rest of the world.

Oil-rich states with an internationally mobile elite have been especially prone to watching their wealth disappear into offshore bank accounts instead of being invested at home, the research suggests. Once the returns on investing the hidden assets is included, almost £500bn has left Russia since the early 1990s when its economy was opened up. Saudi Arabia has seen £197bn flood out since the mid-1970s, and Nigeria £196bn.

The sheer size of the cash pile sitting out of reach of tax authorities is so great that it suggests standard measures of inequality radically underestimate the true gap between rich and poor. According to Henry’s calculations, £6.3tn of assets is owned by only 92,000 people, or 0.001% of the world’s population – a tiny class of the mega-rich who have more in common with each other than those at the bottom of the income scale in their own societies.

“These estimates reveal a staggering failure: inequality is much, much worse than official statistics show, but politicians are still relying on trickle-down to transfer wealth to poorer people,” said John Christensen of the Tax Justice Network. “People on the street have no illusions about how unfair the situation has become.”

Assuming the £13tn mountain of assets earned an average 3% a year for its owners, and governments were able to tax that income at 30%, it would generate a bumper £121bn in revenues – more than rich countries spend on aid to the developing world each year.

Leaders of G20 countries have repeatedly pledged to close down tax havens since the financial crisis of 2008, when the secrecy shrouding parts of the banking system was widely seen as exacerbating instability.

As someone says on Comment is Free – “It’s not that the world is poor – it’s just that it’s unequal.”

For some interesting thoughts and facts on global inequality please take a look at this post on Karen Wan‘s blog, Resilient and Free –

In it you’ll see a fascinating map of the world produced by the CIA, and also this list of the consequences of inequality –

Okay, so we’ve got income inequality. But, why is that so bad? Well, let’s take a look at what inequality has led to: 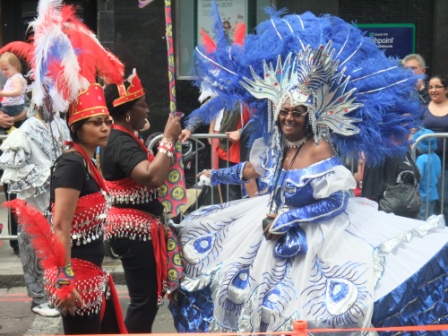 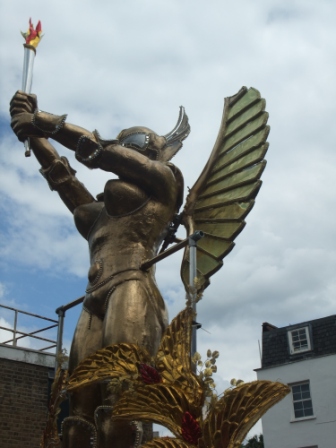 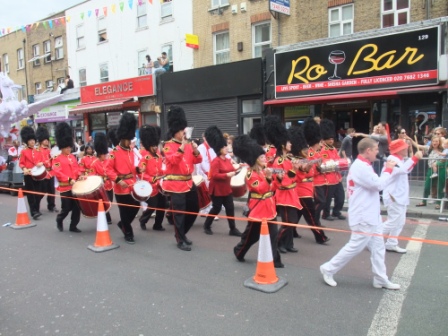 Gary Foskett and Clare Blackhall are educationalists, writers and consultants. We work with schools and other organisations who share our vision of how schools, businesses, etc should work in the 21st Century. We also run courses and contribute to conferences - speaking about our three dimensional model of intelligences and how schools, colleges and universities can develop the full potential of all their staff and students. We also offer consultancy for businesses and public sector organisations to support staff training and organisational change and development. For more detailed information read our blog at https://3diassociates.wordpress.com/ or see our website at www.3diassociates.com.
View all posts by 3D Eye →
This entry was posted in Uncategorized and tagged 3Di Associates, creativity, education, empathy, enjoyment, Hackney Carnival, happiness, human values, intelligences, Karen Wan, learning, motivation, multiple intelligences, offshore banking, Resilient and Free, Social Intelligence, spiritual intelligence, tax avoidance, tax havens, taxes, values and virtues, wellbeing. Bookmark the permalink.

1 Response to Dodging Taxes, Consequences of Inequality, and a Community Carnival