Week One and Olympic Gold

We’re now one week into this London Olympics experience and so far so good. Both of us have had an opportunity to spend some time in the Olympic Park and it is truly spectacular to see the transformation and rebirth of this incredibly diverse part of the city. 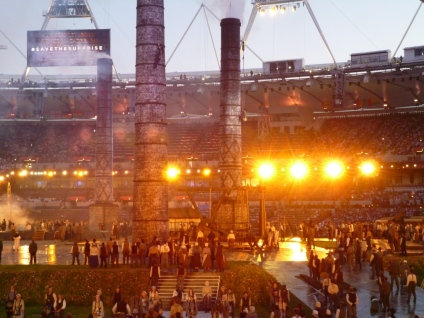 A few months ago a taxi driver explained that the whole problem with the Olympics was that it was built at the wrong end of town – it should’ve been hosted in the West. We hope that the smooth operation so far, apart from a few glitches on the Central Line, has proved him wrong.

For those who don’t know London, it’s maybe hard to imagine the feeling people have about their particular part of town. Those who live in Camden (North) think that it’s the centre of the universe, whereas Eastenders believe that the real London is firmly located in their streets. The West Londoners believe that places like Fulham or the Kings Road are the heart of the town, whereas those in the South believe their ‘manor’ represents the spirit of London.

Everyone is right and everyone is wrong. London is clearly not one place. The subdivision goes beyond the quarters of the city. South East is far different to South West, likewise with North East and North West. And the old adage about taxi drivers north of the river not wanting to go south isn’t apocryphal. Those who live on the other side really do feel as though they are not part of the Promised Land.

There have been complaints from people throughout London that the positive financial impact of the games, with people spending money in shops and restaurants, has not materialised. Museums are apparently not as busy, though West End plays still seem to be selling out each night. The biggest concern about holding the Games in an “unknown” part of town may indeed have been realised: the majority of the money does indeed seem to have been spent in the new shopping centre adjacent to the Olympic Park, with people not even venturing into the nearest boroughs of Hackney, Newham, Tower Hamlets and Waltham Forest.

This is a pity as these boroughs and their own subdivisions have so much to offer.

However, we’re confident that once the Games are over people will begin to see the benefit of everything that the East End has, and with the legacy of the Park in addition to all that the area already has to offer there is a chance that this place will continue to prosper, both financially and culturally.

So why is London not benefitting from these Olympics immediately?

Partly this may be due to its size and its regional disparity. In essence London may be too big!

When the Games were in Barcelona in 1992, the whole city came alive, night and day – but Barcelona is a much smaller place than London. Whilst there is a certain amount of urban sprawl within the Spanish city, the place where people congregate is in the heart of town – taking a walk down La Ramblas. Even within the West End, there isn’t one focal street or place for a multinational gathering. As for Central London – do you go to Covent Garden, Soho, Oxford Street, Hyde Park? There isn’t really one place to congregate.

As with Barcelona, the same could be said of Sydney or Athens. The places and the principal points of gathering were more central. Therefore the collective sharing of the Olympic spirit was easier to connect with.

In some ways, London is its own worst enemy by there being so much to do and so many places to go.

Having said that, there is a certain Olympic feeling if people are prepared and ready to embrace it.

It’s up to people to make the Olympic feeling. We’re all individuals and we’re all partners in this city, be it as a tourist or a resident. Our identity is important to us – as a Londoner, a Midlander or a Yorkshireman, we declare our allegiance to our geographical place of birth or residence but maybe it’s time this week and indeed subsequent ones  for Londoners to put their usual differences aside and celebrate in every quarter of the town without feeling as though they’re in competition with one another. This Olympics has the potential to unite.

And maybe some people from the Chelsea and Kensington ghettos might delight in discovering all that they’ve been missing if they make the trip across town.

The television blasts out whenever Team GB have won a medal. The relief when the two women rowing up Eton Dornay won the first gold for the country was almost audible as the nation heaved a sigh of relief. There have been jocular yet simultaneously serious concerns that the Prime Minister is an unlucky charm. Everywhere he goes in anticipation of being able to greet a Gold Medal winner, the unlucky participant misses out. Thank goodness he stayed away from Hampton Court on Wednesday.

Cameron watching Tom Daley during his first attempt at a medal

The media in this country have always had a peculiar pleasure in creating national heroes, only to then spend time digging a hole for them be buried in. Our sporting greats over the years have been built into iconic figures, and the fact that they are human beings with flaws and fortunes are somehow lost.

David Beckham was seen as the great hope of English football in 1998, right up to the point where he petulantly lashed out at Portugal’s Diego Simeone. David Gower, our greatest batsman, and Freddie Flintoff, a wonderful cricketing all-rounder, both suffered the downward slump after their various vehicular escapades reached the ears and eyes of a disappointed nation. Ian Botham, saviour of 1981, was seen as a total hero but the press were out to get him, and get him they did – for smoking cannabis amongst other things.

These people are human beings, not Gods, and we should do well to remind ourselves that each and every one of us, no matter how hard we try, have our Achilles heels. So if our Olympians “fail” to achieve what we’ve been led to believe is an absolute forgone conclusion of success, we should just remind ourselves of the fact that being British and being successful once does not give us a God-given right to glory.

One also has to ask, is this really the be all and end all of this fortnight? Is the position in the League Table of Medals what we are really all about?

Celebrating Bradley Wiggins’ success the other day with a lap of the beach was exhilarating but his after-match interview was what really pulled the heart strings; listening to a man who appears to be intelligent on so many fronts.

People suggested that the success of the Olympics, as far as Britons were concerned, was all about our success with medals, with a ‘target’ of 49 to ‘beat’ our effort in Beijing four years ago. The frenzy of alarm when we were without a Gold medal by midweek was astonishing.

Does this drive for medals and prescribed accolades sound familiar?

We constantly measure success by a quantitative value rather than a qualitative; in the classroom, on the sporting field, maybe in other areas of life where we don’t even realise we are doing it.

We place people on pedestals and count their offerings to us at our peril.

Of course the Olympics is about doing one’s best but for the majority of us, it’s not within our physical reach to be the best.

What we can all do is embrace the whole idea of the Olympics as a coming together, a celebration of humanity. That is the biggest gold, and one which we can emulate long after the Olympic Games has left these shores. 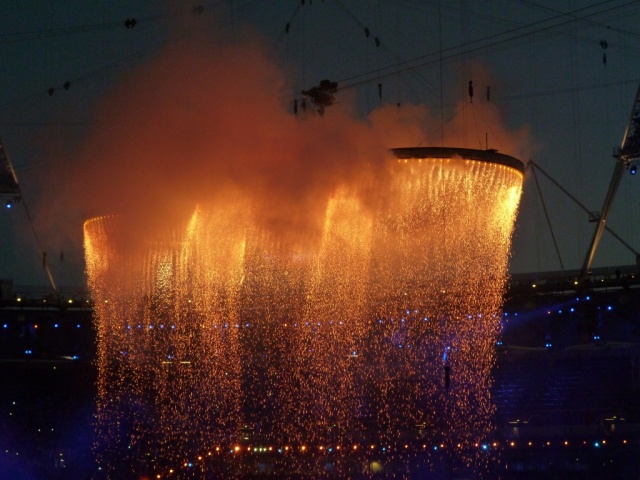 Whatever happens in the Olympics, let’s hold onto what we really value. Whether the wonderful Rebecca Adlington achieves her gold medal this evening or not, she will still be an amazing human being – and not for her ability to glide through the water. If Jess Ennis doesn’t quite reach her potential in the Heptathlon, let’s not squash and demoralise her further with collective disappointment. If Ben Ainsley doesn’t turn his little boat at the right time, then so be it.

Let’s be content with what they have provided in entertainment and celebrate the togetherness we felt in supporting them.

Gary Foskett and Clare Blackhall are educationalists, writers and consultants. We work with schools and other organisations who share our vision of how schools, businesses, etc should work in the 21st Century. We also run courses and contribute to conferences - speaking about our three dimensional model of intelligences and how schools, colleges and universities can develop the full potential of all their staff and students. We also offer consultancy for businesses and public sector organisations to support staff training and organisational change and development. For more detailed information read our blog at https://3diassociates.wordpress.com/ or see our website at www.3diassociates.com.
View all posts by 3D Eye →
This entry was posted in Uncategorized and tagged 3Di Associates, Bradley Wiggins, David Beckham, East End, enjoyment, Gold medal, human values, Ian Botham, intelligences, London, Olympic, Olympic Games, Rebecca Adlington, Social Intelligence, spiritual intelligence, values and virtues, wellbeing. Bookmark the permalink.

2 Responses to Week One and Olympic Gold