How do you teach children about values and virtues? You can give them a list and let them consider what each of the words mean. They could look these words up in a dictionary or online. You may even consider doing some role-play work to develop a child’s attitude, nurturing their personal response to a set of virtues. Ultimately, however, they have to experience the world and these virtues and values for themselves.

This week was a time to consider some values for myself and my child. What would be the outcome of honesty compared with dishonesty? Which would be the best course of action? How could I, as a considerate and thoughtful parent, justify being dishonest when I am constantly advocating the exact opposite course of action to my child?

It may seem incidental and insignificant but to me this was an important issue.

Undoubtedly like many young people who have spent a summer watching the Olympic and Paralympic Games, my son wanted to go into London to join the celebrations as the athletes from both games paraded through the capital.

The decision to hold the event on a Monday was deliberate. The authorities presumably believed that if they held it on a weekend, they couldn’t cope with the amount of people who may have turned up. As it was there were more than a million people on the streets of London and if children and young people had not been in school, if thousands had not chosen to loyally attend work instead of going to London to watch the games parade, there could have been the genuine problem of public safety.

This decision placed schools in an invidious position. Should they allow pupils a day off to attend or should they deny anyone the opportunity to attend this once in a lifetime event?

Obviously, if schools weren’t judged on their levels of unauthorised and authorised absences in the way they currently are, common sense might prevail, and I am sure that many schools both in and out of London did ensure that they looked at this matter thoughtfully, disregarding this nonsensical system. However, there were probably many other schools who took the line that Monday 10th September was a statutory school day and that anyone who did not attend school, specifically in order to attend the celebrations, would be given an unauthorised absence mark on their record.

So, I woke that morning, dutifully wrote a letter to the school explaining that I thought this event was an education in itself and that I would like my son to attend. As a person with integrity, and wishing to adhere to the protocol of the school, I explained that I was writing this letter because I wanted to be honest as to why my son wouldn’t be attending afternoon registration. I then gave the letter to my son, who took it into school at the beginning of the day as planned.

Not that it is particularly relevant, he didn’t actually have any timetabled lessons that day, as he is in his last year of school.

He returned home after registration to say that his tutor had said that the school wouldn’t authorise his absence, despite his lack of lessons, and that if he did attend the celebratory parade the absence would go down on his record – something he might like to consider as he is applying to universities.

This feisty one got on the telephone immediately to explain to the staff at the school that my son was going to attend the parade, that I would prefer him not to have an unauthorised absence but I was willing to take the ‘punishment’. I did also say that I felt that we were both being penalised for being honest. Had I lied to the school by deceitfully telling them he had a stomach upset instead of going through a process of honesty, then he would have had an authorised absence for the day and nobody at school would have been any the wiser – and his record of having no unauthorised absences would remain intact.

So was I right to be honest or wrong? Would it really be appropriate for me to encourage dishonesty in order to get what he wanted? Or should I just have been dishonest and not worried about it in order to protect his perfect record of attendance?

What would it have taught him if I had been dishonest in order to fulfil his desires, when dishonesty shouldn’t have been needed?

A few years ago, a friend of mine wanted to take his child out of school for a month. He had decided that the time was right for his family to go camping in New Zealand. To go such a long way for a fortnight was, in his opinion, not a sensible option. Due to the climate, they had to go at a certain time to ensure conditions were right for an 11 and 14 year old to trek through the mountains. As it happened, his child was in Year 6, was a guaranteed Level 5 in all subjects and would therefore not miss out too much on any specific learning (not that this should be a deciding factor in allowing children time out of school).

The head teacher refused to authorise this absence. She said that if she did so, it would set a precedent that other families may follow. My friend then queried the head teacher’s definition of education.

The same head teacher refused to authorise absences for another friend who had five children in school. She wanted a much needed holiday as her family had been through a fairly traumatic time. They couldn’t afford to go during the summer holidays and had requested a sensible and pragmatic decision from the head teacher. Her request was denied. The school was being judged on unauthorised absences and that was the only deciding factor as far as the head teacher was concerned. Logic, empathy and reason didn’t enter into it.

My son did attend the parade because I thought it would be good for him. I thought it would be good for him to go into London alone, armed with my camera as I couldn’t join him, to capture the feeling of the place. I wanted him to experience once more the absolute delight of human interaction and friendliness that we had experienced attending the Olympics this summer. I wanted him to feel mass excitement and thankfulness. I wanted him to share in the celebrations of achievement and togetherness. I wanted him to learn from these experiences and hold those memories for years to come. This was, in my opinion, an educational experience that he would not receive sitting in the library all day. There’s a time and place for that and this day was not one of those days.

I wanted him to experience, and develop his attitudes and values from what he saw, heard, felt.

He returned home on a natural high, eagerly sharing with me what he had seen, what he had heard, how he had felt, how others around him had talked to him, what they had experienced. It was a day that he most certainly shouldn’t have missed, just as my two friends were quite right to take their children out of school irrespective of the unauthorised markers that they received for offering a different type of education for a couple of weeks.

Through his personal passions, through his social abilities in being able to talk to the strangers around him, through witnessing the parade of excellence and the pleasure of the crowds he experienced something wonderful; an experience of spiritual intelligence indeed.

Sometimes, we teachers are exasperated when parents seem to expect all learning to take place in school. All good education comes in partnership and collaboration, whilst being mindful of individuality and personal needs. Yet as soon as parents take the initiative to do something educational with their children, there are certain schools that actively discourage this due to the ridiculous system for attendance and its related Ofsted judgments that becomes the driver rather than common sense. There are always going to be parents and children who might take advantage of any leniency offered by schools should the absence protocol disappear, but there should be more flexibility in the system, and there should be more acknowledgement that education is not just about the academic subjects studied within the school day.

As for teaching and learning about values when you have to resort to lying in order to get what you want? Well, it doesn’t really make much sense to me. 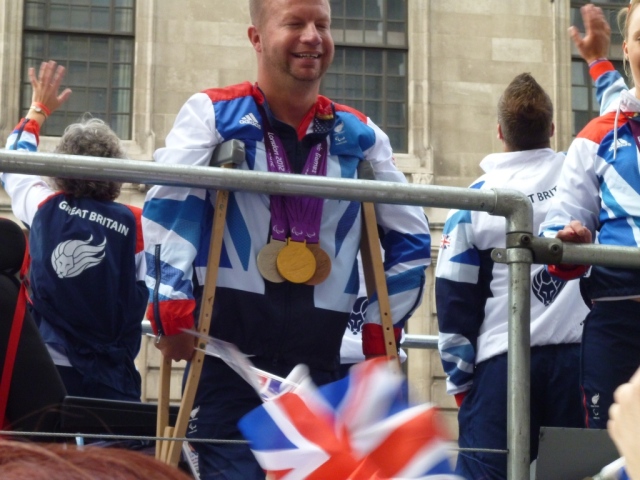 Gary Foskett and Clare Blackhall are educationalists, writers and consultants. We work with schools and other organisations who share our vision of how schools, businesses, etc should work in the 21st Century. We also run courses and contribute to conferences - speaking about our three dimensional model of intelligences and how schools, colleges and universities can develop the full potential of all their staff and students. We also offer consultancy for businesses and public sector organisations to support staff training and organisational change and development. For more detailed information read our blog at https://3diassociates.wordpress.com/ or see our website at www.3diassociates.com.
View all posts by 3D Eye →
Gallery | This entry was posted in Uncategorized and tagged 3Di Associates, absence, education, humanity and compassion, Olympic celebrations, personal intelligence, Social Intelligence, spiritual intelligence, unauthorised absence, virtues and values, What Is Education For. Bookmark the permalink.