It was my 23rd birthday. It was a brilliant sunny day and my first birthday in what would be my adopted home for the next 23 years. A friend and colleague from work asked me what I was doing and would I like to go with him to see his beloved Newcastle United play Arsenal. As a person interested in football, and having never been to Highbury, I decided that this would be a decent way to spend a birthday afternoon.

We bought our tickets, wandered into the ground and sat in the early spring heat to watch a match that, as usual, was completely dominated by the Gunners. At half time, there were mutterings around us. Those who had brought their radios into the ground were getting some information about something awful happening at another ground in the north of the country. An announcement from Arsenal then followed, explaining that three people had been killed in a crowd disturbance at Hillsborough. Those penned into the stands suddenly had a very real and understandable bout of empathy.

Within twenty minutes of the game restarting there was a further announcement that 56 people had been killed. The entire ground had this eerie, hushed whispering sound, and the players gathered together to decide whether to continue the game or not. There wasn’t anything that could be done so they completed the game, unaware of the facts of this atrocity.

Without mobile phones, I had no way on knowing whether my brother-in-law, who may well have been at Hillsborough, was safe, and I had an agonising wait in getting hold of him as I passed various telephone kiosks on the way home – many used but with no success.

I finally succeeded. He was safe. He hadn’t been to the game but I couldn’t talk to my sister, he said, as she had gone down to the ground to see if there was anything she could do to help.

As it turned out, she supported the family of a young boy called Adam Spearritt. He had been at the game and was lost, though his name was not on any of the victim lists. His father was in hospital but the young lad was nowhere to be found. Along with his family my sister travelled to the various hospitals in Sheffield where he may have been taken. Still no joy, they returned to the makeshift morgue but thankfully there was no sign of him there either. Continuing through the night, keeping journalists at bay from these worry-stricken folk, they finally returned once more to the morgue and found the young lad’s body.

Adam was one of the youngest victims.

Here is his father’s explanation as to what happened that day; the sort of comment that was largely discarded and ignored for too long.

Today, my thoughts are with my sister who was deeply and understandably traumatised by what she witnessed and experienced, and also with the families of all the victims. A twenty three year wait for justice, and finally the truth is beginning to emerge.

For those who wish to read more about the Hillsborough tragedy, please follow the links below. 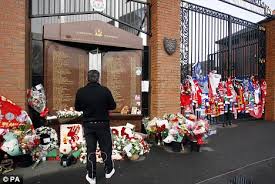 Everyone grieves in different ways. The grief lasts for different lengths of time for different people. Grief is one of the most unbearable feelings known to humankind. It is the overwhelming and permanent knowledge that there’s absolutely nothing you can do to bring the person who you are grieving for back into your life. Endings are impossibly difficult, especially when you know that there is no chance, no reprieve, no hope at the end of a very dark time.

But we survive grief in the main.

As CS Lewis was quoted as saying in the book and film “Shadowlands” – “Why love, if losing hurts so much? I have no answers anymore: only the life I have lived. Twice in that life I’ve been given the choice: as a boy and as a man. The boy chose safety, the man chooses suffering. The pain now is part of the happiness then. That’s the deal.”

Our happiness may return, in one form or another, once we have gone through the process of acceptance, understanding and embraced the impermanence of life.

Living in the now – that is what the Zen Buddhists would say is the ultimate way to live, and to an extent that is exactly as it should be. The now, that very instance, that has gone even before I have finished this sentence, is the ultimate source of calm and serenity. If we could all live in those singular moments and accept them fully for what they are, then our levels of unhappiness and disappointment would certainly decrease. However, it is easier said than done. Even within that ephemeral moment, we are human beings with a past and a future as well as a present.

The pain of the now in bereavement would not be so were in not for the wonderment of the relationship that put that level of grief there in the first place.

Would we really want to have no pain if it meant no companionship, no relationship, no consideration and lovingkindness with another human being? Of course not. The pain now is part of the happiness. That’s the deal.

As for the victims of tragedies such as Hillsborough though, it isn’t even that simple.

Bereavement is one thing. Feeling a devastating sense of grief with an additional sense of injustice compounds the loss irrevocably.

And of course it doesn’t just happen in the cases of tragic loss on this scale that is so public. Many of us grieve and this feeling of angst is compounded with the seeming injustice that accompanies it. My own father died at an age that I considered too young. It felt unjust.

Injustice is hard. Feeling totally unable to do anything when you intuit that something isn’t fair or right is a terrible state to be in. The families of the Hillsborough victims knew that the truth was being hidden – or at least they thought they knew. The various pieces of information from a variety of sources, together with their own first-hand experience, were a mismatch. They believed that people could have been saved had the police and the emergency services acted in a different way, but all the statements carefully presented at the inquest and the Taylor Inquiry pointed to a completely different truth – a truth that we now know was embellished and altered in order to protect the people who had made the wrong decisions.

We now know that there was a very strong possibility that 41 people could have survived after the 3.15 threshold. We now know that over 160 statements were altered to convey a completely different and false story to the one that actually took place.

Yet, the feeling of vindication for these families must be fleeting. Whilst they have the truth, or at least part of it, there is still the issue that they have had to face years of wondering, years of intuiting without getting the apology and the admittance that they deserved. That level of cruelty is inexcusable. No wonder they told Kelvin McKenzie, the then editor of the Sun who published gross lies about Liverpool fans, that his apology was “too little, too late”.

Today, they are faced with more questions and further probing in order to gain a greater insight and get justice for their loved ones. The inquest verdict of “accidental death” is no longer viable. Somebody is going to have to be accountable but even this isn’t going to return their loved ones to them or compensate for the years of not knowing but imagining what really did take place on 15th April 1989.

Of course, there is hope. Without the Freedom of Information Act, a piece of legislation that Tony Blair now refers to as one of his greatest mistakes as Prime Minister, these families would still be in the dark as to what actually happened. The fact that this new report was developed by a truly independent body that was not commissioned by the government has to be a lesson for further inquiries. But the injustice that has been felt for so long by these people is only just beginning to be dealt with.

As any regular reader would know, we advocate an education system that is based on virtues and values – values that are shared and acknowledged individually. When you have huge organisations, such as the police, the media, local and national government, quangos such as Ofsted, having large impenetrable systems, you really do wonder whether justice will ever rear its beautiful head from the threads of lies and deceit.

This case shows us two clear things to consider. Firstly, justice will ‘out’ eventually, even when it seems that you cannot possibly get anywhere in a David and Goliath situation. Look at The Leveson Inquiry. Whatever happens as an outcome, justice is being seen to be done. The Murdoch newspapers, the police, the politicians – they will be found out, however powerful they think they are. Justice is finally going to happen. They are not and never were above the law for all their presumptions of being so, in the vain and thankfully hopeless belief that they would never be found out.

The second thing is that we need to look responsibly and carefully at what we are doing regarding values education throughout a child’s time in school.

We’re not saying that devious and damaging behaviour is going to be eradicated altogether, but if all those police officers, ambulance drivers, council workers and the like who changed their statements (and then covered up the fact for 23 years) had been honest and had truly accepted and lived by the shared value of honesty, and had spoken out against the large institutions of rule, the families would not have been left in this state of intuitive flux for so long. Justice would have happened years ago.

The French have their national motto of “Liberty, Equality and Fraternity”

It stands resplendent on so many buildings throughout the country; a constant reminder of  hope. 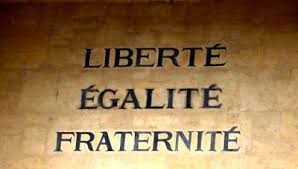 Let’s see if we can borrow some of this wisdom right now to ensure that the aftermath from such tragedies as Hillsborough never happens again, and that the truth is not veiled to the eternal shame of anyone who continues to defy this important virtue.

“There may be times when we are powerless to prevent injustice, but there must never be a time when we fail to protest.”

“I shall conquer untruth by truth. And in resisting untruth, I shall put up with all suffering.”

“If you tremble with indignation at every injustice then you are a comrade of mine.”

Gary Foskett and Clare Blackhall are educationalists, writers and consultants. We work with schools and other organisations who share our vision of how schools, businesses, etc should work in the 21st Century. We also run courses and contribute to conferences - speaking about our three dimensional model of intelligences and how schools, colleges and universities can develop the full potential of all their staff and students. We also offer consultancy for businesses and public sector organisations to support staff training and organisational change and development. For more detailed information read our blog at https://3diassociates.wordpress.com/ or see our website at www.3diassociates.com.
View all posts by 3D Eye →
This entry was posted in Uncategorized and tagged Adam Spearritt, coping with grief, disaster, Hillsborough, hope, injustice, justice, Leveson Inquiry, Liberty, Liverpool Football Club, shared values, Sheffield, spiritual intelligence, The Taylor report, tragedy, virtues and values. Bookmark the permalink.

2 Responses to Dealing with Injustice