This is the true joy in life . . . being a force of Nature instead of a feverish selfish little clod of ailments and grievances complaining that the world will not devote itself to making you happy.

Progress can do nothing but make the most of us all as we are . . .

We must either breed political capacity or be ruined by Democracy, which was forced on us by the failure of the older alternatives. Yet if Despotism failed only for want of a capable benevolent despot, what chance has Democracy, which requires a whole population of capable voters?

He who would learn to fly one day must first learn to stand and walk and run and climb and dance; one cannot fly into flying.

Supposing we have an education system that enables us to develop each of our six intelligences to very high levels. What kinds of people do we become?

Do we become like those whom Tom Wolfe called ‘The Masters of the Universe’ – the investment bankers and hedge fund managers who are capable of managing vast amounts of wealth thanks to their ability to handle complex mathematics and statistics, and their ability to create mind-boggling financial ‘derivatives’?

Do we become university professors with massive intellects and masters of huge fields of knowledge?

Do we become great artists, great athletes and great writers?

Do we become great politicians, great business creators and directors, and great entrepreneurs?

Or maybe not. Maybe we could learn to find humility and contentment, and discover the joys of being of service to others, as well as capable citizens and virtuous human beings.

The point of saying all this is that it’s sometimes helpful for parents and educators to think about the qualities of what the psychologist Abraham Maslow called ‘fully evolved human beings’.

Maslow was unusual in his day in that he wasn’t much interested in dealing with the symptoms of human sickness and inadequacy, and he preferred to focus on the positive qualities in people. His concern was with figuring out what makes the most able individuals become what they are. He was in fact the father of ‘positive psychology’.

In this and in our next two posts we’re listing the attributes that Maslow observed in the highly able people he studied. Whilst it may not be possible for schools and colleges to be solely responsible for developing such individuals, it’s certainly the case that our education systems can either be of enormous help in developing them, or they can enormously hinder such development.

Maslow called these exceptional human beings ‘self-actualised’ people. The actualisation process means the development or discovery of the true self and the development of existing or latent potential. 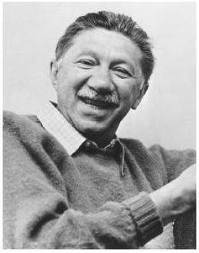 Fully developed individuals have a kind of humility – the ability to listen carefully to others, to admit that they don’t know everything, and an understanding that other people can teach them something.

The self-actualised perception is less distorted by desires, anxieties, fears, hopes and false optimism or pessimism.

Self-actualizing people are dedicated to some work, task, duty or vocation which they consider to be important.

Creativity is a universal characteristic of a self-actualised person. Creativeness is almost synonymous with health, self-actualization, and full humanness. Characteristics associated with this creativity are flexibility, spontaneity, courage, willingness to make mistakes, openness and humility. This creativity is similar to the creativity of children before they have learned to fear the ridicule of others, while they are able to see things clearly and freshly.

Self-actualizing people are less inhibited, and therefore more expressive, natural and simple. They are self confident and have self respect. They lack the fear of making mistakes and their flexibility allows them to be able to change as situations change; they are able to break habits, to face indecision and changes without undue stress.

A characteristic of the self-actualized person is a low degree of self conflict. The more they become unified as an individual the more they see the possibility for more unity in the world.

These people find happiness in helping others. They enjoy their work, and they enjoy play; their work becomes play.

They have respect for themselves based on the knowledge that they are competent and adequate. They rely fully on their own capacities. They are the most individualistic members of society and at the same time the most social, friendly and loving. They are governed far more by inner directives – their own nature – and by natural needs than by those of their society or their environment. They are less needful of praise, honours, prestige or rewards. 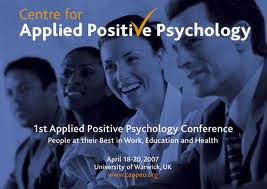 “Honours, prestige and rewards” are often the things that drive our schools and our education systems. Currently there seems to be an obsession in our society with maximising exam success and getting children into “the best universities”.  Young people are so pressurised to achieve the highest honours that they inevitably feel like failures if they don’t achieve their ‘targets’ and their ‘expected’ grades.

Lifelong learners, on the other hand, read widely, study hard and extend their skills and knowledge for the sheer joy of learning.

The world’s best education systems deliberately set out to maximise personal intelligence, social intelligence and emotional literacy though their curricula for PSHE. They understand that healthy, self-actualised human beings who possess the character attributes listed by Maslow have a far better chance of living productive, creative and fulfilled lives. Exam success on its own is absolutely no guarantee of self-actualisation.

Come back for more on this tomorrow.

Gary Foskett and Clare Blackhall are educationalists, writers and consultants. We work with schools and other organisations who share our vision of how schools, businesses, etc should work in the 21st Century. We also run courses and contribute to conferences - speaking about our three dimensional model of intelligences and how schools, colleges and universities can develop the full potential of all their staff and students. We also offer consultancy for businesses and public sector organisations to support staff training and organisational change and development. For more detailed information read our blog at https://3diassociates.wordpress.com/ or see our website at www.3diassociates.com.
View all posts by 3D Eye →
This entry was posted in Uncategorized and tagged 3Di Associates, Abraham Maslow, citizenship, creativity, curriculum, education, happiness, Human, intelligences, learning, Maslow, multiple intelligences, personal intelligence, positive psychology, schools, Self-actualization, Social Intelligence, teaching and learning, values and virtues, wellbeing. Bookmark the permalink.

1 Response to Descriptions of Fully Evolved Humans – Part One