Britain is not the only country where tough questions are currently being asked about the future of higher education and the purposes of universities and university education.

The London Observer newspaper and Chinadaily.com this week carried an article originally published in the New York Times by Tom Brady in the ‘Lens’ column:

The Ivory Tower is Spurned

With anemic job growth around the world and educated young people struggling to start their careers, some are beginning to wonder if it’s all worth it.

All that education, they mean. 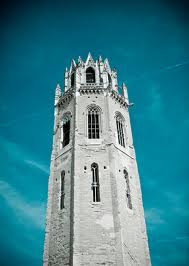 In lieu of completing a fouryear degree, a growing group of young Americans are turning to groups like UnCollege, which promotes a do-it-yourself approach to education, or taking advantage of massive open online courses known as MOOCs, which stream classes from elite universities.

And like some of the best-known and richest entrepreneurs – Mark Zuckerman, Steve Jobs, Michael Dell, Bill Gates – they are dropping out after a year or so.

“Here in Silicon Valley it’s almost a badge of honour,” Mick Hagen, 28, is quoted as saying. Mr Hagen goes on to say that dropouts tend to be free thinkers and risk takers.

This makes sense to us. It reminds us of a young man who signed up to do a Masters degree course only to discover that it offered little or no opportunity for free thinking and independent research – simply another year spent jumping through yet more academic hoops in order to get good grades and to sit more timed examinations. This bright young person dropped out after only a couple of weeks.

“College imposes a lot of constraints, a lot of limitations around what you can and cannot do,” Mr Hagen continued. “Some people want to stretch their arms, get out and create more, do more.”

Of course they do. They also want to have a say in creating their own learning and intellectual explorations. They want to experience the excitement of learning, and they want to follow their true interests and to make learning as meaningful and enjoyable as possible. Why can’t they be shown what they will need to do in final examinations, and then be supported to tackle their studies in whichever way they choose?

It’s obvious that a lot of young people will want to access the very best lecturers on-line if their lectures are posted on the Internet. Who wouldn’t? Why not learn the things that matter the most to you – and learn them from the very best teachers and at the speed and in the order you decide on for yourself?

The same thinking will increasingly apply to school-age young people. Why be bored to distraction in school if you can learn more and learn faster using the best best learning resources that are available on the Internet free of charge? Is it any wonder that homeschooling is gaining in popularity, especially if parents become more aware that their children a) don’t enjoy school b) don’t have a good teacher c) can easily get access to brilliant learning resources on their home computers d) can actually learn better and learn faster at home, without wasting time on long journeys to and from school, and without having to become stressed and tired with large amounts of meaningless ‘homework’?

Have educators and policy makers really begun to explore these issues? We believe they have in places like Finland, Shanghai, Singapore and Hong Kong – which is why these places have a different vision for both school and university education in the 21st Century.

A study published last year said that many students at traditional colleges showed no improvement in critical thinking or complex reasoning and writing, and many spent their time socialising, working in paid jobs, or just wasting time instead of pursuing their studies with enthusiasm and interest. Clearly there are thousands of young people who are paying a great deal of money in university tuition fees but failing to do more than the bare minimum of studying in order to pass year-end examinations. This is a ridiculous and expensive waste – and all because of alienation and failure to become truly engaged with meaningful learning whose content the students have had some say in deciding.

Teachers, lecturers, schools and universities need to re-think as a matter of urgency their aims and their roles. What value are they really adding to students’ own independent learning? Do they even set out to help students become original thinkers and creative individuals who are lifelong learners for the sheer love and joy of learning? Are they perhaps just cogs in education factories designed to turn out individual units of achievers that are graded “First Class”, “Second Class”, etc?

Such an impoverished view of what education is all about will no longer do. It was never good enough, and in a wired world in the 21st century it will be rejected by more and more students, and more and more countries. 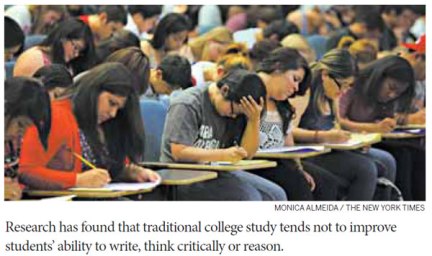 As teachers ourselves we believe passionately in the role of the teaching profession, and in its importance to society. We believe in a profession that believes in itself: which is assertive about its mission to educate, and to do so in ways that will increase rates of participation and engagement in learning. As a profession we have to put our own house in order and we have to present ourselves as being united in a determination to put in place a new vision of education – one that sets out to educate holistically, to enable the development of all six of our intelligences, to make learning more meaningful and enjoyable, to improve students’ ability to read, write and think critically, and to improve their capacity to be creative and to lead fulfilled lives.

We want to see the end of factory schools and universities, and the end of the notion that they exist mainly or solely to ‘prepare young people for the world of work’. We want to see children’s rights respected. And we never again want to hear the head of a school say there’s nothing wrong with ‘teaching to the test’.

Gary Foskett and Clare Blackhall are educationalists, writers and consultants. We work with schools and other organisations who share our vision of how schools, businesses, etc should work in the 21st Century. We also run courses and contribute to conferences - speaking about our three dimensional model of intelligences and how schools, colleges and universities can develop the full potential of all their staff and students. We also offer consultancy for businesses and public sector organisations to support staff training and organisational change and development. For more detailed information read our blog at https://3diassociates.wordpress.com/ or see our website at www.3diassociates.com.
View all posts by 3D Eye →
Gallery | This entry was posted in Uncategorized and tagged 3Di Associates, Bill Gates, creativity, curriculum, education, enjoyment, exams, Finland, Higher education, intelligences, Internet, ivory towers, learning, MOOCs, motivation, multiple intelligences, New York Times, online learning, pedagogy, personal intelligence, PSHE, pupil entitlement, schools, teaching and learning, universities, values and virtues, wellbeing. Bookmark the permalink.