Returning to our previous post’s thoughts on culture and education, on the arts and the sciences, it’s interesting that Melvyn Bragg’s programme explained how theology was once deemed to be a science because it deals with knowledge (though not with facts). Remember that old BT advertisement on television in which Maureen Lipman’s Beattie character proclaimed with great excitement and pride that her son had “got an ‘ology”? It was a good joke, not least because it highlighted the opinions of those who sees exam success in terms of the superiority of the sciences. 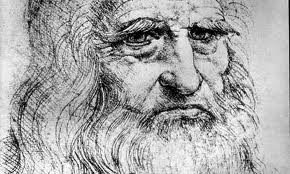 Knowledge isn’t everything. More on this later.

The third issue from Melvyn Bragg’s programme yesterday is about the attraction of opposites, and their repellent nature too.

Opposites attract. We know that. Even from the most rudimentary level of scientific understanding, we know that. We also know that they can polarise too.

Consider a magnet. It attracts some metal to metal, but feel the force between two similar ends when you attempt to put them together. It just doesn’t work.

We are told that oil and water don’t mix well, and scientifically that is true. But look what happens when you put coloured oil into a glass of water. It’s magical!

Fifty years on from C.P. Snow’s lecture about the clash between science and the arts, we are still fighting not fusing. Where there is difference, we should try and see the similarities. If there are no similarities, then we should look at how differences can complement one another.

Science and art can live together through their similarities and differences, just as humans can and do. We are all different and we make the choice as to whether to be harmonious with one another or not. As C.P. Snow said the clashing point ought to produce creative opportunities.

The next issue that we want to consider from this programme is about the use of language about intelligence.

There were arguments centuries ago that still haven’t been resolved. Some suggested that science was never accepted as “imaginative creativity”. Anything with an “ology” was knowledge based and therefore scientific. Science was seen as “reliable official knowledge”.

So what is knowledge? And how is it different from fact? We might “know” something to be true when there is no factual information for confirmation. The lack of factual ‘proof’ doesn’t necessarily negate a hypothesis.

Our intuition is as important as facts, and can still be “knowledge” because it embraces more than intellectual understanding.

We can gain “knowledge” about ourselves and our world from great writing or from looking at magnificent pieces of art or the study of a period in history. Our reaction to this learning is as viable as the factual or knowledge based learning itself. It enables us to develop our social and personal intelligence. It forms our values and our reactions. Learning creates a sense of spiritual wellbeing.

We dismiss our other intelligences at our peril. Life and intelligence is not primarily about the intellect.

It may seem pedantic, but if we are ever to create a sense of unity between the arts and science, amongst other things, we need to look at this carefully, and we need to be explicit about the words that we choose to use.

Science and the arts help us to learn to be more intelligent as well as more intellectual, and both are equally important. Some people have a greater affinity or attraction to science than others, but it doesn’t make it superior.

Learning increases intelligence, in whatever form.

Finally, we need to understand that programmes such as these on culture and education can increase our thirst for learning. 45 minutes isn’t enough.

This programme in itself was fascinating, but what is exciting is where it can lead you. We knew about Matthew Arnold and Thomas Huxley before this programme was broadcast, but I personally didn’t know about the work of the third generation of their family or even that there was a family connection.

For this I must thank good old Wikipedia.

The briefest of references in the programme has led me to discover that Aldous Huxley was fascinated by the similarities and differences between East and West; that both spheres of the world can learn from one another, that there isn’t a right or wrong way – just a different way, and through unity not polarity we can learn – together.

This is precisely the sort of learning that should come from programmes like this. There’s the initial discussion about the cultural emphasis and role of science and humanities but this can lead to all manner of learning that isn’t directly related to the initial input.

And this is what we should be enabling children and young people to do.

Sit them in front of a 45 minute lecture on cultural diversity and they might not be too engaged. Sit them in front of it and ask them to take one aspect of learning that they can explore for themselves as an outcome of the programme and we are likely to go somewhere.

One student might choose to study the work and life of Thomas Huxley or Matthew Arnold. Another might like to take photographs of things that clearly combine science and art. Another might choose to go into the biography of Melvyn Bragg and discover how he came to be such a prolific commentator on culture. Others might like to sit and take it all in, without doing anything specific as an outcome – maybe simply commenting with a short or lengthy summary of what it means to them.

We must enable children, young people and indeed ourselves to learn independently, to create our own learning environment and be able to use programmes such as these to enable learning to take place – to “find ourselves” and our interests, and to unite through sharing our learning and to stop looking for the difference all the time. Regrettably our examination system works against this.

Through learning from programmes such as these, from experiences in our everyday lives, from meditation and reflection, we need to unite as a community of learners, and not polarise and split into factions waving the banners of science or the arts. We need to become communities of learners and collaborators, and not be separated and sifted into isolation as specialists, or as individual winners or losers.

At this point, of course, the whole issue becomes highly philosophical and political. Do we see ourselves as communities of equals, whose lives are predicated on the principle of egalitarianism and mutuality, or do we see ourselves as participants in various rat races in which the winners take all? You pays your money and your takes your choice.

Unfortunately, some choices may no longer be available, and the prizes may only go to those who have access to the best resources, the best facilities, the best tutors and the best teachers. For many, there will be no prospect of becoming a winner, just as for others there will be nothing left to chance, no stone unturned, no expense spared and no possibility of being left behind or declared a loser.

The sad truth, however, is that many of the apparent winners turn out to be losers when they find themselves living and working in fields that might offer great prestige and rewards, but which for those individuals turn out to be entirely meaningless and even alienating.

It all comes back to what Sir Ken Robinson refers to a “finding your Element”. It’s time we learned that particular lesson, and time to change our education system accordingly. The only true winners are those who discover, by hook or by crook, their Element. We can make it easy, make it hard, or make it impossible for young people to do so. At the moment it seems we simply don’t care whether they do or not. We can’t even see that it’s the whole point of an education system. We’re stuck in age where in this country, at least, many headteachers declare that they’re simply preparing children and young people for ‘the world of work’, and many headteachers can’t see the stupidity and immorality of simply ‘teaching to the tests’ – whatever the tests may be.

Is it really beyond the understanding of certain people within education, and certain politicians, that young people are entitled to have all of their intelligences developed, and through doing so become three-dimensional, creative, autonomous individuals who thrive in life as a result of becoming the people they should be and living their lives within their true Element?

Gary Foskett and Clare Blackhall are educationalists, writers and consultants. We work with schools and other organisations who share our vision of how schools, businesses, etc should work in the 21st Century. We also run courses and contribute to conferences - speaking about our three dimensional model of intelligences and how schools, colleges and universities can develop the full potential of all their staff and students. We also offer consultancy for businesses and public sector organisations to support staff training and organisational change and development. For more detailed information read our blog at https://3diassociates.wordpress.com/ or see our website at www.3diassociates.com.
View all posts by 3D Eye →
This entry was posted in Uncategorized and tagged 3Di Associates, art, curriculum, education, humanities, intelligence, learning, Matthew Arnold, Melvyn Bragg, multiple intelligences, pedagogy, schools, science, teaching and learning, The Value of Culture, wellbeing. Bookmark the permalink.