The origin of the word “emotions” is the French word “emouvoir” – meaning to stir up, to move, to excite, which in turn is derived from the Latin emovere. 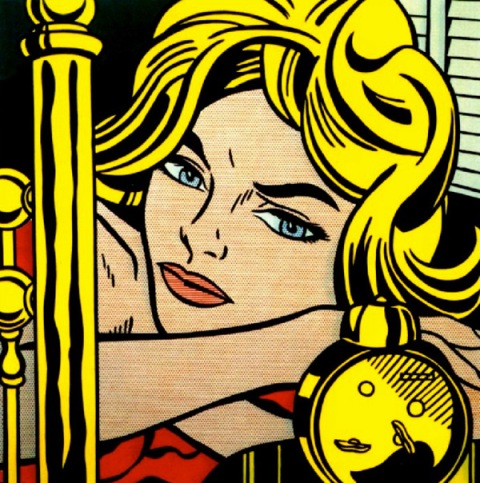 The word “emotion” in itself causes an emotional response in some, and there’s often a distinct lack of agreement as to what this word means, even before we tackle the other thorny issue of the meanings of emotional intelligence and emotional literacy.

One dictionary definition of “emotion” is – “an affective state of consciousness in which joy, sorrow, fear, hate, etc, is experienced, as distinguished from cognitive and volitional consciousness.” 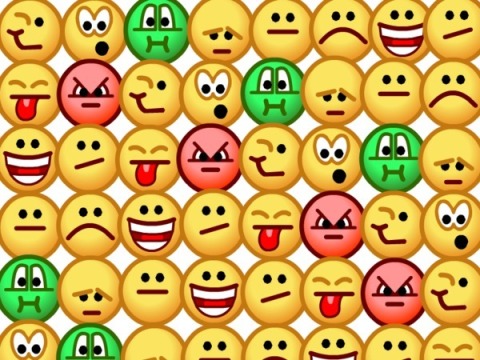 Before we go further, there’s a general thought that we have 6 basic emotions, as outlined by Paul Ekman. Having looked at approximately 60 sites, there seems to be consensus on this though there are some variations, where eight or nine basic emotions are offered.

3Di Associates are going to investigate this further.

These six emotions outlined by Paul Ekman are, 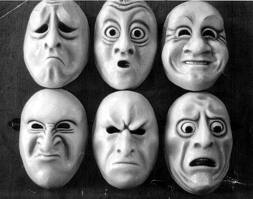 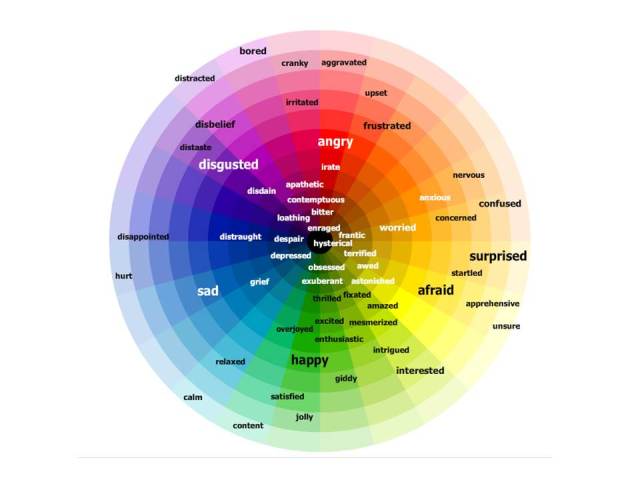 Are these feelings or emotions?

Here’s an example to try and demonstrate this.

A child (A) is playing in a playground with a toy that another child (B) wants. 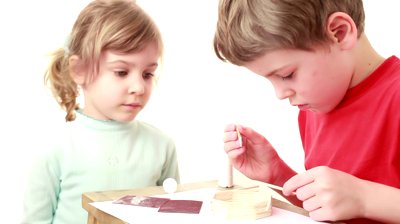 Child B goes to child A and snatches the toy. Child A then lashes out at Child B with both verbal and physical reactions. Both children fight over the toy. Both are left in tears with a discarded toy between them as adults intervene to prevent further arguments.

What is happening to Child A?

Child A is contentedly playing with his toy. He is happy, calm, using his imagination and is generally feeling very positive. When faced with the aggression and demands of Child B, Child A reacts. His reaction is instinctive. He automatically fights for his rights to the toy. He is now angry and potentially aggressive in what he says and does.

What is happening to Child B?

Child B is feeling a little envious of Child A because he has something that she wants. She thinks about her options but essentially cannot rid herself of the desire to have what Child A has. She thinks that the only way she can get what she wants is to snatch the toy from Child A – which she does. In a split second of having the toy, she is instantly gratified but this is short lived as Child A defends his right to the toy by shouting at her and hitting her. She too is now angry, potentially aggressive in retaliation, and upset.

Neither child is using their intelligences collectively. They are not demonstrating an understanding of emotions, i.e. they are not emotionally literate, or emotionally able. 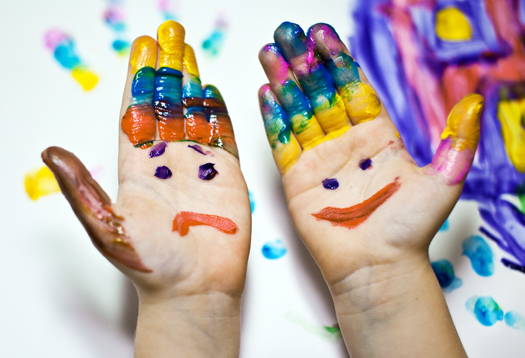 What both of these children are doing is thinking about themselves and not about the effects of their behaviour or their desires on other people. This, in turn, causes calamity. These children have a decent sense of what they want. They have an understanding of their own desires, and in some situations, this indeed is laudable. It’s good to know ourselves enough to know and understand what we want and why we want it. We would say that these children are using their “personal intelligence”.

What neither child is doing is using their “social intelligence”. They aren’t considering the feelings of the other child. They are wholly concerned with their own desire to play with the toy, irrespective of the feelings and reactions of the other person. They haven’t, in this instance, considered the possibility of sharing the toy. 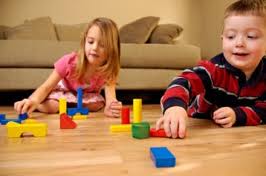 As this is a hypothetical example, though very realistic to anyone who has witnessed children learning how to play together, let’s assume that Child B has actually considered the reaction of Child A should she take the toy away from him.  Let’s suppose that she does have a sense of social intelligence, and she has thought about the fact that Child A could be extremely angry if she took the toy away from him. Having considered the negative possibilities, she has decided that the desire to do what she wants far outweighs the needs of the other child. She has thought about this using her “intellect” – her experience of other times when a similar situation has arisen. She has therefore made a calculated decision, accepting the possible repercussions in order to have the toy. So, although she clearly has a social understanding, she has chosen not to be socially intelligent. One could say she understands and sympathises with Child A but she is not acting on that and is therefore not being empathic.

In reaction to her intervention, Child A is angry. He instinctively lashes out. No thought has gone into his subsequent actions. All he “knows” is that he no longer has the toy and he wants it back. Once more, he isn’t using his social intelligence. If he did so, he would have thought about the effect of hitting the other child and this would prevent him from doing so. He is merely reacting instinctively – an instinct borne out of the destructive emotion of fear.

At the time of playing with the toy, Child A is in his element. He is loving what he is doing and this is giving him a general sense of wellbeing and wonderment. He is feeling great. The practical playing with this toy is feeding his spirit in a very positive way. Understandably Child B wants a piece of the action. She too wants to feel the benefit of being spiritually gratified. Don’t we all want to be spiritually content?

What we have here is a sorry situation that needs a different outcome, and in order for that outcome to be positive, we need to have a range of intelligences working together. 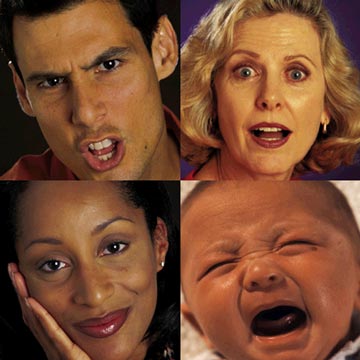 We have to be mindful of our desires – personal intelligence.

We have to be mindful of the desires and needs of others – social intelligence.

We have to think of the consequences of our actions, often based on previous experience – “thinking intelligence” – intellect.

We have to work out a way, in this instance, to rein in our automatic responses – instinctual intelligence.

We have to wonder what the most positive outcome is and what we aspire to want for ourselves and others – spiritual intelligence.

We have to consider the values of the individual and the collective – spiritual intelligence.

We might also have to consider the value of playing with a toy and how we use our senses – physical intelligence. 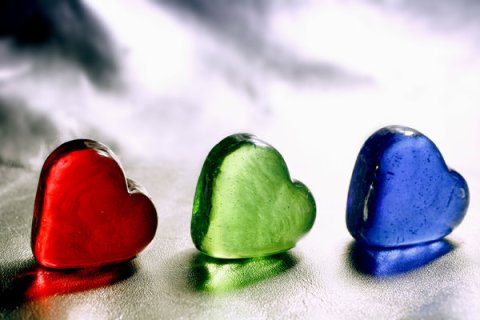 Let’s return to the scenario with a more intelligent outcome.

Child A is playing contentedly with the toy. Child B wants the toy. She considers what to do. From previous experience she knows that it’s wrong to just take something that someone else is playing with but she really wants the toy. So she calmly walks over to Child A and asks for the toy. There’s always the possibility that Child A has finished with the toy or is happy to share it with others. When Child A refuses to give the toy to Child B, she then negotiates. She is considering her feelings as much as the feelings of Child A.

Child A still refuses to hand over or share the toy. Child B is now fighting her instinct. She is reining in her instinct to fight, to snatch, to be aggressive. She is recognising that this instinct is there, which is personally intelligent in itself. She then continues to negotiate with Child A, irrespective of the resistance that she is witnessing. Child A, meanwhile, is finally beginning to rediscover his social intelligence. He is beginning to see the needs of others and accordingly he decides to enter into negotiations. He offers a compromise which is initially unacceptable to Child B. He then offers an alternative that they both agree to, and the situation is resolved. 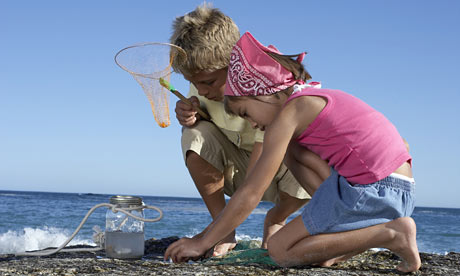 At this point both children are content. They have shared not only the toy but also their values. They have demonstrated empathy whilst being mindful of their personal desires. They have discovered that they can have what they want without causing either mental or physical harm to the other person. They are behaving intelligently using their intellect, their social and their personal intelligence – all combining to show that they are emotionally literate. They are demonstrating what some might call emotional intelligence, and what we would say is a clear demonstration of component intelligences working together.

Child A and Child B are fictitious, but patently this is a scenario that is all too familiar with nursery and foundation stage practitioners. As educators we need to give children these experiences and help to nurture their ability to be emotionally able. We wouldn’t advocate leaving children to experience physical abuse from one another in order to learn, but we do have to allow children to think for themselves, so that we can eventually withdraw and leave them to their own devices to negotiate for themselves, being considerate at all times, and valuing their needs as well as the needs of others.

Of course, Child A and Child B could also be Adult A and Adult B in a range of contexts. Our point is that we have to work at being emotionally competent. 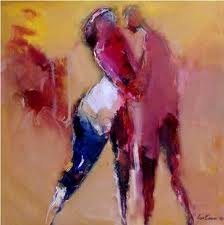 There’s a huge difference between being emotionally incompetent and having “episodes” of emotional incompetence. There are some that are so egotistical that they cannot even begin to think about the needs of others, and others who have temporary bouts of selfishness. There are some that simply haven’t ever learned how to be socially intelligent and those that, driven by fear, envy, passion, desire or a specific circumstance, can temporarily lose their ability to be emotionally contained and controlled. 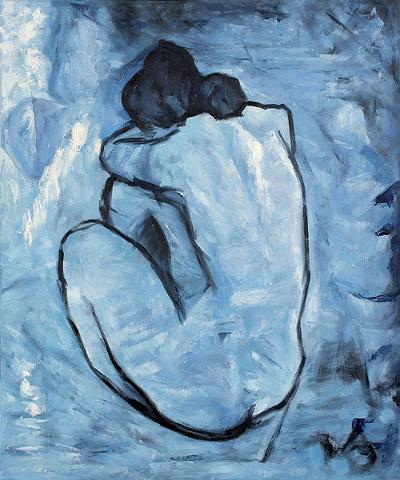 As educators, as people, we argue and debate over the semantics involved with “emotions” and “the mind”. The entire subject is consumed by misunderstanding and an inability to agree on the meanings of all of these component parts – and in some ways it’s vital that we get the language right. However, what is agreed is that we need to learn and we need to enable others to learn how to control and manage emotions and associated feelings. We need to learn how to be responsible for our own wellbeing and the wellbeing of others. We need to think about our intelligences, our aptitude to be socially aware whilst also being considerate to ourselves. We need to understand balance, accept and deal with change, appreciate shared values and understand that we are all individuals with specific needs.

Whatever we do we need to act intelligently, and we believe that intelligence goes much further than the ability to think. 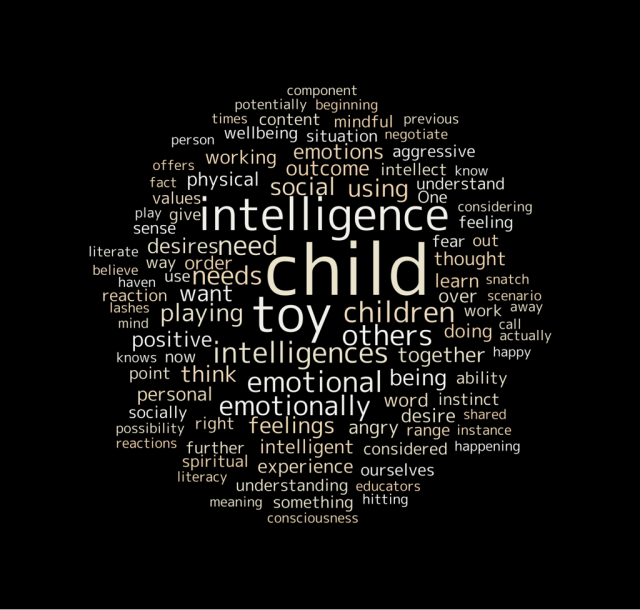 Gary Foskett and Clare Blackhall are educationalists, writers and consultants. We work with schools and other organisations who share our vision of how schools, businesses, etc should work in the 21st Century. We also run courses and contribute to conferences - speaking about our three dimensional model of intelligences and how schools, colleges and universities can develop the full potential of all their staff and students. We also offer consultancy for businesses and public sector organisations to support staff training and organisational change and development. For more detailed information read our blog at https://3diassociates.wordpress.com/ or see our website at www.3diassociates.com.
View all posts by 3D Eye →
This entry was posted in Uncategorized and tagged 3Di Philosophy, desire, Emotion, emotional competence, emotional intelligence, emotional literacy, empathy, instinct, intellect, intelligence, Managing emotions, personal intelligence, six emotions, Social Intelligence, Social Sciences, spiritual intelligence. Bookmark the permalink.