The Future of Teaching

Do you have a general vision of what education and lifelong learning should be about?

Did you learn something accidentally – or deliberately?
Did you read something interesting? (In a book, in a newspaper or magazine, on a screen?)
Did you write something down? (On paper? On a screen? By copying and pasting?)

As someone said on the radio this morning – Why have a National Curriculum when you can have personalised learning for every child?

My interest is in universal issues of how people think and how they learn to think . . . and a general vision of what education should be about.

This book is really about how a culture and a way of thinking comes to inhabit a young mind.

Computers may affect the way people think and learn, and computers might enhance thinking and change patterns of access to knowledge.

For people in the teaching professions, the word “education” tends to evoke “teaching”, particularly classroom teaching . . .

I see the classroom as an artificial and inefficient learning environment that society has been forced to invent because its informal environments fail in certain essential learning domains. [Such as writing and maths] I believe that the computer presence will enable us to so modify the learning environment outside the classrooms that much if not all the knowledge schools presently try to teach with such pain and expense and such limited success will be learned as the child learns to talk – painlessly, successfully and without organised instruction. This obviously implies that schools as we know them today will have no place in the future. But it is an open question whether they will adapt by transforming themselves into something new, or wither away and be replaced.

My vision of a new kind of learning environment demands free contact between children and computers, and [ideally] every student to have his or her own powerful personal computer.

Certain uses of very powerful computational technology and computational ideas can provide children with new possibilities for learning, thinking, and growing emotionally as well as cognitively.

In a computer-rich future a computer will be a significant part of every child’s life.

These words were published in Papert’s book Mindstorms in 1980. 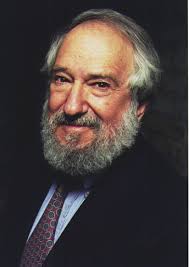 We’re recalling Papert’s futuristic thinking today as a result of reading an article we came across thanks to a “tweet” containing a “(hyper)link” to a “website” that carries an article about “Constructivism” in education in Thailand. Here are several words that didn’t exist in 1980. Neither did “broadband” or “World Wide Web”. (http://www.sean.co.uk/a/science/history_of_the_internet.shtm)

One of the most encouraging trends in the world of education in the past few years has been that of British educators beginning to notice that there is indeed a whole world out there in which education takes place, and that we can learn from educators in other countries – even the non-English speaking ones.

Whilst successive British governments have continued to look to the USA for inspiration (SATs, involvement of the private sector, the targets culture, performance-related pay, etc) there’s also been a lot of attention paid to the East Asian countries and their rise to prominence.

A great deal of the focus has been on Singapore, Hong Kong and Shanghai Province, where there has been a transformation, if not a revolution, based on the Finnish model. There has also been attention on South Korea, where hothousing and cramming have remained the dominant modes with an intention of “driving up” test and exam scores.

So far, Thailand has been below the radar – but not any more:

Constructivism: The future of teaching

Thailand’s first symposium on constructivism saw national and international experts on the learning theory gather to discuss their experiences recently at King Mongkut’s University in Bangkok.

In Thailand, the constructionism theory was initiated in 1997 by the Suksaphattana Foundation in collaboration with Professor Seymour Papert, the creator of constructionism, from the MIT Media Laboratory, with the establishment of the Lighthouse project.

Constructivism is a child-centred theory that encourages learning via active experience, rather than passively by rote.

Sopapun Chuentongkam, who’s been teaching the theory for more than a decade at Bansankampaeng School, said constructivism had been a success after initially being adopted for grades 4 to 6, then for the whole school. In 1999, the Chiang Mai school became the first in Thailand to implement the new teaching strategy.

Students at Bansankampaeng School were happy learning through their own actions, and eager to come to school even on the weekends thanks to this teaching philosophy,” Sopapun said.

Parents were also deeply involved in designing activities in the learning process, she said, and a survey had shown more than 80 per cent were satisfied with their children’s learning. It has been estimated that constructivist learning can achieve in six years what it takes traditional learning 30 years to achieve.

Sopapun said the school had received a number of awards from both local and international institutions for its teaching methods.

Suriporn Luangyai, a teacher at Municipality 4 School in Lampang province, who has also been teaching for 10 years, said six stages of learning implemented in the school brought tremendous changes in terms of creativity among the children. The students are more receptive to the curriculum, and this student-centric learning system offers more democracy in the classroom, giving more freedom and choice to the students.

“They are more curious about learning by doing themselves,” she said. “They are now able to efficiently summarise by themselves what they have learned. It’s not passive learning.”

The school has many success stories and many awards, including innovation awards. “Our students’ technical ability exceeds government standards,” Soriporn said.

Surat Tanprasertku, a teacher from Darunsikkhalai School for Innovative Learning (DSIL), says the school was founded in 2011 as part of the Lighthouse Project, as a model in terms of innovative learning. The students here have come up with a number of projects including making model planes and a pizza business. The applications go beyond learning and into organisations and the industrial sector, as well as vocational training institutes.

Dr David Cavallo, who is impressed with the progress of constructionism theory in Thailand, says it’s our responsibility to build value into the education culture.

“It’s so wonderful to see how much has been developed in the last 15 years through the relationship between MIT and Thailand,” he said. “Thailand has had very strong economic growth in the last 15 years, yet it’s difficult to sustain. To move up the economic ladder, creating and working with technology to develop human capacity, especially for children, is very important for sustainability.”

“Children never lack potential. They really have their own ideas and knowledge. Therefore, what’s most important is creating a platform for innovation, thinking and construction,” he said.

“Computer usage is a new ‘construction material’ in which children have great interest,” said Dr Cavallo, who is also a vice-president for education and chief learning architect on the One Laptop Per Child (OLPC) project. His work focuses on working with the governments of developing countries to make laptops a means of support in transformation efforts.

Around this time last year we were in Japan and seeing at first hand how, at Kinokuni Children’s Village, such constructivist learning took place through “topics” throughout the school. There has been much interest within Japan in Kinokuni’s approaches, which are very similar to those described in the article above, albeit without the emphasis on ICT.

Throughout the Kinokuni family of schools the emphasis is on creativity, self-expression and learning through activity and experience, so that learning is affective as well as cognitive. Learning is personal, social, and achieved essentially through the motivation and interests of the students themselves.

Dr Shin-Ichiro Hori, the founder and director of Kinokuni, who is an ex-professor of education, believes passionately that children learn best under conditions of freedom, choice and co-creation of learning with the staff of the school. He’s also determined that children must learn to be skilled socially, to be emotionally literate, and must develop high levels of self-confidence and independence, in part by learning to be effective communicators. 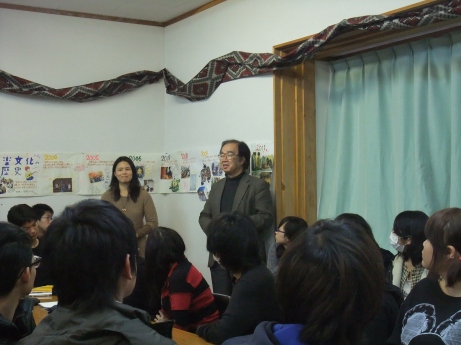 National examinations are seen as important gateways to future careers and to higher education, but academic attainment is just one of a number of educational aims that are at the heart of the school and its work.

Much of this practice can be found in various schools in Britain, but it’s difficult, if not impossible, to find these ideas being discussed within mainstream educational or political discourse in this country.

In the words of Simon Jenkins,

The collapse of educational progressivism in the 1980s and its replacement by “teaching to the test” was a real tragedy, caused largely by a sloppy overlay of political correctness and the reduced status of teachers. While the ideas of John Dewey, Johann Heinrich Pestalozzi and Rudolf Steiner took hold in America, infusing much of the charter school movement, in Britain a “good education” is still identified with a juggernaut curriculum, nationally dictated, measured and moderated under stern ministerial audit. Michael Gove’s mechanistic centralism is not so much socialist as Soviet.

Gary Foskett and Clare Blackhall are educationalists, writers and consultants. We work with schools and other organisations who share our vision of how schools, businesses, etc should work in the 21st Century. We also run courses and contribute to conferences - speaking about our three dimensional model of intelligences and how schools, colleges and universities can develop the full potential of all their staff and students. We also offer consultancy for businesses and public sector organisations to support staff training and organisational change and development. For more detailed information read our blog at https://3diassociates.wordpress.com/ or see our website at www.3diassociates.com.
View all posts by 3D Eye →
This entry was posted in Uncategorized and tagged 3Di Associates, Constructivism, curriculum, education, education in East Asia, Japan, Kinokuni Children's Village, learning, Learning Theories, Lighthouse Project, pedagogy, philosophy, politics, quality teaching and learning, schools, Seymour Papert, Shanghai, Simon Jenkins, Singapore, teaching and learning, Thailand, Wakayama. Bookmark the permalink.

2 Responses to The Future of Teaching