Quite a Day for Education

It’s been quite a day for education. To begin with, a heart-warming and brain-stimulating article by Sir Ken Robinson in the Guardian, on the Comment and Debate pages:

Gove extols creativity, but he has no idea what it is

To encourage creativity, Mr Gove, you must first understand what it is

Creativity is essential to the success and fulfilment of young people, to the vitality of our communities and to the long-term health of the economy. The trouble is that his current plans for the national curriculum seem likely to stifle the creativity of students and teachers alike. Consequently, anyone with a serious interest in student achievement, cultural vitality and economic sustainability should be deeply concerned.

We shouldn’t be surprised when a politician says one thing and does another. The important issue here is that when he talks about creativity, Gove seems to mean what he says but to misunderstand what he’s talking about. His views also suggest some serious misconceptions about teaching and learning in general. So what is creativity, and how does it work?

The real driver of creativity is an appetite for discovery and a passion for the work itself. When students are motivated to learn, they naturally acquire the skills they need to get the work done. Their mastery of them grows as their creative ambitions expand. You’ll find evidence of this process in great teaching in every discipline from football to chemistry.

Oddly, Gove seems to think he can improve schools by demeaning teachers. He can’t. The evidence of high-performing systems around the world is that genuine school improvement depends on positive engagement with the profession. There’s no other way. Unless he’s prepared to teach everyone himself, he cannot improve education by vilifying educators.

When for the first time in their history two major teaching unions pass votes of no confidence in the secretary of state, he might pause a moment. A good general, it’s said, doesn’t fire on his own troops. Yet, to judge by his recent rant in the Daily Mail against “Marxist” professors, his head-butting with the unions and his condescension on Question Time to the shadow attorney general, he clearly revels in letting off fusillades against anyone who disagrees with him on education. An essential first step in being creative yourself is to question your own way of looking at things. If he’s serious about promoting creativity in others, perhaps Gove could start there.

Read the rest of the article here: 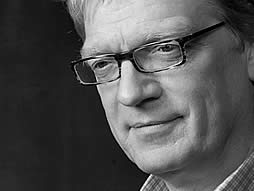 Also in the Guardian today –  a superb article by The Secret Teacher:

Secret Teacher: I’d rather leave the job I love than teach Gove’s propaganda

I was once the sort of graduate that Teach First now aims to entice into teaching. Having studied history at Oxford and considered academic research I decided to teach instead. People’s reactions were sadly reflective of the status of teaching. One tutor sneeringly asked why I was “intent on pedagogy?” Plenty wondered whether it would be sufficiently intellectually challenging; some praised my supposed altruism or churned out the words “wasted as a teacher” . . .

But I won’t put up with what’s happening now. This time the changes proposed aren’t easy to circumvent and go to the very heart of my job. I would be embarrassed to call myself a history teacher in a country where teaching history meant relating “our island’s story in all its glory”.

Gove wants me to jettison academic integrity, to exchange teaching a serious subject with civilising, democratising and humanising potential, for the imparting of nationalist propaganda. I’d rather no history were taught than Gove’s history. Just as history taught properly is food for young minds, bad history – biased history, government-appropriated history – can be, and has in some contexts been, poison.

Considering it’s a Saturday, that’s quite a lot of food for thought in a single day – but that was just the beginning. Today the NAHT was holding its annual conference, and the delegates not only passed a motion of no confidence in Michael Gove they also gave him a severe grilling during an afternoon session of Q & A that Mr G had kindly consented to attend.

To get a proper flavour of these events go to Twitter hashtag #naht2013 and read some very heartfelt and passionate tweets. In particular we recommend those of @kennygfrederick

Gary Foskett and Clare Blackhall are educationalists, writers and consultants. We work with schools and other organisations who share our vision of how schools, businesses, etc should work in the 21st Century. We also run courses and contribute to conferences - speaking about our three dimensional model of intelligences and how schools, colleges and universities can develop the full potential of all their staff and students. We also offer consultancy for businesses and public sector organisations to support staff training and organisational change and development. For more detailed information read our blog at https://3diassociates.wordpress.com/ or see our website at www.3diassociates.com.
View all posts by 3D Eye →
This entry was posted in Uncategorized and tagged 3Di Associates, creativity, curriculum, education, Ken Robinson, learning, Michael Gove, Motion of no confidence, NAHT conference, National Association of Head Teachers, pedagogy, pupil entitlement, Secret Teacher, teaching and learning, values and virtues, wellbeing. Bookmark the permalink.

2 Responses to Quite a Day for Education