The Science of Empathy

Throughout this week we’ve posted articles with a focus on education for relationships, for personal and social intelligence, and for the quality of empathy. Understanding ourselves, let alone understanding and caring about others, can present huge challenges for all of us.

If you’ve been academically successful then it’s probably difficult to imagine what it’s like to be someone who lacks that ability, and therefore difficult also to empathise with them. This statement is even more likely to be true if you went to schools where the less able were largely excluded, if you work in circumstances where they are rarely encountered, or if you have very few of the less academically able amongst your friends, neighbours and family.

If you’re physically able then it might be difficult to empathise with those who are physically disabled. In this respect, at least, London’s Paralympics last year helped lots of people to understand both the strengths as well as the weaknesses of many disabled people around the world – especially those of us who rarely encounter the physically disabled in our daily lives.

Empathy is a key component of social intelligence, and since it’s a faculty, a skill and an ability that can be learned by the majority of us, it’s a key area of human development that all schools should address with planned schemes of work based on classroom and playground interactions. The shocking lack of empathy we see so often in our communities is normally a direct result of the failure of schools and homes to understand empathy and appreciate how it can (and must) be developed.

So how well do we empathise with those who have little or no capacity for empathy? And why do some of us appear to possess an abundance of empathy, whilst others have very little ability to be empathetic, and sometimes no ability at all?

“Zero Degrees of Empathy: a New Theory of Human Cruelty” is a book written by Simon Baron-Cohen, who is the Professor of Developmental Psychopathology in the Departments of Psychiatry and Psychology at the University of Cambridge. He is also the Director of that university’s Autism Research Centre. 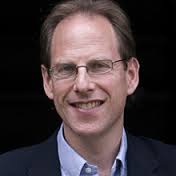 In a time like this, when we’re compelled to witness some of the most appalling criminal behaviour towards vulnerable people (Woolwich, Telford, Rochdale, Syria, etc) and we see an unbelievable lack of caring on the part of the perpetrators for those who have been killed, damaged and abused by this behaviour, we should consider very carefully the words of Prof Baron-Cohen:

How can humans treat other people as objects? How do humans come to switch off their natural feelings of sympathy for a fellow human being who is suffering?

As a scientist I want to understand the factors causing people to treat others as if they are mere objects. So let’s substitute the term “evil” with the term “empathy erosion”. Empathy erosion can arise because of corrosive emotions, such as bitter resentment, or desire for revenge, or blind hatred, or desire to protect.

Zero degrees of empathy means you have no awareness of how you come across to others, how to interact with others, or how to anticipate their feelings or reactions. It leaves you feeling mystified by why relationships don’t work out, and it creates a deep-seated self-centredness. Other people’s thoughts and feelings are just off your radar. It leaves you doomed to do your own thing, in your own little bubble, not just oblivious of other people’s feelings and thoughts but oblivious to the idea that there might even be other points of view. The consequence is that you believe 100% in the rightness of your own ideas and beliefs, and judge anyone who does not hold your beliefs as wrong, or stupid.

Zero degrees of empathy does not strike at random in the population. There are at least three well-defined routes to getting to this end-point: borderline, psychopathic, and borderline personality disorders. I group these as zero-negative because they have nothing positive to recommend them. They are unequivocally bad for the sufferer and for those around them. Of course these are not all the sub-types that exist. Indeed, alcohol, fatigue and depression are just a few examples of states that can temporarily reduce one’s empathy, and schizophrenia is another example of a medical condition that can reduce one’s empathy.

Empathy itself is the most valuable resource in our world. Given this assertion, it is puzzling that in the school curriculum empathy figures hardly at all, and in politics, business, the courts or policing it is rarely if ever on the agenda. We can see examples among our political leaders of the value of empathy, as when Nelson Mandela and FW de Klerk sought to understand and befriend each other, crossing the divide in Apartheid South Africa, but the same has not yet been achieved between Israel and Palestine . . . And, for every day that empathy is not employed in such corners of the world, more lives are lost.

I think we have taken empathy for granted, and thus to some extent overlooked it. Psychology as a science virtually ignored it for a century. Educators focusing on literacy and mathematics have also largely ignored it. We just assume empathy will develop in every child, come what may. We put little time, effort or money into nurturing it. Our politicians almost never mention it, despite the fact that they need it more than anyone. Until recently, neuroscientists hardly questioned what empathy is.

Empathy is like a universal solvent. Any problem immersed in empathy becomes soluble. It is effective as a way of anticipating and resolving interpersonal problems, whether this is a marital conflict, an international conflict, a problem at work, difficulties in a friendship, political deadlocks, a family dispute, or a problem with the neighbour. Unlike the arms industry that costs trillions of dollars to maintain, or the prison service and legal system that cost millions of dollars to keep oiled, empathy is free. And, unlike religion, empathy cannot, by definition, oppress anyone.

It’s interesting that Prof Baron-Cohen doesn’t use the term “social intelligence”, though he’s presumably aware that Daniel Goleman, for example has written whole books on this subject, as well as on “emotional intelligence”.

Clearly, people can lack empathy for very deep-seated personal and psychological reasons, and not just because their social intelligence hasn’t been encouraged or allowed to develop by a school system that doesn’t care, on the whole, about consistently raising young people’s levels of social intelligence.

Schools that emphasise cooperation and collaboration can work near miracles on children whose levels of empathy are otherwise very low, if not absolutely zero. Competitive education, on the other hand, will always tend to do the opposite – that is, depress levels of social intelligence by setting students against one another through isolated striving and through competition for grades and status. Is this really what we want or need for our young people? Is this really what we want for our society?

Gary Foskett and Clare Blackhall are educationalists, writers and consultants. We work with schools and other organisations who share our vision of how schools, businesses, etc should work in the 21st Century. We also run courses and contribute to conferences - speaking about our three dimensional model of intelligences and how schools, colleges and universities can develop the full potential of all their staff and students. We also offer consultancy for businesses and public sector organisations to support staff training and organisational change and development. For more detailed information read our blog at https://3diassociates.wordpress.com/ or see our website at www.3diassociates.com.
View all posts by 3D Eye →
This entry was posted in Uncategorized and tagged 3Di Associates, Autism Research Centre, curriculum, Daniel Goleman, Developmental Psychopathology, education, emotional intelligence, emotional literacy, empathy, learning, multiple intelligences, pedagogy, personal intelligence, Simon Baron-Cohen, Social Intelligence, spiritual intelligence, teaching and learning, values and virtues, wellbeing. Bookmark the permalink.

2 Responses to The Science of Empathy