Social Selection in our Education System

Breaking news today is that there’s evidence from the Sutton Trust that our education system is highly selective, with only 7.6% of those eligible for Free School Meals (FSM) attending the “highest achieving” 500 comprehensives and academies. 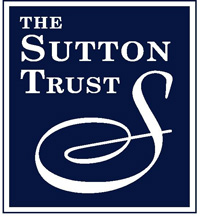 No news there then.

Sadly, this “news” is totally expected and yet again demonstrates the ludicrous injustice in education that can’t be tackled by the tokenistic and often poorly employed pupil premium. As we have said in many of our posts, we can’t keep putting sticking plasters over a system of schooling that doesn’t work for so many of our children and young people. Reinvention is needed – not reform of an outdated, unjust and deeply flawed education system in this country. 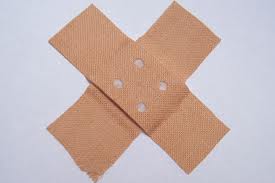 The report focuses on the number of pupils attending the most academically successful academies and comprehensive schools in the country who are in receipt of free school meals – remembering that this is only one measure of economic deprivation. Many families choose not to register for FSM for a variety of reasons. Many families aren’t even eligible due to changes in the welfare system, yet are still living on a fine line between abject poverty and just about managing to live within their meagre means.

The reason that we mention this is that there are hidden levels of poverty that the statistics don’t even reach, meaning that there are potentially far more young people who don’t have access to the educational experiences of the affluent which can significantly contribute to their academic attainment. If, for example, you have a choice between a trip to a local museum, cathedral or theatre compared with a substantial meal for your child, which one are you going to choose? 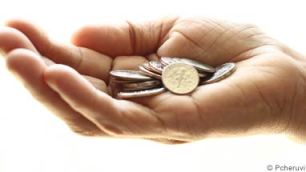 The report says that with the reform of education in this country, there’s greater autonomy for schools to select who attends. The financial standing of  parents is being used as admissions criteria even if it’s not explicit. A primary school child achieving Level 5 in English, for example, is far more likely to have been exposed to a range of reading and writing experiences that go beyond the school day, and are therefore more likely, though not exclusively, to come from an affluent background. The academies and high achieving schools want to admit these children as their A-C pass rate is more or less guaranteed with this underlying primary level attainment.

“Who gets admitted to these schools matters because they are the ones most likely to attend the best universities and most likely to succeed in the top professions. They open the door to social mobility. The schools in this study, by and large, are not using forms of overt selection. But they are exercising a form of social selection.”

How can this be ethically acceptable? How can we continue to turn a blind eye to this sort of selection that perpetuates injustice and disables so many of our children and young people for life?

When the current coalition came into existence, the Liberal Democrats included the Pupil Premium as a non-negotiable part of their manifesto pledge. More money for the impoverished needed to be put into education to try to eradicate the sort of social injustice that we are witnessing today in this report. However, the pupil premium is merely an unsustainable finger in the leaking dyke. It is the proverbial sticking plaster, exacerbated by, in some cases, the inability to use the money effectively.

If you go to the Department of Education’s website, you’ll see the problem. What is the accountability point for the use of pupil premium? Yes, performance tables for attainment. Apparently, £900 per pupil is going to make all the difference. £900 is going to compensate for poor housing, lack of healthy food, lack of creative pursuits, inadequate extra-curricular educational experiences and so on and so forth – and the way that this money is spent is at the total discretion of the schools as long as they can show Ofsted inspectors that pupil X at one point in life was ‘on track’ for 5 D-E’s but is now happily in a position to achieve 5 Cs at GCSE. The fact that the underlying economic constraints that prevented them from having the same start in life as their more affluent counterparts still exists, is never ever tackled. The point is, the pupil premium isn’t sustainable.

And guess what? Mr Gove knows that it’s unsustainable and insufficient, which is why he’s poured billions into the academies programme to try to prove and further his cause for an outdated system that he thinks will magically lift young people out of poverty. He, like some of his predecessors, may believe that the only avenue out of poverty is by academic attainment. He may genuinely think that the academies, with their stringent attainment model of education, will help ease these children into adulthood – free of injustice and poverty.

Really? And the only way that he can demonstrate his alleged commitment to social equality is by ensuring that these academies are “successful” at the expense of those schools that refuse to take the academy route, whilst simultaneously his government continues to attack the poor with the unjust and discriminatory cuts to services that they need and the welfare grants that can make the difference between sinking or keeping your head just above water.

Just imagine this. What if the money that has been spent on the “academisation” of schools had been spent on genuinely attempting to address the underlying causes of poverty which is THE main barrier to educational achievement? What if that £1 billion overspend on academies had been used to support the implementation of the successful components of Every Child Matters and SureStart? What if some of that money had been used to identify other means of measuring poverty so that those who aren’t eligible for free school meals but are still on the bread-line could be given some educational and dare we say creative opportunities that they currently don’t get? What if the money that has been spent on implementing the anachronistic National Curriculum had been directed towards addressing the real needs of our most economically deprived communities?

And whilst we’re on this subject, whilst working in the public sector and responsible for large sums of public money, if we’d overspent to the extent that the Secretary of State has done, we’d be sacked!

No amount of pupil premium will be able to compensate for the injustice in society, and raising the attainment of young people is only one means of lifting people out of poverty. Polarising schools and creating a two or three tiered state-funded education system is not going to work.

Reinventing the entire educational structure, looking at the aims and purposes of education and its role within a just and fair society might be a decent starting point.

Gary Foskett and Clare Blackhall are educationalists, writers and consultants. We work with schools and other organisations who share our vision of how schools, businesses, etc should work in the 21st Century. We also run courses and contribute to conferences - speaking about our three dimensional model of intelligences and how schools, colleges and universities can develop the full potential of all their staff and students. We also offer consultancy for businesses and public sector organisations to support staff training and organisational change and development. For more detailed information read our blog at https://3diassociates.wordpress.com/ or see our website at www.3diassociates.com.
View all posts by 3D Eye →
Gallery | This entry was posted in Uncategorized and tagged A-C grades at GCSE, academies, Academies programme, £1 billion overspend on academies, Comprehensive school, Every Child Matters, Free school meal, gcse, inequality, Liberal Democrats, National Curriculum, Peter Lampl, Pupil, Pupil Premium, school selection, Sir Peter Lampi, social injustice, SureStart, Sutton Trust. Bookmark the permalink.