For more information about Compass, please click on the link below.

There have been plenty of inquiries into education over the last few decades but this one is slightly different. In many ways, this is the first education inquiry “by the people for the people”. Previously, inquiries have tended to be carried out by academics, inspectors and appointed peers or specialists rather than those with first-hand and contemporary experience in the classroom. What this inquiry does is ensure that those working in schools and other educational settings and those who are the recipients of this work, i.e. the young people themselves, are at the epicentre of the inquiry and not just as an integral part of the evidence base.

Dame Jane Roberts, chair of the Advisory Council for the Inquiry, opened the event by emphasising the need for a New Education Model. For too long, the silent majority have complied with governmental diktats, often in direct opposition to their own educational philosophy. Now there’s an opportunity to speak.

Dame Jane reiterated the fact that education has a fundamental role in fulfilling our aims and ambitions for a “Good Society” which is why we need to get education and schooling right. She said that the values of social justice and equality are “too good to ignore”, and that the participatory nature of the inquiry would in itself demonstrate the need to be inclusive and listen to what people at the heart of education have to say. She said that the process for the inquiry would be “open, pluralistic, democratic and rigorous”.

Neal Lawson, Chair of Compass, explained how the inquiry came about from a democratic process in itself. At an AGM, the Compass members had democratically overridden the priorities suggested by the Management Committee in order to focus on the shambolic state of the current government’s education policy and practice. Neal said that “education helps people to learn to live together”. If only the government held this view, and used this focus as a driving force for positive change. 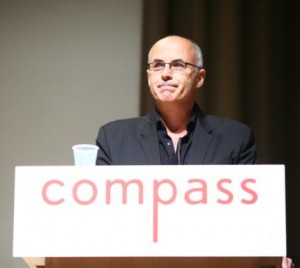 Neal reiterated what Dame Jane Roberts had said about the inclusive nature of the inquiry. He said that we wanted a “popular model of education” that would hopefully influence the education pledges in the 2015 political party manifestos for the General Election. To this end, it is vital that participation comes from all to ensure that we can truly call the outcomes of this inquiry “popular”. He continued to explain the structures of the inquiry, outlining the four current working groups and the make-up of the Advisory Council, as well as briefly outlining ways that people could be involved.

The four working groups at present are looking at,

Each of these groups is being chaired by the members of the Compass Education Organisation Group (CEOG) and will develop phase group work in the latter part of the inquiry. 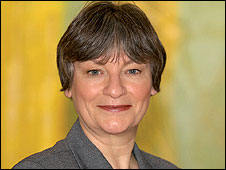 Christine Blower, the General Secretary of the NUT, concluded the trilogy of opening statements to say that we need to challenge the views of education. Is education for the “private good” or “societal change”? These aren’t mutually exclusive. Christine said that thanks to the many reviews and reports on education during the last decade, we’re not starting with a blank canvas. She cited the excellent and inclusive Cambridge Review of Primary Education, chaired by Robin Alexander, as one document that should be reviewed and used as an integral part of the inquiry, as well as the NUT’s range of papers on valuing education.

She also said how we can learn from other nations and was pleased to announce that significant international educationalists such as Pasi Sahlberg (Finland) and Ben Levin (Canada) had agreed to be part of the Advisory Council, which is fantastic news as both of the countries represented have continuously succeeded academically whilst maintaining a holistic ideology of lifelong learning and educating the whole child – and whose young people are the least “tested” in summative assessment examinations globally.

As a starting point for the inquiry, the audience was invited to participate in an activity that asked pairs to consider what they thought were the key issue that the inquiry ought to cover.

Lisa Nandy summarised the meeting by making two important statements that we will expand on in our next post.

This inquiry is a huge and essential undertaking. Over the next 12 months we will be reporting on the inquiry, interviewing influential thinkers in education and asking for support to ensure that this inquiry is as inclusive as possible, truly reflecting the views of the people. Whether you are reading this post from 12,000 miles away or nearer to our own shores, please make your comments known and be involved in any way possible.

All comments on these posts will contribute to the wider discussion that the inquiry is enabling.

Gary Foskett and Clare Blackhall are educationalists, writers and consultants. We work with schools and other organisations who share our vision of how schools, businesses, etc should work in the 21st Century. We also run courses and contribute to conferences - speaking about our three dimensional model of intelligences and how schools, colleges and universities can develop the full potential of all their staff and students. We also offer consultancy for businesses and public sector organisations to support staff training and organisational change and development. For more detailed information read our blog at https://3diassociates.wordpress.com/ or see our website at www.3diassociates.com.
View all posts by 3D Eye →
This entry was posted in Uncategorized and tagged Ben Levin, Cambridge Review of Primary Education, Christine Blower, Compass, Compass Education Inquiry, Dame Jane Roberts, education, Inquiry, Lisa Nandy, National Union of Teachers, Neal Lawson, New Education Model, NUT, Pasi Sahlberg, Portcullis House, Robin Alexander. Bookmark the permalink.