An Education Inquiry – and a Debate?

Regular readers of 3D Eye will have noticed our enthusiasm for the inquiry into education that Compass and the NUT launched last week. We fully support Compass’s aim to build a coalition of opinion on all matters concerning education, schools, learning and teaching.

With regard to the aims of education, the curriculum and pedagogy, we sometimes wonder how much further inquiry is necessary. There are many who think these matters have been researched to death already. And still we have no consensus, whilst fixed opinions remain on both sides of the political and educational divide. 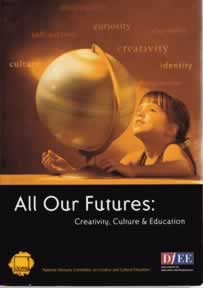 When New Labour came to power in 1997 it set up, under the chairmanship of Professor (now Sir Ken) Robinson, a committee of inquiry into creativity, culture and education. ( http://sirkenrobinson.com/skr/pdf/allourfutures.pdf ) The committee was asked to report on “proposals for principles, policies and practice”. Its report subsequently described in great detail “significant implications for methods of teaching and assessment, and the balance of the school curriculum”.

Amongst other things the report said, “Creativity is not simply a matter of
letting go. Serious creative achievement relies on knowledge, control of materials and command of ideas. Creative education involves a balance between teaching knowledge and
skills, and encouraging innovation.”

We are bound to wonder how many of us actually read this report, which was called “All Our Futures”? How many schools acted on it?

And what did the New Labour government do to draw attention to it? In a word, nothing. The government of the day was fully occupied with “driving up standards”, publishing league tables of test and exam results, naming and shaming schools that didn’t meet their arbitrary academic targets, and micromanaging teaching through its untrialled, untested and now abandoned National Strategies.

“All Our Futures” was therefore ignored, or overlooked; never properly discussed or debated within government or within educational circles, and certainly never adopted as a national educational strategy – even though, as far as many of us were concerned, it was a remarkable and ground-breaking piece of work that described precisely how education in Britain needed to change to be fully fit for the 21st Century. 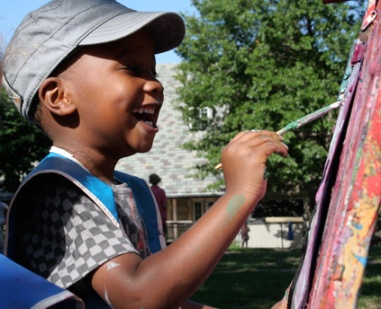 ” The business community wants education to give a much higher priority to promoting young people’s creative abilities; to developing teamwork, social skills and powers of  communication.” [Sir John Cridland and the CBI have recently re-stated their commitment to these ideas.]

“New technologies are providing unprecedented access to ideas, information, people and organisations throughout the world, as well as to new modes of creativity, personal expression, cultural exchange and understanding.” [Consider this was written before the age of widespread computer ownership, before near-universal access to broadband, before Facebook even existed, before Google became used daily by millions, before Twitter links, before widespread use of email, etc.]

Need we say more? Whilst other countries have been making headway with incorporating the principles of All Our Futures into their education systems (Finland, Shanghai, Singapore, Hong Kong, etc) we in Britain have done nothing [or next to nothing] except persist with more of the same aims and often the same pedagogy we’re familiar with from the 19th Century.

It’s not that the New Labour education ministers of the day (and a Prime Minister who proclaimed the primacy of education) were able to marshall any arguments against All Our Futures. It just didn’t interest them – it didn’t fit in with their own priorities, their preoccupations and strategies, and it was therefore ignored. (We’d be very interested to know who actually commissioned the report in the first place.)

Moving on to a second example of the above, we need to cite a previous 3D Eye blog post, written on March 21st last year, concerning the Cambridge Primary Review:

Estelle Morris, Baroness Morris of Yardley, calls for the government to lead “a genuine national debate about the future needs of all children in all schools”.

This sort of “national debate” is long overdue, without a doubt, but it’s no great surprise to find that Estelle ultimately feels OK about politicians having the last word when it comes to the contents of the national curriculum, and also no doubt the overall aims and objectives, and priorities, of education.

Of course the problem with a ‘national debate’ (which was also the problem with Jim Callaghan’s ‘Great Debate’ about education) is that the political process generally applies, meaning that those who can muster the greatest number of votes for a particular point of view, no matter how uninformed or unsophisticated the voters might be, then claim victory in the debate. Public opinion, given the state of our media generally, is not always enlightened, and tends to flow with the status quo.

Once victory in the debate has been achieved then it’s game over – regardless of what the consequences might be for children, and no matter that professional issues should be continuously under review as part of an ongoing process – which is the way they do things in more enlightened countries, like Finland.

Politicians love debates. But somebody has to stand up for the rights of children, given that children have so little say in these matters themselves. What we really need is a major enquiry into, say, Primary education, which should be directed by respected professionals and the leading lights of the profession.

Fortunately we’ve already had one, and the report of the enquiry was published relatively recently, in 2010. Somehow we didn’t hear Estelle Morris calling for its conclusions and recommendations to be fed into a public debate. 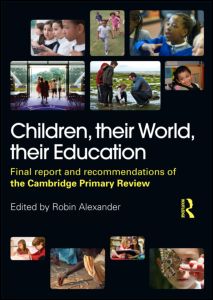 As Jenni Russell reported in the Guardian on 26th March 2008,

“Every education secretary and minister has been distinguished by an almost wilful determination to ignore the mass of research that does not suit their agenda. Politically, that is the easiest choice. They are encouraged in this by their senior civil servants, whose careers have been built around delivering a particular agenda, and who have nothing to gain by seeing it change course. What is truly alarming is that ministers rarely even glimpse the reports they dismiss.”

“It seems that the Cambridge Primary Review is meeting the same fate. This extensive, diligent review of published evidence and new research was dismissed in 10 seconds by a minister in a private conversation: ‘My people say it’s rehashed.’ Publicly the Department for Children, Schools and Families has written the latest reports off as ‘re-cycled, partial and out-of-date’. It said, “We do not accept these claims . . . We have had a decade of success in raising standards.’”

“Children, their World, their Education” is the final report of the Cambridge Primary Review, which was edited by Robin Alexander and published by Routledge.

We’d like to invite Estelle Morris to begin her ‘genuine national debate’ by telling us which parts of the Cambridge Primary Review she has actually read, and which parts she feels, like her New Labour colleague, are re-cycled, partial and out-of-date. She can then go on to say which of the 78 conclusions and 75 recommendations for policy and practice she actually agrees with, following which, the rest of us can pitch in and have our say. But only if we’ve actually read the report.

Clearly there’s an educational divide in Britain (and in the USA). On one side are the supporters of a ‘traditionalist’ approach to education, who rarely, if ever, take the trouble to read and discuss the ideas set out by those on the ‘other side’. 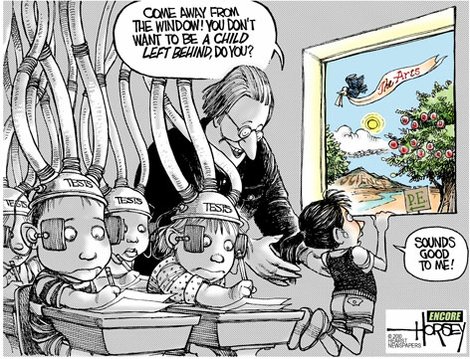 Those of us on that ‘other side’, on the other hand, are full to overflowing with the opinions of the traditionalists, since it’s downright impossible to ignore them, as they shout and nag from every possible media outlet, and have done so ever since the “back to the future” efforts of the traditionalists began in earnest some thirty odd years ago as a reaction against “progressivism”.

And so we need to ask – who is really looking out for the needs and the opinions of our children and young people? The traditionalists seem more concerned with preparing them for the “global economic race”. We completely reject the view that education is merely instrumental and functional, and ought to be geared towards the supposed economic needs of the state rather then the individual. Shouldn’t we be giving some serious thought to our young people’s individual current and future needs, their interest in education, their overall wellbeing, as well as their aspirations and their lifelong learning capabilities?

Please take a look at a couple of recent videos and really listen to the voices of our more thoughtful and critical young people:

Gary Foskett and Clare Blackhall are educationalists, writers and consultants. We work with schools and other organisations who share our vision of how schools, businesses, etc should work in the 21st Century. We also run courses and contribute to conferences - speaking about our three dimensional model of intelligences and how schools, colleges and universities can develop the full potential of all their staff and students. We also offer consultancy for businesses and public sector organisations to support staff training and organisational change and development. For more detailed information read our blog at https://3diassociates.wordpress.com/ or see our website at www.3diassociates.com.
View all posts by 3D Eye →
This entry was posted in Uncategorized and tagged 3Di Associates, All Our Futures, Cambridge Primary Review, Compass, creativity, curriculum, education, exams, Finland, intelligences, Jenni Russell, learning, multiple intelligences, National Curriculum, National Union of Teachers, New Labour, pedagogy, philosophy, politics, pupil entitlement, Robin Alexander, schools, Sir Ken Robinson, teaching and learning, wellbeing. Bookmark the permalink.