Those who responded to the government’s National Curriculum consultation might be feeling fairly aggrieved this week. We probably knew, as we spent  considerable hours  filling in the consultation documents, it was an exercise in futility – but if no response was forthcoming then the government would have interpreted this as compliance and agreement. 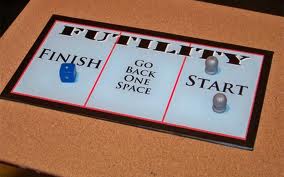 As it happened there were 17,000 responses – which is quite significant for these types of government consultations. When you see that many of these responses were from groups rather than individuals, then clearly the amount of people involved in the consultation goes well beyond the published figure.

The government says they listened. They have made amendments to certain aspects of the curriculum, including climate change, a greater focus on programming in IT and changes to the history curriculum, albeit slight. Fundamentally though, the great mass of dissenting voices has been overlooked and ignored.

There’s a few things to say about this consultation that we’d like to draw attention to. 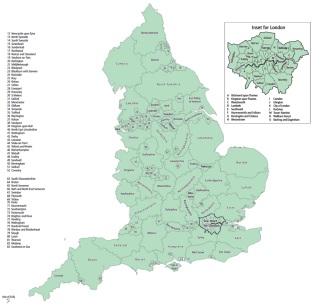 2. 282 parents responded to the consultation. Are there really only 282 parents in the country that have an opinion on what, how and by whom their children are being educated? Perhaps those who disagreed with these National Curriculum proposals should have been more vociferous in getting people to respond – but of course, the questions were framed to discourage the average parent from responding.

3. The questions in the consultation were prescriptive (surprise, surprise) and it was far from clear how best to respond. For example, there was a question that asked, “Do you agree that instead of detailed subject level aims we should free teachers to shape their own curriculum aims based on the content in the programmes of study?” Well, who in their right mind is going to argue against that? But the government wasn’t really asking that question at all. They are still set on implementing a national curriculum and dictating the content level to such an extent that there is a requirement to do what they say, not what you think might be best and most appropriate for the young people in your care. Therefore this entire question is futile.

4. English – the government said that many were concerned about the lack of speaking and listening objectives. This has been amended to reflect the responses from professionals. However, many stated that there was an over-emphasis on phonics, spelling and grammar. Has this been changed according to the criticism? No. In fact, the new speaking and listening objectives have added to the dictatorial nature of how to teach a child to read and speak by including a section on vocabulary development. We wonder if there’s going to be a prescribed list of words that all six year olds should use, regardless of whether they have any meaning to the individual involved.

5. History – changes have been made but the chronology and emphasis on British History remains. The concessions to the experts are so few as to be negligible. National Curriculum History lessons in primary school remain mainly in the domain of centuries gone by though 20th or 21st century history can now be taught through local area studies as well as there being an explicit mention of WW2. This is as it should be considering the fact that this is potentially the last generation of children who might have grandparents and great-grandparents who can give them first-hand knowledge of what it was like to be alive during WW2. But we are part of a global community. We all need to learn more about the history of other countries. Ignorance isn’t bliss and having an insular curriculum isn’t going to do our children any favours at all.

6. Science – The government says that some respondents said that there was insufficient detail for the sex education curriculum whilst others said it was too vague. Has this been altered? No. Has there been a recognition that for safeguarding reasons and the need for children and young people to know what is happening to their bodies and minds prior to the onset of puberty, that sex and relationship education should be statutory in primary schools? No. This is appalling.

7. Has there been any attempt to reflect the growing concern, and not just from experts in the field, that personal and social development through PSHE “must” rather than “should”  be an integral part of a curriculum offer to children? No. Once more this has been ignored because there are too many problematic areas involved in this, and like the previous government, it’s just easier to be an ostrich rather than consider the real needs of children and actually take time to listen to what they are asking for.

8. The government says, “It is not the role of government to specify in detail all that pupils should learn in school. Instead, the national curriculum should provide a core upon which teachers can build their wider curriculum and assessment approaches…..” And yet, that is precisely what they are doing! Surely even Mr Gove can see the hypocrisy in such a blatant statement of mistruth. 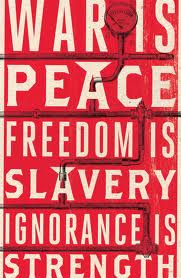 We could continue but time doesn’t allow us the detailed response that we’d like to make, and will do so once more in the final month of the consultation. Please note that there’s still time to respond to these amendments and you must do so by 8th August, albeit with feelings of futility in doing so.

The other important thing to say about this consultation is just how evident it is that people’s views have not been listened to. We know that is the case but when you look at the statistical evidence it is alarming just how this government can flagrantly disregard the voice of the people. This is a democracy – right up to the point when the people have an obvious and explicit dissenting voice. Then the mantra becomes “ but we were elected”. Of course, in point of fact, the majority of people in this country didn’t vote for the Conservatives or the Liberal Democrats or for a coalition government, which would make us think that such wider consultations of public opinion were even more relevant.

Let’s take a brief look at the figures in the governmental response document. (For the whole document, click on the link below.)

The government asked whether respondees liked the NC aims. 19% of the responses said that they liked the aims. 19%! Even with our crude understanding of mathematics, that means that 81% either didn’t like them or were indifferent. Could you really continue with a policy when over 80% disagreed with what you were doing?

The government asked whether the programmes of study represented a “sufficiently ambitious level of challenge” for pupils. 78% said that they were either insufficiently challenging or they didn’t know. 78%! That’s 78% who either don’t know, have insufficient information or are opposed to the programmes of study as they stand – many of whom we believe commented on the ridiculous over-emphasis on facts, and insufficient aims and objectives relating to skills. Really? Could you possibly implement something with such dissent?

52% said the wording of the attainment targets were unclear

61% (and a further 23% who didn’t know) said that the programmes of study didn’t provide effective progression between key stages.

17% said that they thought the new National Curriculum embodied “an expectation of higher standards for children” – 63% didn’t and a further 20% didn’t know.

13% felt the government was best placed to support the implementation of these proposals compared with over 40% thinking that teachers should be responsible.

44% felt that there needed to be more consideration and more time spent on looking at the purpose and point of a national curriculum. One assumes that this is also influenced by the question of whether we need a national curriculum when academies and free schools are exempt from following it.

It’s very clear, even accounting for the fact that you can twist and turn statistics to suit your needs, that people don’t like this curriculum, don’t want it and object vehemently to some of the content and the general philosophy of education it portrays.

These comments about the National Curriculum are written before we have even got into the debate about the purpose of education. This is about democracy; our right to speak, to be heard and to expect that those opinions be acted upon. In any other area of life, to go on boldly without any consideration of the views of the masses would be deemed to be somewhat dictatorial in nature.

The fight, dear friends and readers, will continue to ensure that the education provision in this and every country adheres to the United Nations Rights of the Child by fundamentally recognising the needs of the child, how we recognise their individuality and how we enable them to develop all of their intelligences through an education system that works for them and with them rather than being imposed upon them. At this point, we refer you once more to our previous post about the Finnish model and what can be learned (not copied directly) from the successes in other countries.

Gary Foskett and Clare Blackhall are educationalists, writers and consultants. We work with schools and other organisations who share our vision of how schools, businesses, etc should work in the 21st Century. We also run courses and contribute to conferences - speaking about our three dimensional model of intelligences and how schools, colleges and universities can develop the full potential of all their staff and students. We also offer consultancy for businesses and public sector organisations to support staff training and organisational change and development. For more detailed information read our blog at https://3diassociates.wordpress.com/ or see our website at www.3diassociates.com.
View all posts by 3D Eye →
This entry was posted in Uncategorized and tagged curriculum, education, Gove, History of the British Isles, Liberal Democrats, National Curriculum, Personal Social and Health Education, Primary school, reform of national curriculum, Rights of the Child, sex and relatiionships education, UN Rights of the Child. Bookmark the permalink.