This is a genuine question. When did the future of the country’s economy become the primary determinant of education policy?

When talking about the proposed National Curriculum for England this week, the Prime Minister said, “This revolution in education is critical for Britain’s prosperity in the decades to come”.

The Secretary of State for Education said “This curriculum is a foundation for learning the vital skills that universities and businesses desperately need” (clearly ignoring and bypassing the key ‘life skills’ that the CBI has called for).

Any word there about the needs, the wellbeing and the broader achievements of children and young people – or their “desperate” needs/wishes as the main driving force to education policy?

In 1944, the Butler Education Act didn’t mention the economy as part of its purpose for a new education system, other than to make the point that a free education for all might contribute to tackling economic inequalities. To the contrary, its main aim for education was,

“to contribute towards the spiritual, moral, mental and physical development of the community by securing that efficient education throughout those stages shall be available to meet the needs of the population in the area”.

Incidentally, in the same Act the role of the Secretary of State, mentioned in the opening line, was “to promote the education of the people in England and Wales and the progressive development of institutions devoted to that purpose.” – Devoted to education, not devoted to the economy. Wouldn’t it be lovely to see the word “devoted” in a contemporary education act, because education needs and deserves devotion.

In 1976, James Callaghan’s famous education speech at Ruskin College didn’t begin with economic drivers for education policy. He mentioned that everyone had something to say about the economy but that it was “not as important in the long run as preparing future generations for life”. (Please note, he said preparing for life not preparing for work. Work is a component of life – that’s all.) He continued by quoting RH Tawney who wrote that the “endowment of our children is the most precious of the natural resources of this community”. He also said,

“The goals of our education, from nursery school through to adult education, are clear enough. They are to equip children to the best of their ability for a lively, constructive, place in society, and also to fit them to do a job of work. Not one or the other but both.”

One can argue that there were elements in this speech that paved the way for an abundance of standardised testing and the introduction of the National Curriculum, and thus led to education policy being driven by economical and political rather than educational or pedagogical considerations but nonetheless, he was very clear that education should be about life and not just work.

Subsequent Education Secretaries such as David Blunkett and Estelle Morris took up the mantra – the only way of lifting people out of poverty is to ensure everyone is numerate and literate, and that once this is achieved there will be greater equality of opportunity. Thus, rigorous and stringent aims and objectives were established with National Literacy and Numeracy strategies introduced with little room for manoeuvre or creativity from the teacher.

Realising the aim of a fully literate society is a contributory factor in tackling inequality but if only it was that simple! Was this the turning point, therefore, when the future economic wellbeing of society became more important than the needs of the individual child? And was it successful?

Today, there’s a report on the reading ability of able boys from economically disadvantaged backgrounds being significantly below those of their more financially secure counterparts. No sh** Sherlock!

The report says that the “brightest” boys from poor homes are at least two and a half years behind those from the “richest” homes. John Jerrim from the Institute of Education, who led this research, said that reading skills are heavily linked to their socio-economic background, and that the gaps between able poor and able rich in England and Scotland are possibly the worst out of the 32 countries included in the OECD tests.

This isn’t surprising. There are far too many other contributory factors that lead to inequality to believe that learning to read and write will be the major means of raising people above the poverty line, and that doesn’t mean to say we shouldn’t address this appalling gap. Jerrim is correct. Socio-economic backgrounds are significant in the ability and opportunity to learn how to read and to learn how to enjoy reading. The introduction of the Literacy Strategy doesn’t seem to have narrowed the gap in reading ability and it did absolutely nothing, or worse than that, exacerbated the gap between those who learn to enjoy reading and those who don’t. Therefore, shouldn’t we be looking at this in another way? Shouldn’t we be concentrating on the love of reading as the means to engage our young boys? 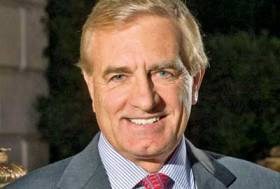 Sir Peter Lampl, Chairman of the Sutton Trust has commented on this report.

“By not stretching our most able students from all backgrounds, we are not only failing them, we are reducing our ability to compete globally.

“Moreover, such under-achievement perpetuates those inequalities which make it so hard for bright children to move up in society.

“That’s why it is so important that there is a targeted scheme that ensures that those with high potential from low and middle income backgrounds are identified and helped to thrive,”

Yes, we are failing them. But we will continue to fail them if we continue to see the ability to “compete globally” as the driving force for our educational policy and philosophy. Whilst we applaud John Jerrim’s work in yet again reiterating this stark reality of inequality, we have to look at how we are going to address socio-economic inequalities without them forcing us down a route of tedium for our children that was provided through the Literacy Strategies and evidently didn’t work. It may have raised standards in reading (though this is open to interpretation) but as for narrowing the gap, it failed demonstratively.

Any National Curriculum will not magically lift children out of poverty and “prepare them for adult life” if their own individual needs aren’t met and catered for. No education system should be wholly devised to give universities and businesses fact-fed fodder as its main purpose. No education policy will address the inequalities of socio-economic backgrounds if we see children and young people as one homogenous block, assuming that once they all achieve 5 A-C grades at the age of 16 our problems will all be over!

The economy and the future economic stability of our country is something that should be a deep concern to all of us, but to see children and young people solely as some sort of commodity within this is not the answer. Addressing socio-economic inequalities is definitely something that we need to consider, and we have to go beyond the tokenism of the Pupil Premium to address this, however helpful an additional £900 per pupil might be.

“Look after the pennies and the pounds will look after themselves” is an interesting saying, but perhaps educationally, we should consider what those pennies are – or who those pennies are. If we consider all of our children as individual pennies, and concentrate carefully on developing an education system that considers their needs then the pounds will be looked after too. Maybe we need to return to the 1944 Education Act to consider what we want for education in this country and “the spiritual, moral, mental and physical development of the community” (and the individuals within that community) isn’t a bad place to start.

Gary Foskett and Clare Blackhall are educationalists, writers and consultants. We work with schools and other organisations who share our vision of how schools, businesses, etc should work in the 21st Century. We also run courses and contribute to conferences - speaking about our three dimensional model of intelligences and how schools, colleges and universities can develop the full potential of all their staff and students. We also offer consultancy for businesses and public sector organisations to support staff training and organisational change and development. For more detailed information read our blog at https://3diassociates.wordpress.com/ or see our website at www.3diassociates.com.
View all posts by 3D Eye →
This entry was posted in Uncategorized and tagged 1944 Education Act, 3Di Associates, Butler Education Act, CBI, David Blunkett, David Cameron, economics, Education policy, Estelle Morris, Institute of Education, James Callaghan, John Jerrim, Literacy Strategy, Looking after the pennies, love of learning, Love of reading, Michael Gove, multiple intelligences, National Curriculum, Ruskin College, Sir Peter Lampl, voodoo economics. Bookmark the permalink.