Screaming headlines in news bulletins today – 50% of local authorities have a shortage of Primary school places, and the situation will get worse during the next two years.

Shock horror. How did this happen? Don’t we have armies of well paid bureaucrats that are supposed to predict things like . . . . people will continue to have babies; our great cities are highly likely to increase in population; many Eastern Europeans are likely to move to the more prosperous parts of the EU such as the UK; inner-city areas are likely to regenerate over time, etc.

[They could also have predicted that Primary class sizes should reduce from a maximum of 30 to a maximum of 25 pupils as more and more parents realise that their children are better off in smaller classes where children get more individual attention. (Arguably all Nursery and Reception classes should be no greater in size than 1 teacher per 20 children – if we really want the most disadvantaged children to make rapid progress with all areas of their learning, especially their language and literacy.)]

But no – it seems there has been a massive and widespread failure to plan adequately for school places, to the extent that scores of primary schools have actually been closed over the past 20 years – on the grounds that they are no longer needed, with many distinguished Victorian school buildings sold off to property developers for conversion to up-market flats.

Around the time these things began to happen some of us protested quite loudly against the whole business of selling off public assets – and for what? So that central government could continue to cut grants to local authorities? How many of us voted for that to happen?

Of course the voices of mere teachers and educational professionals counted for nothing against the views of accountants, bureaucrats and politicians. This is how we came to be where we are now. We now want our children to be fit, active and healthy – so why did schools get a green light to sell off playing fields?

We once had enough spare classrooms in some primary schools to create workshops, drama studios, exhibition spaces, art rooms, computer suites, parents’ rooms, and so on.

Many Primary schools now have so little space for regular classrooms they’ve started to close down their libraries, their music rooms and teachers’ preparation rooms. They’ve also started to lose their already inadequate playground space through the need to erect prefabricated freestanding boxes which serve as instant classrooms.

To be clear: none of this was unforseeable, and our unpreparedness for a rising school population is disgraceful and shameful. It’s not clear to us that things happen this way in other countries – where children’s needs and teachers’ needs are carefully assessed and planned for. Perhaps other countries don’t suffer from hyperactive education secretaries that run around promoting personal education agendas, setting up conflicts about a new curriculum, setting up unnecessary “free” schools in areas that already have adequate provision of school places, worrying about the number of “academies” and spending billions of pounds they don’t actually have in their budgets on setting more of them up – instead of concentrating on the real “basics”.

And what is the unshameable Mr Gove’s reaction to this situation? Obviously to blame the previous government, even though he didn’t take the time to make himself aware of the looming crisis when he became education secretary, and certainly hasn’t given the impression he was either aware of it or cared about it enough to take action during the past three years. 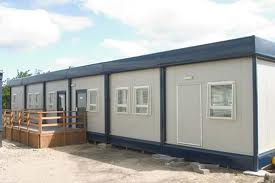 There are many ways in which governments, both local and national, can fail and can neglect the children they are supposed to provide for, but a failure to provide adequate places for the nation’s children in proper school buildings is surely the most shocking and the most unforgivable.

Gary Foskett and Clare Blackhall are educationalists, writers and consultants. We work with schools and other organisations who share our vision of how schools, businesses, etc should work in the 21st Century. We also run courses and contribute to conferences - speaking about our three dimensional model of intelligences and how schools, colleges and universities can develop the full potential of all their staff and students. We also offer consultancy for businesses and public sector organisations to support staff training and organisational change and development. For more detailed information read our blog at https://3diassociates.wordpress.com/ or see our website at www.3diassociates.com.
View all posts by 3D Eye →
Gallery | This entry was posted in Uncategorized and tagged 3Di Associates, admissions, class sizes, Department for Education, education, England, Michael Gove, planning, primary places shortfall, Primary school, schools, shortage of school places. Bookmark the permalink.