Let’s be Clear about SRE

This week, sex and relationships education (SRE) has been back in the news once more. It’s rarely out of the news which might make the likes of Mr Gove and his political party realise that this is quite an important issue for many of the population.

If you haven’t done so already, please take a look at the campaign from a young person who wants to see the current SRE guidance updated to reflect the fact that we’re now living in the 21st Century. http://www.change.org/en-GB/petitions/david-cameron-bring-sex-and-relationship-education-into-the-21st-century-bettersexeducation 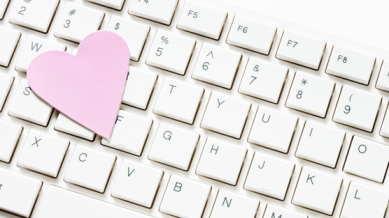 There’s support from Nick Clegg, who said on the radio this week that he agreed that changes to SRE guidance needed to be made.

“The guidance should be updated. The last time the guidance was changed was 13 years ago and the world is a very different place now. In many respects, it is a more liberating place, not least because of the internet, [but] it is also a more menacing place, particularly but not only for young girls…….”  he said.

“I haven’t been able to persuade Michael Gove and the Conservatives to move all the way on this”, he added.

Welcome to our world Nick!

We too would like to see the SRE guidance updated, but before we even get onto the need to refresh the guidance in the light of advances in technology and the ease of accessing pornography, perhaps we ought to get back to the issue of actually implementing the existing guidance and ask ourselves why this hasn’t happened before.

We need to be honest folks. If you ask any young person whether they have received good quality SRE in accordance with the very thoughtful and easily implementable SRE guidance of 2000, the answer by the huge majority will be a resounding no. Colleagues and specialists in SRE have endeavoured persistently to get schools and colleges to implement the guidance, but so frequently to no avail, and in the places where SRE has been taught, it’s often in such a diluted form to make it of negligible significance to the lives of the young people or society as a whole.

With devastating irony David Cameron delivered a speech in July about child abuse, access to pornography and controls that he wished to introduce to ensure that young people were protected.  Here are a few extracts from the speech that you can see in full by clicking on the link below.

“I want to talk about the internet the impact it is having on the innocence of our children how online pornography is corroding childhood and how, in the darkest corners of the internet, there are things going on that are a direct danger to our children, and that must be stamped out.

I’m not making this speech because I want to moralise or scare-monger, but because I feel profoundly as a politician, and as a father, that the time for action has come.”

“The fact that many children are viewing online pornography and other damaging material at a very young age and that the nature of that pornography is so extreme, it is distorting their view of sex and relationships.”

“For a lot of children, watching hardcore pornography – is in danger of becoming a rite of passage.
In schools up and down our country, from the suburbs to the inner city, there are young people who think it’s normal to send pornographic material as a prelude to dating in the same way you might once have sent a note across the classroom. Over a third of children have received a sexually explicit text or email.”

[So DO SOMETHING! Blocking their phones or putting controls on their computers is a classic case of bolting the stable door whilst the horse is galloping across the fields.]

Within this entire speech, he didn’t mention SRE once. Not once. He mentioned how the new National Curriculum refers to online safety but this is simply not enough. The safety element within SRE is merely one component of effective SRE. How can you talk about the need to be safe from sexual exploitation and abuse when many children haven’t even been taught what sex is, and when many parents and teachers can’t even use the S-E-X word, let alone educate their children about it!

To coin one of our Prime Minister’s favourite phrases, let’s be clear about this.

Sex and Relationship education has not been taught properly in schools for decades. Many of our societal problems could have been prevented if every child in the country for the past goodness knows how many decades had received some decent, accurate SRE that concentrated on values, on attitudes to sex and relationships, on respect, on self-worth, on empathy – quite frankly, on personal and social intelligence.

We’re not suggesting that all abuse, sexual deviancy and societal ills would have been totally eradicated by SRE. Sadly there’s always going to be psychotic people who don’t respect other people and who put their own egotistical and sexual desires before the needs of others. However, if SRE had been given the prominence that it deserves in schools, some of these issues could have been raised, discussed and prevented.

Mr Clegg is quite right to suggest that the SRE guidance needs to be updated. It was written in 2000 and he’s right – the internet has brought with it additional challenges to the world of relationships and sex education. However, he is also wrong, as is Mr Gove when he says that

“rather than attempting to update guidance when technology changes so rapidly – a year ago we wouldn’t have known what Instagram meant – the most important thing is to make sure we provide the resources teachers need,”.

[NB Gove refers to “experts” and “practitioners” in the field who’ve advised him that the guidance doesn’t need updating. Either these experts have been misquoted or they don’t exist because every colleague in this area of work who we’ve met wants the guidance updated AND implemented. Furthermore, it must be brought to Mr Gove’s attention that the large majority of “experts” in SRE are no longer employed, due to the cuts in local government that this government has imposed.]

[NB this is an ARCHIVED document – says it all, really.]

That said though, there are elements within the guidance that are as relevant today as when they were written over a decade ago. There are elements within the guidance that would have been relevant a century ago or a millennium ago because, guess what, sex has been around for a long time, and whilst our attitude to sex has developed and changed, the core essential virtues of humanity – respect, trust, honesty, safety, lovingkindness – have remained constant.

Quality SRE should have these virtuous ways of living as its absolute core.

Let’s be clear about this too.

Despite certain national newspapers “naming and shaming” those of us who’ve tried to ensure that all young people receive proper, age-appropriate sex and relationship education, as practitioners and experts in this field of education, we’ve never actually taught children how to be sexually competent or how to do it. Sex education has always been a deficit model. In the main, it’s about how not to have sex or how to ensure that you’re mature enough in body and mind to enjoy sex and relationships to their maximum potential.

And let’s be clear about this too. Children and young people can see right through our hypocrisy on the subject, which is probably why they’ve turned to the internet for information about sex rather than in the safe environment of a classroom or a home, where they should be able to talk things through logically, without embarrassment, with a trusted and reliable adult.

Come on people, let’s be honest. Let’s be quite clear about this. We can’t have our politicians talking about the sexualisation of society, the influence of pornography in our children’s lives and the devastating effects of ills such as domestic violence whilst they wilfully ignore the need for all of our children to have a decent sex and relationships education. Pornography is an issue but we can’t jump in to talk about this subject without looking at how the learning and teaching of any aspect of sex and relationships education is shaping up.

Once more, we ask the government to reconsider their attitude to sex and relationships education, and we ask you as our readers to support our resolve to allow all of our children to have access to the sort of education that they want, need and deserve.

Congratulations to the Daily Telegraph for campaigning for better sex education.

It’s a step in the right direction – but please, could you consider using the word “relationships” too and also consider the need for relationships education in primary schools as well!

Gary Foskett and Clare Blackhall are educationalists, writers and consultants. We work with schools and other organisations who share our vision of how schools, businesses, etc should work in the 21st Century. We also run courses and contribute to conferences - speaking about our three dimensional model of intelligences and how schools, colleges and universities can develop the full potential of all their staff and students. We also offer consultancy for businesses and public sector organisations to support staff training and organisational change and development. For more detailed information read our blog at https://3diassociates.wordpress.com/ or see our website at www.3diassociates.com.
View all posts by 3D Eye →
This entry was posted in Uncategorized and tagged Better Sex Ed, David Cameron, Internet pornography, Michael Gove, National Curriculum, Nick Clegg, personal intelligence, Pornography, quality SRE, Relationships, Sex education, sexualisation in society, Social Intelligence, SRE, SRE guidance, SRE guidance 2000, Telegraph Better Sex Ed Campaign, values and virtues. Bookmark the permalink.