Wellbeing and Education – Past. Present. Future. 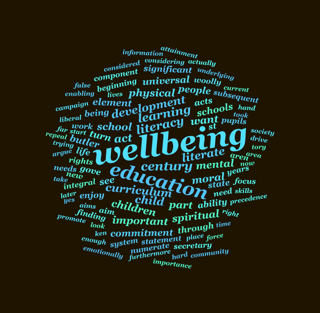 At the beginning of the 20th Century, there was a focus on literacy for all. At the beginning of the 21st Century, there has been a focus on wellbeing for all. How far have we actually gone in achieving universal literacy and wellbeing? What can we do to ensure that one of these core aims is not discarded for the sake of the other, when it’s patently obvious that the two go hand in hand?

At the turn of the 20th Century, enlightened philanthropists and educationalists were campaigning for universal literacy as a core aim of the education service. It took time. It evolved with the building and development of schools at the end of the Victorian era. Universal attendance at schools came about through a variety of Education Acts at the beginning of the new century. This led on to the Butler Act of 1944, where the tripartite education system and local authorities were introduced. With hindsight, we can argue against the divisive nature of a system segregated according to a very narrow view of intelligence, i.e. IQ alone, but there was an expressed aim to ensure that all children had the opportunity to become literate and numerate regardless of their background and ability. 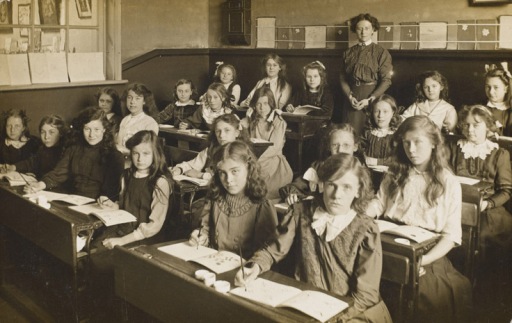 At the turn of the 21st Century there was a new education act that considered the rounded needs of the child. In 2004 “Every Child Matters” was the headline, and every aspect of childhood now mattered. This was the important underlying message. However, quantitative measurement  and concentration on attainment and standards meant that the other significant elements of the ECM agenda (be healthy, be safe, enjoy education, make positive contributions, be economically well) were regarded in most places as less significant.

The legislation of 2004 was strengthened by an additional Act in 2006 that explicitly stated that it is the role and responsibility of governing bodies to “promote the wellbeing of pupils”.

So here we are, seven years later, and we’ve yet to really translate this all important statement into a driving force of expectation about what schools and education are all about. We still suffer from the useless and false dichotomy of ‘standards’ versus wellbeing, when a focus on wellbeing can significantly impact on what young people achieve – one component of which is academic attainment.

Yet, here’s the irony. Wellbeing has always been an integral part of the expectation on schools, legislated for in an abundance of education acts. Look at a statement from the Butler Act of ’44.

“It shall be the duty of the local education authority for every area, so far as their powers extend, to contribute towards the spiritual, moral, mental, and physical development of the community by securing that efficient education throughout those stages shall be available to meet the needs of the population of their area”.

In his latest offering on the curriculum it clearly states that,

“Every state-funded school must offer a curriculum which is balanced and broadly based and which promotes the spiritual, moral, cultural, mental and physical development of pupils at the school and of society and prepares pupils at the school for the opportunities, responsibilities and experiences of later life”.

Here we have words from 69 years ago that still resonate today and are even deemed significant enough by our current Secretary of State to use at the very start of his new curriculum. And yet, Gove and his cadre of fact-finding followers continually dismiss “wellbeing” as the concern of woolly liberals who don’t buy into the need for our children to be literate.

Well, excuse us for pointing out the hypocrisy here.

Secondly, while we’re on the subject, who from the “woolly liberal” group have ever said that enabling a child to be literate was of no significance or shouldn’t be prioritised? 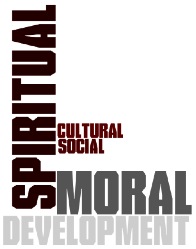 Thirdly, could someone please tell us how we can possibly consider the “spiritual, moral, mental and physical development” of the child without considering their wellbeing? Aren’t all of those individual words within this statement components of wellbeing – spiritual wellbeing, moral wellbeing (or a shared set of virtues and values?), mental wellbeing (or the ability to be emotionally, socially and personally intelligent?), physical wellbeing?

This is a complete hatchet job of the right to dismiss any voice that wishes to “promote wellbeing” – another significant part of an Education Act that they’ve chosen not to repeal.

So instead of getting into unnecessary debates about whether wellbeing should take precedence over learning to be literate and numerate, let’s think hard and rethink what we are actually trying to do here, and what we are trying hard to say.

We would like to declare now that wellbeing should take precedence over everything in life, and that a massively important component of wellbeing is to be literate. It is about being able to read and write but furthermore, it’s the ability to enjoy reading, enjoy writing, enjoy developing our literacy skills through the incredible and fortunate advancements in information technology that enables many of our young people to have access to a wealth of information and ideas.

Another part of our history lesson today is to look at other important pieces of work that took place at the turn of the last century. In 1999, “All Our Futures”, a government-commissioned report written by a committee chaired by Sir Ken Robinson, expressed very clearly the need for creativity in our school curriculum and in our lives. Was this about literacy? Yes. Was it about wellbeing? Yes. Did it ever suggest that the creative curriculum should somehow negate the need for our children to be literate? No. Quite the opposite.

Was this document dismissed as being “woolly liberalism”? Partly, and yet it’s one of the most important examples of how our curriculum should work and how literacy skills work in conjunction with an intention to promote wellbeing.

Sir Ken Robinson has gone on to talk about the need for us all to “find our element” and how the current education systems, both in the UK and in the USA, can stymie such an aspiration.

But could we ever really find our element or be in our element without considering our individual wellbeing? The answer to that is an emphatic “no”!

Our drive and our thirst for learning comes from our satisfaction and comfort with other aspects of our lives. Butler recognised that almost seventy years ago. If these underlying issues that affect our ability to learn aren’t dealt with, then any advancement in learning will never be sustainable. Learning tends not to become embedded if we aren’t emotionally connected with it. Our learning slows down. The rote-learning facts is meaningless unless it raises our spirits and increases our drive for learning. If we are striving for and moving towards our “element” then we become more content, calmer, more in tune with our needs. We will be well. So we would argue that “finding our element” is also about achieving wellbeing.

So, what should we do now?

Well, we need to campaign for wellbeing. We would like to see wellbeing put at the heart of education policy, whereby the aims of Butler, Gove et al for the “spiritual, moral, mental and physical development” of people are genuinely accounted for. Furthermore, we would like to see wellbeing as the driving force for literacy. We need to develop and maintain a lifelong love, interest in and passion for the written and spoken word.

The turn of the 21st Century has passed but our commitment to fighting for the rights of children hasn’t. Wellbeing is not a liberal, wishy-washy aim. It’s an integral and vital part of life, and as schools are an integral part of the development of our next generation, so too should wellbeing be a vital component of school life. In opposition to nothing. 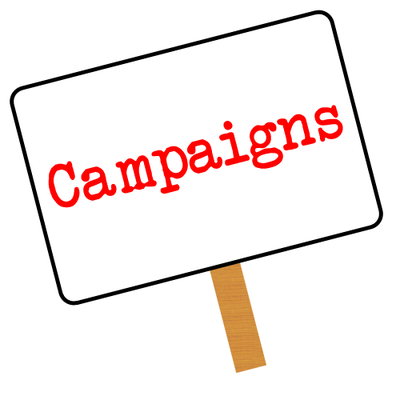 We intend to begin a campaign for wellbeing. We want people to become familiar with the United Nations Declaration on the Rights of the Child. We want children to know their rights. We want this government and subsequent governments to stop being fearful of stating a commitment to wellbeing for fear of it being misinterpreted as an add-on, or a deflection from the right to be literate and numerate.

Wellbeing is an important part of the equation. We want politicians and advocates of quality education to see the importance of wellbeing as and through a sustained commitment to lifelong learning.

Subsequent posts on this matter will outline our basic understanding of wellbeing and its purpose and role within a diverse and inclusive education system.

Gary Foskett and Clare Blackhall are educationalists, writers and consultants. We work with schools and other organisations who share our vision of how schools, businesses, etc should work in the 21st Century. We also run courses and contribute to conferences - speaking about our three dimensional model of intelligences and how schools, colleges and universities can develop the full potential of all their staff and students. We also offer consultancy for businesses and public sector organisations to support staff training and organisational change and development. For more detailed information read our blog at https://3diassociates.wordpress.com/ or see our website at www.3diassociates.com.
View all posts by 3D Eye →
Gallery | This entry was posted in Uncategorized and tagged 3Di Associates, All Our Futures, Butler Act, Campaign for wellbeing, education, Education ACt 1944, Education Act 2004, Education Act 2006, Education Education Education, Every Child Matters, False dichotomies in education, finding your element, Gove, health, Intelligent wellbeing, Literacy and Numeracy, Michael Gove, Ofsted, Promote the wellbeing of pupils, quality of life, Sir Ken Robinson, SMSC, spiritual intelligence, Spiritual Wellbeing, wellbeing. Bookmark the permalink.