RSA Schools with Soul – A Way Forward: Part One

The RSA “Schools with Soul” report was published last week and is an interesting and stimulating document with a very succinct Executive Summary. This publication is part of a series of educational investigations that are currently being carried out by the RSA – RSA Investigate-Ed. We look forward to the subsequent reports.

However, the RSA is not alone in reviewing current education practice. We’re involved in the Compass/NUT inquiry into education whose interim report is out shortly.  The ACSL union is also looking at accountability and other aspects of change needed in education. Other commentaries, such as “Making Education Work” and the CBI report “First Steps” have also been published.

All of this indicates that there’s a breadth of interest and alarm about the state of education in this country and those who have grave concerns are amalgamating their ideas – hopefully to the point of unity, that will bring forth a powerful lobbying group to strive for significant change in the coming years.

Our schools have been bombarded with “change” over the decades and many would see more change as damaging and unnecessary. However, there is so much dissent about what Gove et al have done to education that the status quo isn’t a viable option. 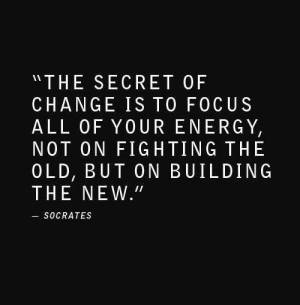 “The league-table culture and compliance culture that Ofsted has brought into the system has taken the soul out of schools.”

This is the first quote at the beginning of the RSA report and is an exemplary comment that gets to the heart of the problem. Our education system is dictated by accountability rather than that level of accountability being dictated by the purpose and aims of education. This is a fundamental error that has to be addressed at the earliest opportunity.  Comments such as the one above are a damning indictment on what has been allowed to happen over the last few decades.

“Despite an apparent increase in school autonomy over the last few decades, the goals that used to define the purpose of schooling appear have moved to the periphery. They have been overwhelmed by attainment-related accountability pressures and reduced to a by-line in National Curricula and in the Department for Education (DfE) and Ofsted’s thinking. It has been increasingly difficult for schools to think about anything other than short-term gains to short-term outcomes.”

If the measures of a schools “success” are solely based on quantifiable data, and if schools are only held to account by this number crunching, then this is what they are will concentrate on, even if they disagree with the narrowed focus in principle. In relation to SMSC (Spiritual, Moral, Social and Cultural), this is particularly pertinent. Whilst Ofsted do “assess” SMSC, there’s no numeric “value” or “level” given to this area (largely because many aspects of it aren’t quantifiable). This, sadly, undermines its importance and is only seen as significant if it impacts positively on “standards”.

As we’ve said on many occasions, neither Ofsted nor whichever political party is in power should be dictating our educational policy. What should always drive decisions in education are “values”. The aims of education need to be reviewed, with the wellbeing and the development of all the intelligences of our children and young people at the forefront of everything we do – and wellbeing is determined by developing all of the intelligences and not just the academic or intellectual capabilities. That is why aspects of SMSC are so important and why we applaud the “RSA Investigate Ed” for this report.

So what does the report offer in the way of findings and approaches to SMSC that is new?

In some ways, it offers nothing new to those who have always seen the central purpose of developing the whole child (and indeed, as in accordance with the 1944 Education Act, the whole community/society) as the mainstay of education.

However, there are some extremely useful points of reiteration in this document that are particularly pertinent in the light of the current situation, as evidenced by John McIntosh’s comment.

In our subsequent post tomorrow, we’ll explore these in greater detail. For now we offer a few short comments on the findings and recommendations.

3Di Associates comment: We would concur with these findings, particularly the underlying problem of the word “spiritual” that is too frequently associated with religion rather than its truest meaning. The penultimate finding is extremely worrying. It’s no surprise that schools concentrate on provision rather than outcome when considering SMSC – particularly as it is this Ofsted inspectors seem to report on, largely because of their reliance on data. (It’s easier to number-crunch the amount of out-of-school activities than assess the spiritual development of a given child.) Outcomes for SMSC should not be ephemeral but how do you quantify a longer term and possibly lifelong outcome?

We also believe that it’s not good enough to say that “SMSC is everywhere” and hope that is enough. SMSC (in its broadest use of the phrase to include personal and social development) should be planned for, monitored and evaluated – qualitatively.

Nine design principles for a transformed approach to SMSC

3Di Associates comment: The principles of reflection are vital. This is something that the “Slow Education” philosophy has encouraged for a very long time. Education and schooling has to be meaningful to our children and young people. Without reflective practice, we end up following a set of imposed structures rather than remembering what (or rather who) is at the heart of our purpose for education. Leadership is vital as is the need for careful monitoring and tracking of the development of the whole child – again, something that we have been advocating for a long time, and have examples of how this can be done.

Also, in order to make real space for the spiritual, we need to define it carefully and appropriately. This is such a deeply personal issue. One person’s spiritual stimulation can come from an impetus that others find incomprehensible. Look at musical tastes, for example. One person’s spiritually uplifting sound is another’s torture! What we need is to have opportunities for every child to explore what their own spirituality is as well as their commitment to a set of virtuous values to which we should adhere.

3Di Associates comment: We would agree with many of the recommendations here. SMSC has to be more integral to the main purpose of education. It should be led by shared values which we constantly and consistently reiterate to (and with) our children and young people.

However, there’s still a slight problem with the whole issue of SMSC.

It’s about the language and terminology – trying to be inclusive but omitting some significant points for learning and living.

Is it sufficient to hold onto this notion of the “spiritual, moral (who’s morals?), social and cultural” aspects of life purely because that is an historical acronym? As the report quite rightly points out “physical and mental” health and wellbeing was mentioned in the 1944 Education Act but isn’t truly reflected in this SMSC phrase. In reality, the SMSC acronym only came into being in 1988.

What of intellect? Isn’t that part of SMSC – not a separate entity?

It’s difficult to play about with words, but getting the words right is vital. That is why we would like to see the word “intelligences” used instead, for that is really what we are looking at – the development of the whole child with equity given to the development of all of the intelligences which encompasses SMSC (and beyond). 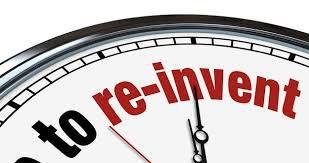 We will explore this in greater detail in the next post.

Gary Foskett and Clare Blackhall are educationalists, writers and consultants. We work with schools and other organisations who share our vision of how schools, businesses, etc should work in the 21st Century. We also run courses and contribute to conferences - speaking about our three dimensional model of intelligences and how schools, colleges and universities can develop the full potential of all their staff and students. We also offer consultancy for businesses and public sector organisations to support staff training and organisational change and development. For more detailed information read our blog at https://3diassociates.wordpress.com/ or see our website at www.3diassociates.com.
View all posts by 3D Eye →
This entry was posted in Uncategorized and tagged 3Di Associates, ACSL, Compass Inquiry, Investigate-Ed, multiple intelligence, NUT, Ofsted, Ofsted and SMSC, RSA, Schools with Soul, SMSC, spiritual intelligence. Bookmark the permalink.

1 Response to RSA Schools with Soul – A Way Forward: Part One