So, who has been leaking documents from the Department for Education, and more importantly – why? 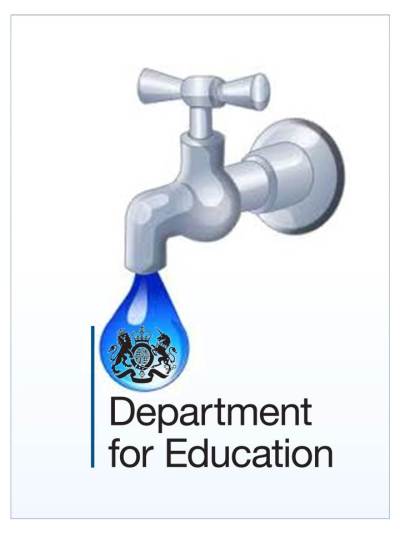 Perhaps, like so many of us who have worked in education for decades, this person can no longer tolerate the damage done to the equity of the state system through this divisive policy of setting up free schools and chains of academies.

The leaked document in question has been extensively reported on in The Observer and the Guardian this weekend, here and here. Well done to Warwick Mansell, Richard Adams and Daniel Boffey for reporting on the important issue of Free Schools and the government’s fear that more of them could slip into Ofsted’s “Special Measures” or “Notice to Improve” judgement.

The comments below the line are well worth a read: such strong dissent and heartfelt sadness at the demolition and division of the state sector.

It’s not always helpful to talk about blame but there are times when the destruction is so severe that there needs to be some finger pointing. What Michael Gove has done with his policies on school governance is well-documented. His insistence that schools should be removed from local authority control has led to some appalling practice with his army of academy brokers persuading schools, at their lowest level of esteem, that there is no alternative to becoming an academy, let alone the selling off of state land to private companies for a pittance.

Despite Gove’s insistence that many of the Free Schools were set up due to lack of viable places in state maintained schools, the reality is that many were established for political reasons rather than educational. The views of the voter rather than the needs of the children were the prerequisite.

Yet we can’t put all the blame on Gove. Had Lord Adonis not had the same mission of weakening the control of local authorities, this sorry situation wouldn’t have been able to happen.

In the leaked document, reported in the Observer on Sunday, it was suggested that Regional School Commissioners are going to supervise and oversee the free schools and academies – not a local authority but a rose by any other name. Somebody somewhere has realised that the freedom and powers afforded to these semi-independent establishments have meant that rather shoddy practices could occur – and have occurred. The embarrassment of more free schools failing their Ofsted inspection is simply too much of  a political nightmare to bear.

We want to make this very clear. We’re not here to defend local authorities. Some of them are excellent – outstanding even; offering and providing incredibly valuable support to their schools, their staff and the children within. Others are less so.

Too frequently, local authority leaders have bowed to the political persuasions of policy rather than the needs of their local communities. They’ve probably done this for the very same reason that some head teachers have “played the attainment game” – to get officials off their backs rather than fundamentally agreeing with the educational policy direction. Whatever the reason, our children and young people have suffered the consequences of this political football field. 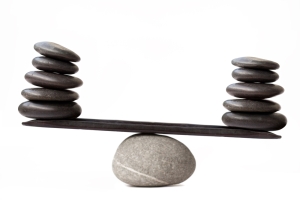 In education, as in life, there needs to be balance. There needs to be freedom but there also needs to be a level of accountability that reflects the fundamental objective of improving children’s lives. Schools, like people, need to learn from one another – sharing ideas, agreeing and disagreeing, working out how they can improve and grow. Schools, like people, need time alone as well as companionship or collegiality. They need their own identity whilst simultaneously adopting a set of agreed and shared values that guide them, always. When those “values” have been imposed from above with an added policy of “conform or be damned”, then it’s no wonder that schools and people end up playing a game that directly contradicts their philosophy or ideology.

Whilst this leaked document suggests that the main reason for developing these Regional Commissioners is to ensure that Gove’s flagship schools don’t fail, there is the underlying realisation that schools, like people, can’t live in silos. They can’t operate without any due care or consideration for others, only thinking of themselves and their own desires, especially when those desires are contrary to societal needs (and in some cases societal laws). They can’t function without an awareness of what is happening outside of the confines of their own institution. They can’t survive in a silo.

Even Gove has recognised that. The reason he is so delighted when the Harris’s or the Arks of this world run in with an offer to take over a school is because, to all intents and purposes, these academy chains are akin to local authorities. One of the reasons for their success is that they have the freedom to create a workforce of advisers to support these schools collectively. No individual school could afford to employ an adviser for every curriculum subject, or a fleet of lawyers and educational welfare officers to advise them in their hours of need. None of these schools could individually afford the latest IT equipment for their classrooms or indeed the carpets for their floors. It is the collective nature of the chains that gives them greater “value for money”.

The report in the Guardian says that one of the other reasons for employing these Regional School Commissioners is that the free schools and academies have too much freedom, and legislation is needed immediately to tighten the loopholes created by the most recent Education Act of 2011. Essentially, they’re free to do what they like and the only intervention that the state can make is to close them down by withdrawing their funding, which might seem pretty drastic if there are only one or two issues that need resolution.

Yes, this act gave the Secretary of State the right to intervene in any school, forcing a change of governance and enabled him to agree to the establishment of new schools. However, the naivety of the aforementioned minister, in assuming that all of these schools would be utterly outstanding and compliant to his wishes, is almost laughable. The arrogance!

Perhaps he thought that once a school became an academy, it would automatically jump up the league tables and score highly with Ofsted. He probably got that idea from the Ofsted reports immediately following Adonis’s “Academisation” programme because, guess what, some of them miraculously did receive “Outstanding” Ofsted reports – though many “failed” to improve dramatically on their results considering the money that was poured into their institutions.

He obviously thought that the Free Schools would be totally compliant because, without him, they wouldn’t even exist. Therefore they would have to comply with his wishes.

These Regional School Commissioners aren’t necessarily a bad thing. What is wrong is the fact that they are only set to serve a small percentage of schools because of a mistake that occurred whilst hurrying through a legislative nightmare that, on reflection, wasn’t properly thought through.

What is also very wrong is that these Regional School Commissioners, and presumably the staff that are going to support interventions on their recommendations, are going to be funded by money that should be available to all schools. If Gove hadn’t set up his free schools and academies, and hadn’t created arrogant, naïve legislation, there wouldn’t be a need for another level of intervention. If there wasn’t a divided state education sector, then there would be no need to set up new bodies of accountability.

If someone had had the foresight to accept that all was not right with local authorities but that a reinvention of purpose and practice in this sector was more economically and ethically right, then there would be no need for yet another quango – the irony!

And of course, if education policy was governed by an intelligent approach whereby all needs of all children was the absolute guiding principle for legislation, then we wouldn’t be in this mess at all.

Gary Foskett and Clare Blackhall are educationalists, writers and consultants. We work with schools and other organisations who share our vision of how schools, businesses, etc should work in the 21st Century. We also run courses and contribute to conferences - speaking about our three dimensional model of intelligences and how schools, colleges and universities can develop the full potential of all their staff and students. We also offer consultancy for businesses and public sector organisations to support staff training and organisational change and development. For more detailed information read our blog at https://3diassociates.wordpress.com/ or see our website at www.3diassociates.com.
View all posts by 3D Eye →
This entry was posted in Uncategorized and tagged academies, Academies brokers, accountability, Andrew Adonis, Ark Academies, balance in education, Education Act 2011, Free Schools, Harris Academies, local councils, Local education authorities, Michael Gove, Ofsted, Ofsted and failing schools, Ofsted and Free Schools, Powers of the Secretary of State for Education, Regional School Commissioners, Warwick Mansell. Bookmark the permalink.