“They don’t know what they’re good at”

This may be a good time to think about the human qualities that drive people to act in ways that are altruistic, charitable, loving, philanthropic and show concern for humanity and social justice. Why do some people appear to be less driven by egotism and the need for self-gratification, and are driven more by concern for others? Why do some people possess higher degrees of empathy and spiritual intelligence, and thereby act virtuously within a framework of clear spiritual values? Do their motivations come from deep within, or are they ‘caught’ from family, friends and the wider community? Do all schools and all teachers play a role in developing spiritual and social, as well as intellectual, growth and intelligence?

We’ve written about the characteristics of ‘highly evolved’ individuals in previous posts:

An outstandingly gifted young person, who happens to have grown up in our part of the world – London’s East End – has come to national prominence recently.

Is Jermain Jackman the first winner of a TV talent contest more interested in politics than pop? The 19-year-old from Hackney gripped 6.6m viewers when he won the third series of The Voice. Unlike James Arthur or One Direction, though, Jackman mentioned his work with the Labour Party within seconds of addressing the judges. He is a member of the youth party and his ambition – to become, as he put it, “the nation’s first singing black prime minister” – is unheard of in light entertainment, usually so removed from party politics that voting is something that happens only on premium-rate phonelines.

Watching the teenage activist capture the nation – with Ed Miliband, Diane Abbott and Stella Creasy all cheering him on via Twitter, and Hackney exploding with delight on a weekly basis – well, it was quite a thing. And then he won! And now he refuses to limit his ambitions to the debut album he is recording. Jackman – who was elected to Hackney’s Youth Parliament, representing Stoke Newington – wants to make a difference. 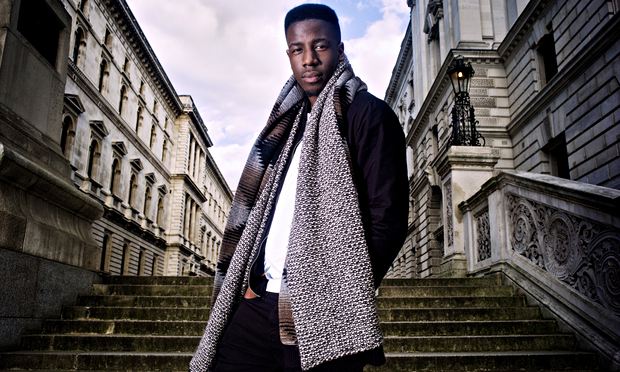 The well-worn (hackneyed?) phrase “make a difference” is . . . interesting. The bankers who crashed the economy certainly made a difference. Fragmenting and privatising a nation’s systems of education and health certainly makes a difference, although not in a good way.

However, Jermain Jackman says he wants to “side with the public”:

His greatest desire, as he repeats often, is “to inspire others”.

Jackman still lives on the council estate where he grew up, in a fairly deprived part of east London. Gentrification and the Olympics have ploughed money into his area – but not for everyone.

“I want to use my success to make things happen for the community.”

Jackman worked with MPs in 2012 on a project to dissuade young people from getting involved in gang culture. I ask what his tactic was. “Opportunity. Giving something that appeals to them. People who may get into gun and knife crime are on the street, not seeing that they have any worth. I guarantee, if they saw what they were good at, they would be pursuing that and making jobs out of that. But they don’t know what they’re good at.”

“I guarantee, if they saw what they were good at, they would be pursuing that and making jobs out of that. But they don’t know what they’re good at.”

The fact is our common culture and the culture of so many schools tells young people that if they’re no good at or not interested in academic attainment then they’re simply no good. Success and achievement are correlated mainly or exclusively with success in high stakes exams. New Labour drove the ‘standards agenda’ as hard and as fast as it could, and the coalition has continued with this effort, whilst occasionally paying lip service to the importance of ‘character’ development and ‘creativity’.

All of the main political parties have for decades declared and maintained that success in examinations and in higher education is the only route out of poverty and out of tough inner city communities – not that all young people aspire to move away from friends and families. It’s only in recent times that some politicians have begun to say that knowledge and skills gained through vocational education are of equal or possibly greater value.

We say again – we need to allow, enable and encourage ALL students of every aptitude, interest and ability to pursue and discover their ‘Element’. We need to show all young people that they have worth.

Enabling Children to Discover their Element

Gary Foskett and Clare Blackhall are educationalists, writers and consultants. We work with schools and other organisations who share our vision of how schools, businesses, etc should work in the 21st Century. We also run courses and contribute to conferences - speaking about our three dimensional model of intelligences and how schools, colleges and universities can develop the full potential of all their staff and students. We also offer consultancy for businesses and public sector organisations to support staff training and organisational change and development. For more detailed information read our blog at https://3diassociates.wordpress.com/ or see our website at www.3diassociates.com.
View all posts by 3D Eye →
This entry was posted in Uncategorized and tagged 3Di Associates, Altruism, attainment, creativity, crime, Easter, education, element, employment, exams, gangs, Hackney, human values, intelligences, Jermain Jackman, learning, motivation, multiple intelligences, personal intelligence, pupil entitlement, Social Intelligence, spiritual intelligence, Virtue, vocations, Voice, wellbeing. Bookmark the permalink.