Crushed: Jack Dee’s schooldays, and how he found his Element

Why do so many of the guests on BBC Radio 4s “Desert Island Discs” talk about distressing and shocking experience of school? Why do so many who will never achieve prominence or celebrity status also do likewise?

“Is it because I is creative?”

Once again this week we listened to the experiences of a highly intelligent man who is  extremely talented, self-reflective and thoughtful. He’s popular. His observational humour is dry and amusing and yet during his years in school he was labelled as “thick”!

Presumably Jack Dee found typical school tasks either too difficult or more likely, too tedious. As he mentioned during the broadcast, he couldn’t see the point of his schooling.

I got into some trouble and the headmaster addressed me in front of the whole school and said that it’s very unlikely that he’s going to get into a public school because he’s too thick.

KY: Are you paraphrasing that?

JD: It’s pretty precise what he said. Absolutely. In front of the whole school. I remember him saying that, and you of course absorb that. As a child you tend to believe what adults say to you, and I think that was something I took a long time to shake off, and I still fear that label, and I still find that one of the most hurtful things that can be said – of anyone.

It’s not a word I use – not lightly anyway.

Whoever you are, Mr. Headmaster, hang your head in shame!

Mick Waters, former Head of Curriculum at QCA, talks emphatically about “Velcro” and how we, as teachers, should be incredibly mindful about what we say and how we label children because that labelling can last for a lifetime, as was the case with Jack Dee. 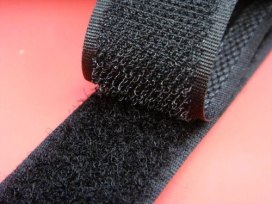 The appalling nature of Jack Dee’s public labelling by his headmaster is evidently an extreme form of the Velcro effect, yet, there are times – within the confines of a staffroom – that these sorts of conversations take place.

“There’s never any good going to come of so and so.”

“She’s really not all there.”

“He can’t do a simple task no matter how many times I’ve told him how to do it.”

Yes, it might be lovely to think that a teacher has said that about you or one of your children –  but consider this more carefully.

If one person is bright, does that mean others are dim?

Do we use the word “bright” for children who are good with their hands in the same way we use the term for those who are intellectually able? Is a carpenter or a car mechanic the opposite of “bright” because they might not have the ability or the ambition to pass an A-Level in Physics?

We really do have to be more careful with our choice of words.

KY: You’re brilliant, thinking on your feet and coming back with very caustic, smart-arse replies. Did you in school, to your teachers?

JD: Too much so, I’m sure. I imagine I would have been an absolute pain in fairness to the teachers, and they weren’t all unkind. Of course, there were some that were great but I think my ability to learn in a school environment had been well and truly crushed out of me by a pretty early age.

Again, what an indictment on Jack Dee’s school and indeed on education – to think that ANY child comes out of an educational institution with their love of learning crushed. That’s a complete tragedy, however small-scale it might be (though we fear that Jack Dee’s experiences are far from being a minority).

At this point in the interview, Jack Dee reiterates what we have been saying for a very long time, and what is still to be fully reflected in the way our education works – i.e. that there are a number of intelligences and that our entire system is massively deflected to prioritise and praise one intelligence – that of intellect.

KY: What attitude do you have towards your children and their learning, if you can have sympathy with the fact that kids – smart kids – can be in school, feeling very disconnected?

JD: I think that everyone has a specific kind of intelligence, and a specific talent in their life, and some people have the talent to be able to absorb textbooks and then reproduce them in an exam, and that’s a wonderful gift to have. There are other people who can create amazing pieces of furniture. Now who’s the more intelligent? I wouldn’t want to put that to the test.

Neither would we Jack, yet that is precisely what our education system does. It tests, and it tests one form of intelligence, thereby demoting other important intelligences and abilities to a lower domain.

Even within academic studies there’s a pecking order. Mathematicians and scientists are deemed to be more able and “clever” than those studying history or philosophy or English. 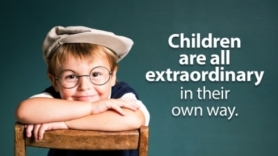 It’s now a quarter of a century since the National Curriculum was introduced in this country, and still we have young people leaving school with exactly the same “crushed” feeling that Jack Dee describes. We still have a curriculum that doesn’t accommodate the fact that we all have “specific kinds of intelligence” or indeed that we have multiple intelligences.

In his book, “Finding Your Element”, Sir Ken Robinson writes about many talented and able people like Jack Dee who were “failed” by the education system. The Jack Dee’s of this world are the fortunate ones, but there are too many like him who will never have the determination and wit to overcome the labelling and the crushing nature of failure.

Kirsty Young concluded the discussion on his education:

KY: When that teacher said to you “You’re thick” I wonder if there’s a little bit of replying to that all the time. You are so verbally dextrous on the stage. Is that what you are doing?

JD: Yes, I think so because I achieved nothing at school. I’m always trying to subsidise what I failed to achieve through school. So I’m always reading, I’m always trying to improve my mind. You never give up trying to recapture that ground. Certainly when I’m on stage and if that little voice comes into my head, now and says “you’re thick” – I say “No you’re not!”

I like to come up with solutions, and I think that is what you do if you’ve failed in education. You come up with other ways through.

Can we please consider these wise words? Jack Dee is not the first guest on “Desert Island Discs” to explain how sorry their schooling was. There are thousands who will never appear on Desert Island Discs who have endured years of being labelled “thick” even if that word hasn’t been used directly or explicitly. There are thousands who are trying to “come up with other ways through” because our education system doesn’t allow them to learn in the way they wish.

Perhaps Ed Miliband should listen to this interview as he considers “the forgotten 50%” that he so eloquently referred to in his Conference speech a couple of years ago.

50% is hardly a minority. Jack Dee’s experiences are not in a minority. Those who have other intelligences that are not tested or deemed important in our education system are not in a minority. Even the academically able are entitled to a creative education, to have their various gifts and talents recognised, and to receive an education that enables them to develop socially, emotionally and spiritually.

Adopting an approach to learning and education that reflects the fact that we have multiple intelligences has to be one of the most important contributions to addressing the problems of inequalities. If we valued other attributes and abilities as much as we value intellect then wouldn’t that help millions of children and young people to find fulfilment, and in doing so help to create a fairer and more equal world?

Gary Foskett and Clare Blackhall are educationalists, writers and consultants. We work with schools and other organisations who share our vision of how schools, businesses, etc should work in the 21st Century. We also run courses and contribute to conferences - speaking about our three dimensional model of intelligences and how schools, colleges and universities can develop the full potential of all their staff and students. We also offer consultancy for businesses and public sector organisations to support staff training and organisational change and development. For more detailed information read our blog at https://3diassociates.wordpress.com/ or see our website at www.3diassociates.com.
View all posts by 3D Eye →
This entry was posted in Uncategorized and tagged 3Di Associates, 3Di Associates model of intelligences, BBC Radio 4, BBC Radio Four Desert Island Discs, creativity in the curriculum, Desert Island Discs, Ed Miliband, finding your element, Forgotten 50%, intellect, intelligences, Jack Dee, Kirsty Young, labelling in education, Mick Waters, multiple intelligences, Sir Ken Robinson, teachers labelling children, What is intelligence?. Bookmark the permalink.

2 Responses to Crushed: Jack Dee’s schooldays, and how he found his Element