As promised, here are some bullet points from the Secretary of State for Education’s Q & A session at Wellington College. There was a brief two-way discussion between Michael Gove and Sir Anthony Seldon, headmaster of Wellington College.

(NB: This post is longer to fully reflect the debate that took place.)

[3Di: He’s immovable – travelling in the “right” direction is more than a Freudian slip!]

[3Di: The problem with his theory is that many young people are turned away from learning due to boredom. Many of our young people have the “stickability” to sit for hours playing computer games. We need to ensure our lessons are as inspiring and exciting for them. The current offering from Gove’s National Curriculum just isn’t doing this. One could say that if a young person copes with the monotony of some lessons then they are indeed developing “stickability”.]

[3Di: It wasn’t communicated well because policy and lack of funding reduced the value of these subjects. It never was and never should be an either/or. Music and art encourages language skills not detracts from it. It takes an educationalist, not a journalist,  to fully appreciate that.]

[3Di: That may well be the case but the stringency of the curriculum and the time available means that people have to make choices. The criteria for KS4 excludes 20th century “foreign” texts as mandatory. Hence, they were dropped by the examination boards: a classic example of saying one thing but legislating against it.]

[3Di: Refer to previous points. If this isn’t a criticism of primary teaching then we don’t know what is. What he really means is that there are some children who don’t achieve a Level 4 but a large proportion of these children do reach a Level 3A or 3B. The reason that some children find it hard to follow the secondary school curriculum is more to do with levels of interest than levels of ability.]

[3Di: on one level, we applaud this change. However, it detracts from the real issue about league tables themselves. If you are only measuring one aspect of “schooling”, even if it is improved to reflect progress rather than attainment, then you are distorting the purpose of education. Furthermore, from personal experience we know that some schools deliberately underestimate on baseline assessment and indeed KS1 results to improve their value added scores. You introduce a system – people play to it.]

[3Di: Of course they do, but what thought has gone into “technical education”? As Kenneth Baker said, there is no thought on technical education – or there hasn’t been until the establishment of UTCs. We have an academic bias system that has forgotten the hands, the vocational. Baker also said that the Tomlinson Report was the best piece of educational visioning that happened under New Labour because it offered equity to vocational subjects. Gove, and indeed the Labour Party, seem to want to bury this important report.]

[3Di: Gove just doesn’t get it. He should have listened to SMWs views on pedagogy in the morning. Nothing could have been clearer. Sir Michael certainly implied that he advocated a particular style of teaching…. And teachers! There will never be the freedom to teach in the way many teachers want to teach until there’s a balance of summative and formative assessment, until Ofsted truly accept that the three-part lesson model in its current structured form is not the only way to teach. As ever, Mr Gove is misguided in thinking that changing accountability measures is dumbing down. It’s not, and people like Debra Kidd can prove that, if he would only take the time to listen.]

[3Di: Again, to some extents he is right. On one level we do need more research to demonstrate how a different approach to learning brings “results”. On another level, the evidence is out there. Look at schools such as Wroxham Primary in Potters Bar. Their results are exceptional. They’ve created learning using a completely different approach. There are other pieces of research too. The only problem is that they are largely ignored by policy makers. So yes, we can provide evidence but who is going to take notice?]

[3Di: Yes, Mr Gove, it’s as simple as that. Nothing then, to do with class size at all. So the ability to mark and give speedy feedback isn’t hampered by having 30 rather than 15 in a class?] 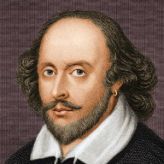 [3Di: We wouldn’t necessarily argue with that, except that it should be up to the school to decide. Also, Shakespeare wrote more plays than “Twelfth Night”, “Macbeth”, “Hamlet”, “A Midsummer’s Night Dream” etc. Staple Shakespeare has been “staple” for longer than “Of Mice and Men”. Diversity is the key! It also has to be noted that this is a personal judgement. We might like schools to study Lau Tzu or explore the richness of Bob Dylan’s lyrics that might have as much resonance to our young people in the 21st century as Shakespeare – just a thought.]

[3Di: Well Mr Gove, if you are really interested in examples of schools where SRE isn’t taught appropriately, we could give you a list – and it probably covers the large majority of schools.

Also, let’s get the “facts” straight. SRE is NOT statutory. Just to reiterate this point, here is a direct quote from the NC Framework from the DfE.

Now where is the “relationships” in that?

[3Di: This is interesting. Yes, some levels do give a false sense of achievement and encourage teaching to the level descriptors rather than looking at the needs of the individual child. However, the reason he has removed levels in National Curriculum is to justify his “new” assessment methods such as the Y1 phonics test and the Y6 SPAG test. He hasn’t removed them because he trusts teachers to use formative methods of assessment. That’s not rigorous enough, according to Mr Gove.]

[3Di: Oh the irony! The audience nearly exploded at that point. We hope Gove was listening. Nobody said it but it was evident from the uproar that this is exactly how people feel they are expected to teach – to test, even a test as ridiculous as decoding imaginary words; words that able readers are failing to “decode” because they have no context or meaning.]

“Disagree? Well there you go”.

And that really is it with Mr Gove. If you disagree, then off you go. You could provide all the evidence from around the world, and Mr Gove would manipulate it or dismiss it. He really is a determined man. His way is the way – the be all and end all of education.

But we know that there is another way, and a way that reflects the needs of our young people. A revolution, a new model of education is needed – a philosophy built on the value of a holistic education, one that puts education firmly in the hands of the educators.

Gary Foskett and Clare Blackhall are educationalists, writers and consultants. We work with schools and other organisations who share our vision of how schools, businesses, etc should work in the 21st Century. We also run courses and contribute to conferences - speaking about our three dimensional model of intelligences and how schools, colleges and universities can develop the full potential of all their staff and students. We also offer consultancy for businesses and public sector organisations to support staff training and organisational change and development. For more detailed information read our blog at https://3diassociates.wordpress.com/ or see our website at www.3diassociates.com.
View all posts by 3D Eye →
This entry was posted in Uncategorized and tagged Anthony Seldon, assessment, class sizes, Festival of Education, Gove's criticism of teachers and teaching, Kenneth Baker, Michael Gove, Of Mice and Men, Ofsted, Ofstedand lesson observations, Secretary of State for Education, Sir Michael Wilshaw, SPAGs, statutory SRE, Studying Shakespeare, The TImes Festival of Education, Tomlinson Report, University Technical Colleges, Wellington College, Y1 phonics tests. Bookmark the permalink.