Narrowing the Gap and Cultural Entitlement

In his most recent article, Will Hutton, has drawn attention to the significant problem of narrowing the gap between affluent and financially disadvantaged young people being accepted into university. Needless to say, the figures are startling yet unsurprising.

He continues to remind us that 41% of British medal winners at the Olympic Games in 2012 were educated privately whilst four private schools, together with one sixth-form college in Cambridge, send the same amount of students to Oxbridge as 2000 state schools: wholly disproportionate.

Hutton then says that despite a range of interventions to attempt to narrow the gap, such as Summer Schools, rebate in fees and some more enlightened universities having “positive discrimination” policies, the narrowing of the gap simply hasn’t happened.

“The reality is that differential university applications reflect the desperately unequal society Britain has become – and also reflect the ongoing offence to any system of morality presented by such widespread private education.

We should open up private schools, invest disproportionately in state schools in weaker neighbourhoods and pay teachers as proper professionals. But above all we should be mobilising against inequality in all its manifestations – in housing, jobs, wages, access to the internet, sport and culture. There is no future for Britain other than as a smart society, and the more our people are enfranchised, the smarter we will be. Universities can, and will, play their part, but they can’t solve society-wide failures by themselves.”

We would concur with his comments but we would also like to start a little earlier in a child’s life to redress this inappropriate imbalance by concentrating efforts and finance in Early Years and Primary Education. 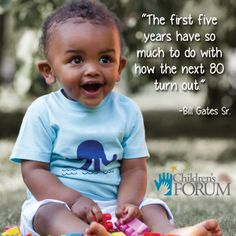 As Will Hutton says, Higher Education institutions can’t solve the societal issues in a silo. What happens way before the UCAS applications have to be submitted is of explicit importance to whether young people from financially disadvantaged backgrounds feel a need or desire to go to university.

(On a slight aside, which we will detail in a subsequent post, there is the whole questionable notion of Higher Education being an absolute goal for all young people. Not all young people are academically able but they have other skills and other intelligences in abundance. Valuing those intelligences in equal measure to intellect might be an excellent way to narrow the social and economic inequality that’s prevalent in our society. Also, not all young people who are academically able are right or ready for university at the age of 18, yet our schools are frequently judged on how many young people move on to higher education, forcing many youngsters to apply for universities when that isn’t their natural choice.) 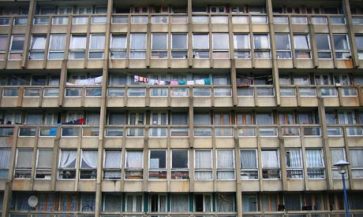 It’s addressing the “housing, jobs, wages, access to the internet, sport and culture” together with refocussing the aims of education at an early age that may prevent this disparity of opportunity in later life, and it is this that we would like to see acted upon.

Will Hutton rightly says that one of the strengths of the applications to university from more affluent students is the breadth within their personal statements.

“The differences even come through in personal statements accompanying university applications: 70% of students from private schools with the same grades are generally admitted to top universities compared to 50% from state schools. The key difference is personal statements, testifying to vast differences in cultural capital and experience. Manchester University’s Steven Jones, for example, observes the different impression conveyed by accounts of work experience that involve a Saturday job or a school visit to a business, on the one hand, with a personal statement that cites work with a local radio station, with a City law firm or a designer, on the other.”

“Are we to believe that native academic ability is uniquely concentrated in the children of parents rich enough to afford to pay the fees?” says Hutton.

Of course that is absolutely ludicrous. A child isn’t naturally more intellectually able by virtue of being born into a family with more money. Yet it is evident that more money means the potential for more cultural activities or greater access to paid-for sports clubs. Friends in high places means a greater possibility of getting work experience in more exciting places; thus broadening the mind and indeed the soul – which all look great on a personal statement that’s required for a university application.

The importance of decent housing in a child’s life cannot be underestimated. If a child has somewhere to sleep on their own, eat with their family at a table – together, has access to Wi-Fi in the home and is free from constant upheaval of moving from one rented place to another, then they are more likely to be able to “work well” at school. 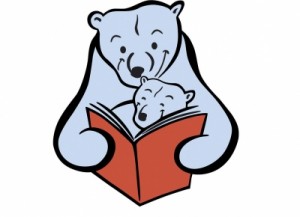 So housing is important as is the growing need to ensure that every child has access to the internet. During New Labour’s reign, Bookstart enabled pre-school children to have access to literature that their more affluent counterparts had been receiving for years. The same needs to be done now with internet access. The advantages of being on-line at an early age, with regard to intellectual stimulation and development, are huge.

But as important as the housing issue is the entire issue of the purpose of primary education.

We know that children from financially disadvantaged homes often have less access to some of the cultural experiences as their more affluent friends. Therefore, it’s so important that Early Years and Primary Education are given the time and resources to narrow that gap.

Too frequently over the last few decades, some schools have felt that trips out to the local museums, parks or further afield to theatres and sporting events, should be curtailed because they don’t feature on the dreaded league tables – or that any trips out should directly relate to a National Curriculum Learning Outcome rather than be influenced by the need or the interest of the child. We know that a child has achieved a level X in English and Maths and we can decipher the effect of the input from the school. But we have less idea of what a school is offering children in the way of cultural and social experiences, and far less of an idea of how the impact of this is measured. 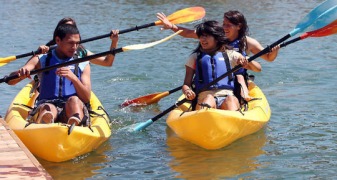 Yet it’s vital that our young people have all manner of experiences that broadens their minds and their outlook, that opens their minds and influences their willingness to learn – and this is being stymied by the education system as it stands.

In another article that we retweeted from Warwick Mansell this week, Robin Alexander, from the Cambridge Review, discussed the “Parts the National Curriculum Doesn’t Reach”.

Whilst his impetus for writing was about the horrendous events in the Middle East and the need to look at the values we are teaching and the importance of empathy, there is an underlying issue here about cultural rights of the child – the value of cultural experiences.

“The twelve educational aims proposed by the Cambridge Primary Review included the promotion of respect and reciprocity, interdependence and sustainability, culture and community and local, national and global citizenship; while the Review’s curriculum framework sought to advance the knowledge and understanding with which values in action must always be tempered through domains such as place and time, citizenship and ethics and faith and belief.”

“Yet where is any of this reflected in the national curriculum that England’s schools are about to implement?……………….. culture – however one defines it – gets short shrift and in the primary phase citizenship has disappeared completely.”

If we truly want to narrow the gap, then we have to look at the aims of Primary Education. It’s too late to start offering incentives and initiatives at post 16 to try and redress the imbalance of academic and cultural experiences.

If we start to address these issues, and give equal importance to jobs and life choices that don’t necessarily include a formal academic Higher Education degree, then we might begin to tackle this “narrowing the gap” issue for real.

Gary Foskett and Clare Blackhall are educationalists, writers and consultants. We work with schools and other organisations who share our vision of how schools, businesses, etc should work in the 21st Century. We also run courses and contribute to conferences - speaking about our three dimensional model of intelligences and how schools, colleges and universities can develop the full potential of all their staff and students. We also offer consultancy for businesses and public sector organisations to support staff training and organisational change and development. For more detailed information read our blog at https://3diassociates.wordpress.com/ or see our website at www.3diassociates.com.
View all posts by 3D Eye →
This entry was posted in Uncategorized and tagged 3Di Associates, bookstart, Cambridge Review of Primary Education, Elitism in UK schools, Housing and education, Narrow the Gap, narrowing the gap, primary education, Public school education and Olympic medalists, Robin Alexander, social inequality, the Guardian, the importance of primary education, university entrants, Warwick Mansell, Will Hutton. Bookmark the permalink.