“Pride” and the value of Social Intelligence

In this blog we often refer to books, newspaper articles, music and films that, for us, exemplify multiple intelligences and their importance, their use and their value in our lives.

Our society and our education system is so driven by the pursuit of intellect that some lose sight of the other intelligences that are necessary for living well.

A new film called “Pride” is an intelligent film because it illustrates not only a cerebral or intellectual pursuit of political activism but also shows the value of the very essence of living harmoniously and collegially – living with empathy; a vital component of social intelligence.

For those who haven’t seen the film, please note there are spoilers within this post. However, as it’s based on a well-known true story, the element of surprise shouldn’t be too tarnished by continuing to read this.

Mark Ashton was a young, gay man who had a passion to tackle social inequalities and injustice. A member of the Young Communists in the 1980s, he combined his belief in a fairer society with a will to act, campaigning vigorously for gay rights in particular. 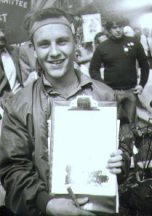 In the middle of the Miner’s Strike, Mark and his comrades decided that they ought to collect money for the striking miners. He explained that the gay community had endured years of prejudice with deceitful misinformation written about them in the press, and therefore they had a duty to support others in a similar situation.

Eventually, a group gathered to form LGSM – Lesbian and Gays Support the Miners. Initially, they collected hundreds of pounds and then set about trying to find a mining community that would benefit from their fundraising efforts.

Predictably, this was a complicated and tricky task as some people didn’t want to take the “pink pound”, terminating exploratory phone calls from the group with a loud thump of a disconnected telephone line.

Undeterred by this rejection, LGSM identified a mining community in Dulais Valley, Wales, who were willing to take the raised money and so they traveled to the valleys with cash in buckets.

Again, predictably, this was met with some local opposition and a huge reluctance to accept money from “these people”. Bigotry was ingrained, prejudice strong, and there seemed little possibility of breaking down the barriers of misunderstanding.

With determination, members of LGSM and the committee at the colliery worked together to win over the reluctant miners and their community. After much effort these two diverse organisations were united in friendship and charity, culminating in a benefit gig that raised thousands and a reciprocal show of support when the miners came to London to support the Gay Pride march in 1985. 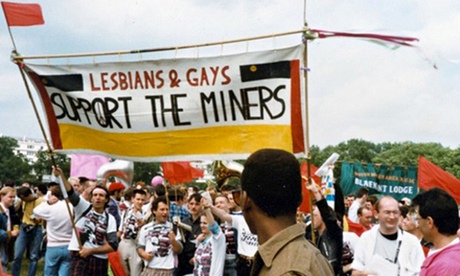 This couldn’t have happened if there was only one intelligence operating.

Logically, the miners knew that any money was good money. These communities were broke. They couldn’t afford to be too choosy about whose money they accepted. Yet, even faced with near starvation, some refused the money because they didn’t know or understand the lives and hardships of young gay people in London in the 1980s – and they didn’t care to. All they “knew” about the gay community was that they were “perverts”, and this was often reiterated in the national press at the time.

It was only when social connections developed and empathy reared its handsome head that the “knowledge” was broken down and a new understanding emerged. What the mining community had thought was true simply disappeared as they began to understand that these LGSM members were ‘normal’ human beings with an affinity for the cause. Both groups struggled with the politics of the day, both had endured the hand of the law – through legislation and the brutality of some police officers. They eventually united, collaborated and realised that in togetherness there was strength. 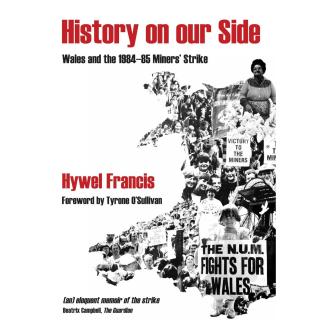 The importance of community is another key theme of this film. These mining villages throughout the UK were all but destroyed by what happened in 1984/5. Family member against family member, friend against friend – divisions fractured them, some of them remaining to this day. Yet the reason this community survived, even though the colliery obviously didn’t, was that they eventually united in a common cause – of protecting the very existence of their community.

The film also demonstrates the importance of ‘personal’ intelligence – of knowing who you are, of recognising and valuing your individual passion and purpose, of realising the importance of uniqueness and seeing that with our unique qualities we can unite, even with those that are very different to ourselves.

We had “Bromley Joe” (played by George MacKay) – the young man beginning to realise and love his life as a gay man, despite the fact that this honesty painfully ostracised him from his family. We had Cliff (portrayed by Bill Nighy – as brilliant as ever) – a stalwart of Dulais Miners who had lived for years in the absolute knowledge that he was gay and never felt safe enough to declare his sexuality within his community until the “Gays from London” were accepted. We had the incredible women of the community in Wales whose strength in adversity and defiance was so commendable. They knew themselves and what they stood for, which is why so many of them had no problems with embracing the “gays in the village”. 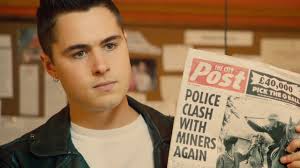 And then there was Mark Ashton (wonderfully and glowingly played by Ben Schnetzer) – a man who knew he had a vocation, who knew instinctively and intuitively that he needed to gather support for the miners, and who at the end of the film also knew that his time was limited. The realisation of imminent death was heartbreakingly touching.

Spiritually, the people portrayed in “Pride” were miles apart yet through knowing themselves and empathising with others, they joined together – to value one another, their communities and their environments. Watching this breaking down of prejudice and stereotypes is indeed spiritually uplifting (even though there were still some quite abrupt stereotypes within the film). 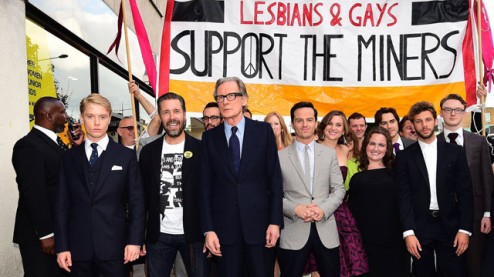 Good art stems from the bewildering brilliance of some peoples’ ability to be creative. To be creative, we believe that we need to embrace all the intelligences and to use them constructively and imaginatively. In writing the script for “Pride”, Stephen Beresford has done just that.

We’ll finish with some quotes from Bill Nighy about the film, which we think sums up what we are trying to say, and strongly suggest that if you only go to see one film at the cinema this year, make it this one.

“Gay men and women were marginalised and victimised . When I was young, people still went to jail for any public display of affection between people of the same sex . . . And now I can stand in a town hall in London and watch two male friends get married and say I love you in a public place, and I find it almost overwhelmingly moving.

I also remember the miners’ strike vividly. I remember a huge amount of support for them from ordinary people and collecting buckets outside the London tube stations. The strike was a scandal of huge proportions.

To find a script that treated those men and women with dignity and respect was a long time coming and it was long overdue . . . The coming together of these two groups really had large implications for British society as a whole.

The great thing about Pride is that it shows that Margaret Thatcher had it wrong when she said, famously, that there was no such thing as society, just individuals. This is the exact opposite of that terrible remark – it shows our longing to be part of something greater than ourselves, and what big things small acts of kindness can achieve.”

For more on this story

Gary Foskett and Clare Blackhall are educationalists, writers and consultants. We work with schools and other organisations who share our vision of how schools, businesses, etc should work in the 21st Century. We also run courses and contribute to conferences - speaking about our three dimensional model of intelligences and how schools, colleges and universities can develop the full potential of all their staff and students. We also offer consultancy for businesses and public sector organisations to support staff training and organisational change and development. For more detailed information read our blog at https://3diassociates.wordpress.com/ or see our website at www.3diassociates.com.
View all posts by 3D Eye →
This entry was posted in Uncategorized and tagged "Pride" the film, 1980s, 3Di Associates, 3Di Model of Intelligences, Ben Schetzer, Bill Nighy, Bronksi Beat, creativity, Dominic West, Dulais Valley, George MacKay, Lesbian and Gays Support the Miners, LGBT, LGSM, Mark Ashton, multiple inteliigences, Onllwyn, Onllwyn Colliery, personal intelligence, Political activism in the 1980s, Pride, Social Intelligence, Stephen Beresford, Welsh miners, Young Communist Party. Bookmark the permalink.