Ofsted Controversies: What To Do Next?

It’s been another difficult week for Ofsted.

The Guardian/Observer reported an allegation that an Academy “Superhead” knew precisely when Ofsted inspectors were due to inspect her school. This is intolerable, but it’s neither surprising nor the worst accusation ever heard against Ofsted.

Injustice and unfairness on the part of Ofsted are frequently reported, and damaging/inaccurate reports on schools and their staff are far longer-lasting in their effects than letting one head teacher know precisely which day in May the inspection team would be calling. What of the teacher who was given a grade of “inadequate” because an inspector thought her brilliant lesson wasn’t “new” to her pupils – downgraded because he didn’t believe young children could grasp a new mathematical concept so quickly? Or the cases of former “sink schools” that having been forced to change their status to Academies suddenly became “good” schools? Or schools that were downgraded, in spite of evidence to the contrary, because academy status was being sought for political gain by people with no local interest in the school.

Zoe Williams wrote an excellent article in the Guardian in which she outlines some of the underlying concerns about Ofsted that pre-date this particular incident, and considers the flaws in Ofsted’s origins and existence.

This really is the crux of the matter.

Many would argue that Ofsted is not fit for purpose – nor ever was:

“A deeper problem predates this government, indeed, predates the roll-out of academies. The deeper problem is that measuring schools in this way was a stupid idea in the first place. Methodologically, the process is specious. None of the words mean what they say they mean. “Outstanding” means “everyone should be this”, and “good” means “no better than you ought to be”. Everything below that means, “awful, why don’t you just go and shoot yourself?” Gove thought that it was possible – indeed reasonable – to expect every school to be above average.”

(Need we go into the mathematics of making everyone or every thing “above average”?)

“An anonymous education writer (now a teacher, previously at the Department for Education under Labour), called DisIdealist, points out two problems: first, children don’t learn in straight lines, at a fixed pace. Learning is more of a mountain path. And second, there is more difference within schools than between them. If true, these things shoot a hole through the bow of a system built on getting the greatest number of kids the highest possible grade.”

We’d add to this that Ofsted has become fixated on “data” and on an imposed judgement based on academic attainment rather than considering the development of other intelligences and life skills that are integral to the wellbeing and ‘life chances’ of our young people. We’ll also reiterate that a school’s ability to instil creativity and thinking skills, and a lifelong love of learning for its own sake, can’t be quantified and put in league tables.

“Ofsted is a corporate concept in the sense that everything is driven by competition and competition can only be fostered in a world of constant measurement. In fact, almost no multinational would consider ranking its staff and subsidiaries this way for fear of destroying morale. Ofsted’s system is not even a proper rendition of private sector values, just a perversion of them.”

She concludes with the following:

“Our problem is the fact that the entire culture – targets and terror, name and shame, compete and count – discourages what education thrives upon: trust, cooperation, participation. This slavish respect for a handful of experts is as preposterous as the multimillion-pound salary of a CEO: even the best of them, even if they’re honest, cannot deliver.”

So how has Ofsted survived all these years?

Perhaps it’s due to the disenfranchisement of the education profession along with the politicisation of education, with the added effect of the 2011 Education Act that placed inordinate additional powers in the hands of the Secretary of State for Education. Should we also consider the so-called independence of Ofsted from politicians? Many now see Ofsted as an arm of government with a brief to enforce the will of politicians.

In its election manifesto the NUT has made reference to the purpose of Ofsted and provides an alternative for how money spent on the institution could be more effectively used to support pupil progress.

“The £156 million a year spent on Ofsted inspections could be better invested in services to generate improvement, share good practice and remove barriers to pupils’ learning”.

£156 million a year! We anxiously await a clear response from all the teaching unions as to their views on the abolition of Ofsted.

Meanwhile back at Ofsted HQ, they’re obviously aware of the criticism that comes their way. They produced a document last week entitled, “Ofsted inspections – clarification for schools”. (Better late than never?)

In this remarkable document, Ofsted outlines all the practices that are not required by inspectors.

The sad truth is that Ofsted thought they were doing everyone a favour with this and were somewhat alarmed when teachers rejected its negative stance.

Whilst it’s positive that Ofsted has seen a need to focus on the supposed myths of inspection, there are two points to consider.

Firstly, these myths don’t just spring from thin air. People – professional people – have evidently been subjected to requests from some Ofsted inspectors that contradict this list of “do nots”.

Secondly, if a teacher had expected a class to learn with a series of negative statements, one would hope that an inspector observing might regard this practice as “inadequate”. A more positive “Ofsted does…..” or “Ofsted will…..” would seem more appropriate.

Here’s a link to the Guardian’s School Leadership and Management hub:

Comments ‘below the line’ are particularly interesting and indicate the deep frustration felt by so many.

This one is from “DissentingVoice”……..

“Sadly, this oppressive system of accountability is exactly the reason why many senior leaders with the capacity to be good head teachers are opting out of taking that step. It is also why many experienced head teachers and their colleagues are leaving – unprepared to have their reputations traduced by an inspectorate who are no longer seen, by many, (as a result of excessive political interference) to be independent and objective arbiters of a school’s performance. Surely when two out of five teachers are leaving in their first five years in post we might reach the point where politicians recognise the corrosive impact of oppressive accountability.

The reality is that Ofsted needs to be disbanded and a less oppressive and more developmental model of school accountability put in its place. Rewriting guidelines is pretty much a futile gesture – the damage has already been done.”

DissentingVoice is correct. Rewriting the guidelines is “pretty much a futile gesture”. We are where we are. No political party, with the power to disband Ofsted, has publicly stated that it intends to include this idea in its manifesto.

For the time being we’re stuck with the “arbiters of a school’s performance” – with all of their inadequate “measures” and fixed ideology.

Is there a glimmer of hope? 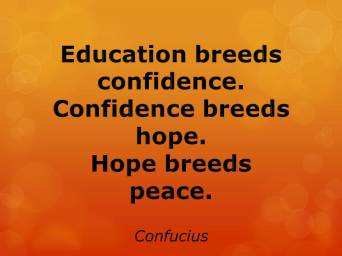 Last week, Ofsted also announced a period of consultation for some amendments to the inspection regime. We’ll write more about this in our next post but the slight shift of emphasis towards personal development and wellbeing (even though Ofsted call it “welfare”) has to be embraced as a positive move – albeit as a response to the ‘Trojan Horse’ fiasco and also the unbearable incidents of sexual predatory behaviour in Rotherham.

We urge people to respond to this consultation.

We think that Ofsted needs to go. But we’re also realistic enough to know that this isn’t going to happen immediately. If enough people respond to this consultation with the wellbeing of our young people in mind and with a clear view of the purpose of education, then we might get some of the changes that are so evidently required from this organisation.

Gary Foskett and Clare Blackhall are educationalists, writers and consultants. We work with schools and other organisations who share our vision of how schools, businesses, etc should work in the 21st Century. We also run courses and contribute to conferences - speaking about our three dimensional model of intelligences and how schools, colleges and universities can develop the full potential of all their staff and students. We also offer consultancy for businesses and public sector organisations to support staff training and organisational change and development. For more detailed information read our blog at https://3diassociates.wordpress.com/ or see our website at www.3diassociates.com.
View all posts by 3D Eye →
This entry was posted in Uncategorized and tagged 3Di Associates, Accountability in education, Birmingham Trojan Horse, complaints against Ofsted, Confucius, Guardian Education, Guardian Education Hubs, high-stake exams, NUT, NUT Election 2015 Manifesto, Ofsted, Ofsted - Better inspections for all, Ofsted inspections, purpose of Ofsted, Rachel de Souza, Rotherham Sexual Abuse, the Guardian, wellbeing, Zoe Williams. Bookmark the permalink.