Act Now – For the Rights of the Child

Last week we shared some thoughts regarding the two reports on the mental health of children and young people that were published within a few days of one another.

The House of Commons Health Committee report on Children’s and Adolescents’ Mental Health and CAMHS outlined the need for much greater emphasis on early intervention and prevention.

Secondly, the tragic facts within the NSPCC document – On the Edge ChildLine spotlight: Suicide

In addition to these reports we have the government’s own document on Mental Health and Behaviour in Schools – a Department of Education document that was released in June 2014 and was due for an update last month. Let’s hope the delay is due to waiting for recommendations from the two reports we mentioned – but we fear their thinking isn’t quite that joined up.

This is a good document. It contains some very sensible recommendations which we’ll review in a subsequent post.

Today we’re restating our grave concerns about the lack of progress in addressing wellbeing and mental health for our children and young people.

Let’s be very clear about this. We are neglecting the needs of a significant number of young people.

Child abuse is a crime. The perpetrators of child abuse are rightly condemned, punished and, we hope, eventually rehabilitated. They are responsible for their vile and abusive behaviour – of that there is no doubt. However, we can’t ignore the role of government, society, organisations and individuals within society who, through ignorance, fear, time constraints and prioritising other issues, are neglecting our young people.

The government definition for neglect – one of the four categories of child abuse – is this:

“Neglect is the persistent failure to meet a child’s basic physical and/or psychological needs, likely to result in the serious impairment of the child’s health or development.”

There’s also a definition for emotional abuse – “the persistent emotional maltreatment of a child such as to cause severe and persistent adverse effects on the child’s emotional development”.

Let’s now turn our focus to the United Nations Convention for the Rights of the Child – something that we frequently refer to – and despair of the fact that the large majority of children and young people in the UK know nothing about this important legal document. 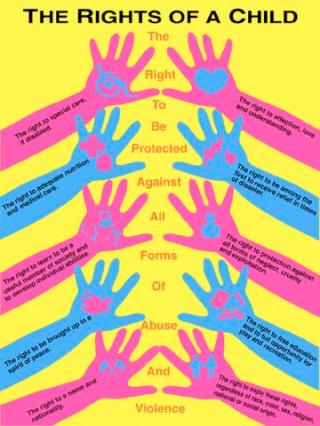 We refer specifically to the following articles:

Look at these articles carefully. Is our government and are we, as a collective group of individuals in society, adhering to these legal statements?

Is the fact that (as noted in the NSPCC and Select Committee reports) many children don’t have access to CAMHS services until they’ve attempted to end their lives in the “best interest of the child”? Are they, in accordance with Article 24, receiving “good quality health care” at the right time? Are these children’s rights “respected, protected and fulfilled”? Are their views not only sought but acted upon? Does our education system “develop each child’s personality, talents and abilities”?

Aren’t we as a society neglecting our children, be they mentally well or not? Aren’t we guilty of a “persistent failure to meet a child’s basic physical and/or psychological needs, likely to result in the serious impairment of the child’s health or development”?

Although we don’t need specific case studies to demonstrate neglect, we have them in the form of two young people who were in the news last week: both of them let down and neglected by the people and organisations who were supposed to be there for their wellbeing and protection – and ultimately the protection of others. 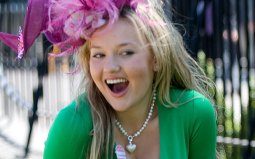 Will Cornick – the murderer of teacher Ann Maguire – admitted with a “chilling lack of remorse” to having carried out his despicable crime. Having any understanding let alone empathy with psychopathic or psychotic behaviour is next to impossible. However, we can’t ignore the fact that warning signs about this child’s unbalanced mind were either missed or ignored. As a result a teacher was murdered, and the murder was witnessed by a class of children whose wellbeing was also compromised.

Eleanor de Freitas – a vulnerable young woman, diagnosed as bi-polar, killed herself after the Crown Prosecution Service (CPS) pursued her for allegedly falsely reporting a rape. Her father vehemently believes his daughter was raped, which is devastating in itself. But the actions of the CPS together with the lack of support for her mental health needs meant that yet another young person was lost to suicide. Who was managing her needs before the rape incident? Who was supporting her in her first year at university when her wellbeing was severely compromised?

The sad and alarming truth is that the systems which are in place to support these young people let them down with the most absolute of consequences. The further sad truth is that in a year’s time (or even a month’s time) one name will be remembered, another forgotten. The sadder truth yet is that the lessons from these cases are unlikely to be learned swiftly, if at all. Just as in the case of Victoria Climbie, there was “baby” Peter Connelly to follow, and many more besides them, who didn’t quite make it into the national press. There will be other Eleanors and Wills unless action is taken now.

The recommendations in these new reports are cohesive, sensible and manageable – if people see them as the priorities which they clearly are. We need better intervention for young people who are suffering and mentally unwell, but we also need to have very strong policies and practice for prevention at a universal level – before the alarm bells start to ring. We need to have conversations between government departments to ensure that people are working together in the best interests of the child and not simply looking after their own empires – protecting their own domains of interest. 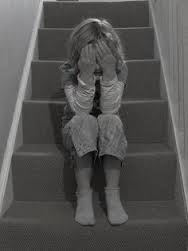 In 2012, Health and Wellbeing Boards were established – one for every local authority. They are supposed to identify and commission health services for their residents, including children and young people. They have a difficult task with severe cuts and a multitude of problems. They’re supposed to have representation from education on their boards so that all young people have access to support. However, many of them have had problems engaging with schools because there’s not one body that coordinates school support and services now that so many schools have opted for Academy status rather than local authority “control”. Therefore identifying the problems and allocating services in a cohesive manner is incredibly difficult. Mr Gove obviously didn’t think that wellbeing and access to relevant health services would help young people get their “A” grades – never mind the fact that government policy on high stakes exams and the severe stress that comes with them significantly contributes to the stress and sickness of our young people.

Ofsted. As directed in the Education Act 2006 schools and their governing bodies have to “promote the wellbeing of pupils”. Ofsted inspects on the Spiritual, Moral, Social and Cultural (SMSC) development of the child but there’s no judgement on this – no grade. (NB: there is a recommendation to change this so that there is a judgement on “welfare and behaviour”). As the Select Committee report states, schools have this duty of care but there’s no tracking or evaluation process to truly identify whether they are promoting the overall wellbeing of those in their care.

There’s little evidence of joined up thinking  – which is why we believe a fundamental review of the entire system is needed, referring to and acting upon the Rights of the Child as outlined above.

We need to act now. We have our own thoughts on how this can be done which we’ll summarise in a subsequent post. Collectively though, we need to make sure lessons are learned from these tragic cases of loss, and we need to ensure that the recommendations from the two reports are enacted – now.

Gary Foskett and Clare Blackhall are educationalists, writers and consultants. We work with schools and other organisations who share our vision of how schools, businesses, etc should work in the 21st Century. We also run courses and contribute to conferences - speaking about our three dimensional model of intelligences and how schools, colleges and universities can develop the full potential of all their staff and students. We also offer consultancy for businesses and public sector organisations to support staff training and organisational change and development. For more detailed information read our blog at https://3diassociates.wordpress.com/ or see our website at www.3diassociates.com.
View all posts by 3D Eye →
This entry was posted in Uncategorized and tagged CAMHS, Categories of abuse, Child Abuse, commons select committee, Commons Select Committee on Health, Duty to promote wellbeing, Education Act 2004, Eleanor de Freitas, Health and wellbeing, Health and Wellbeing Boards, mental health, Mental Health Advice to Schools, Neglect, NSPCC, Ofsted, Reports of suicide, UN Convention on the Rights of the Child, Universal support for wellbeing, Will Cornick. Bookmark the permalink.