A recent survey from the consumer group “Which?” confirmed previous reports that university students don’t think they’re getting value for money. The fact that it’s a consumer group compiling such a report speaks volumes in itself. Since the demise of the student grant and the introduction and increase of student fees, education has become a financial commodity, with students (and their parents) becoming the consumers.

Unfortunately, you can’t download the entire report unless you pay, but there are some key points to consider from the Press release alone.

This is extremely damning on our Higher Education Institutions. Can you imagine how many would be in “Special Measures” if the same principles of inspection that schools undergo were experienced by universities? 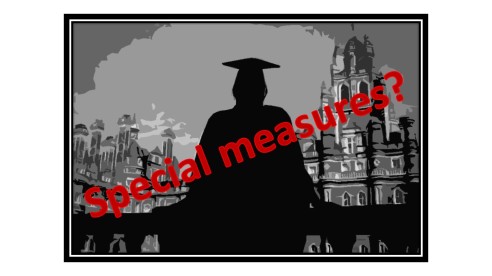 Surveying graduates, the report says that 18% said that their experience at university was poor value for money (NB: these graduates only paid a third of the current student fee).

“The top reasons were inconsistent teaching quality (53%), not enough support to find a good job (53%), too few contact hours (47%) and too many cancelled sessions or poor timetabling (45%). ​A third (35%) said they’d be unlikely to go to university now faced with higher fees.”

This isn’t good. If you add to this, the fact that there’s an alarming decrease in the number of young people from lower income families attending the so-called “top universities”, as outlined in the recent Sutton Trust report on university applications, then there’s a serious problem that needs addressing.

No wonder there’s an increase in the popularity of MOOCs (Massive Open Online Courses), though more so in the United States than in the UK currently.

So why should young people still attend university? What are the Higher Education Institutes going to do to address this problem of “value for money”? Also, are there lessons to be learned for other institutions of education, i.e. schools? 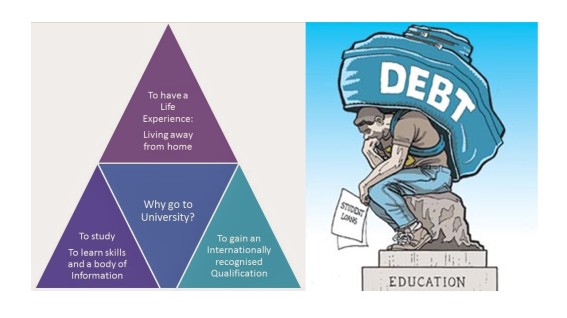 The answer to the first question is that if you want to “succeed”, i.e. not be economically dependent on the state, then a university degree from an established university statistically may mean you are more likely to get a higher paid job. In the current climate of austerity however, there are plenty of examples where this is not the case, and the impact on poverty of a £35,000 + payback of student loans has not yet been experienced as these people are still at university.

The complexities of attending university or not requires another post but there’s a serious question about whether it’s financially viable in its current form.

As to what universities are doing to address the poor response from students regarding value for money, then there’s plenty that could be done. One issue that needs to be considered, as it does with education generally, is what is the purpose of university? Are they there to educate undergraduates primarily or are they there to serve businesses with academic reports and research?

It’s a difficult time for universities. Like many local authorities, the withdrawal and/or reduction of state funding means that they are now placed in a situation where they need to income generate. The £9000 per year per student is only one way that resources are achieved but this is the core of the funding. Therefore, this should be their priority.

Academic papers and writing books, collaboration with other academics globally, research and writing papers sponsored by large international organisations are all ways to income generate but not at the expense of the fee-paying student who is entitled to a level of engagement that such a fee warrants.

Research is important. Some of the most exciting and progressive breakthroughs in science and technology have come from university laboratories. Neuroscience and our current understanding of how our brains function wouldn’t have happened had it not been for academic centres of excellence but again, these important areas of work need to be balanced with the commitment to the education of future generations, future scientists and future artists/writers/musicians/teachers etc. 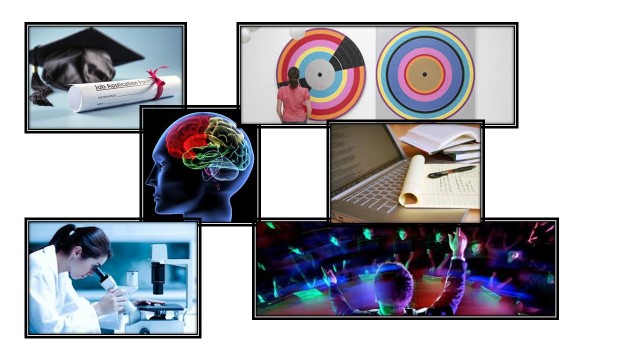 The Which? report highlights the imbalance of these priorities as experienced by students, and this is something that the universities have to address as a matter of urgency.

It’s absolutely inappropriate, for example, for a first year student to go through an entire academic year without their personal tutor arranging a tutorial with the ensuing excuse of “it’s up to the student, if they are experiencing difficulties to contact their designated personal tutor”.

This isn’t acceptable. Neither is it appropriate for a student, whose attendance and engagement is negligible, to arrive at the end of the academic year without appropriate intervention to prevent a crisis.

Such anecdotes, which are extremely real (with an unsatisfactory amount of students dropping out of university within their first year), are exacerbated by the huge disparity between the interventions they experience in sixth form and what they receive in their first year at university, and we’re not saying that the level of intervention at schools is correct either.

Our young people are controlled so extensively in their A-Level studies that some feel completely overwhelmed by the expectation of managing their own learning when they go to university. Due to league tables and their prevalence in educational thought from government and Ofsted, schools do everything to manage a student’s ability to pass an exam. Young people are “done to” not “done for” or “done with”. Gove implied that with a return to a linear structure of examinations, this pressure and stress would somehow magically disappear. Wrong! With the league table still in existence, the urgency to prioritise examination passes rather than “preparing” young people to manage their own learning according to their own needs still remains.

This is wholly unacceptable, and leaves the student liable to “failure” and creates an unmanageable legacy for universities who simply haven’t the capacity to provide such overt and frankly smothering intervention. Schools and universities need to talk to one another to get the balance right. They might also consider a greater collaboration to demand changes to practice that would enable children and young people to learn how to manage and enjoy their own learning prior to attending university.

As for the lessons to be learned from this survey, well, surely this shows how dangerous it is to make education a commercialised entity?

Gove continually reiterated that he didn’t want schools to become profit-making institutions but the rumours never vanished and behaviour/ actions re Free Schools, academies and financial autonomy for schools suggests that this was (and still is) a potential policy direction. Once income generation becomes a necessity, it becomes a priority and the entire focus and aims of education become sullied by this.

Is this really the direction that we want for our schools, and for our young people?

Students are paying £9000 per annum for their university education. Sometimes this can mean that they’re paying this astronomic fee for 9 hours of lectures a week with perhaps six additional seminars per fortnight (and no, these figures haven’t been plucked out of thin air). That equates to a fairly high price, especially if there’s little or no personal tutor time in addition to this. So what precisely are students paying for?

We return again to the question of what is the point of a university education.

Whatever the answer, things certainly need to change.

Gary Foskett and Clare Blackhall are educationalists, writers and consultants. We work with schools and other organisations who share our vision of how schools, businesses, etc should work in the 21st Century. We also run courses and contribute to conferences - speaking about our three dimensional model of intelligences and how schools, colleges and universities can develop the full potential of all their staff and students. We also offer consultancy for businesses and public sector organisations to support staff training and organisational change and development. For more detailed information read our blog at https://3diassociates.wordpress.com/ or see our website at www.3diassociates.com.
View all posts by 3D Eye →
This entry was posted in Uncategorized and tagged 3Di Associates, A levels, academies, commercialised education, Free Schools, league tables, managing independent learning, Michael Gove, Ofsted, Student fees, Sutton Trust, Top universities and lower income students, Value for money in universities, Which?, Which? survey Universities Value for Money. Bookmark the permalink.