United We Stand . . . and Move Forward

Last Saturday we attended the South East Regional TUC Education Conference, which was set up in collaboration with the Anti-Academies Alliance. (http://antiacademies.org.uk/)

A series of speakers tackled the extensive problems with education at present but also offered some options for change. Change, whilst not always welcomed in every quarter of education, is something that was embraced by those present. We cannot maintain the present inequitable status quo – from school governance to a system of examinations that rewards those who excel at timed tests – not necessarily the most intellectually able or intelligent. (There are other intelligences.)

What was also striking about the conference was the degree of unity – not only the fact that all of the main teaching unions were represented but also unity as to the central purposes of education – it’s not just about standards and examination passes.

“United we stand, divided we fall” is a phrase that has been used by nations, fictitious characters and philosophers alike – often in a defensive action or as a battle cry.

Are we in a war? According to the Prime Minister, we are. His comments last week indicated that he wasn’t just in a war with teachers but an “all-out war” on mediocrity, ready and willing to sack any head teacher who couldn’t guarantee 100% of pupils knowing their times tables by the end of Year 6.

This talk of war is ridiculous. Difference of opinions are part of life. This aggressive language is neither helpful nor necessary, and doesn’t set a particularly good example to children and young people.

However, if Mr Cameron and Ms Morgan are set on a blazing path of warmongering, then this has to be the time for teaching unions to unite in a calm, purposeful and assertive counteroffensive. (NB NOT counterattack).

Aesop talked about “Four Oxen and a Lion”:

“A lion used to prowl about a field in which four oxen used to dwell. Many a time he tried to attack them; but whenever he came near they turned their tails to one another, so that whichever way he approached them he was met by the horns of one of them. At last, however, they fell a-quarrelling among themselves, and each went off to pasture alone in a separate corner of the field. Then the lion attacked them one by one and soon made an end of all four.

“UNITED WE STAND, DIVIDED WE FALL.””

In England we have five main teaching unions – NUT, NASUWT, ATL, ACSL and NAHT. United, they have over three quarters of a million members. Add to this the GMB, Unison, Unite and other unions whose members also work in schools and you have not four oxen but an entire herd.

From 1870, when the National Union of Teachers was formed, to the present day, the force of the teaching unions has been strong – campaigning for the rights of children to be educated and teachers to be safe, secure and enabled in their chosen profession. There were various reasons for different unions to be set up. Rightly or wrongly, many women felt their collective voices weren’t heard, which is why the Union of Women’s Teachers came into being as a means to demand equal pay. Head teachers broke away from the NUT to ensure that their specific rights and responsibilities were protected.

The individual unions have served their purpose well but we need to ask –  is this now the time to consider a more formal union?

Using Aesop’s analogy, for many decades the “lion” of consecutive growling governments has been attacking the autonomy and professionalism of educators – be they teachers, head teachers or college lecturers. Often, the “oxen” have united and set their “horns” to ward off the attacker – frequently being misinterpreted as the aggressor, or the martyr.

However, this hasn’t always been the case. All too frequently, the four (or five) oxen/unions have taken their place in separate corners of the field, with the lion attempting to pick them off, one by one.

As Kevin Courtney, Deputy General Secretary of the NUT, rightly pointed out at the conference on Saturday, this week has shown clear signs that the “lion” is wearying. It’s vulnerable. Its ideas are deeply flawed and there are definite signs of fallibility.

And all of this in one week – and we still need to consider the other deeply embedded problems with our education system – such as the farce of CGSE and A-Level changes, the ludicrous nature of the league tables and their inability to acknowledge an internationally recognised examination, the imposition of an illegal working regime for teachers in some of our academies, and so on and so forth.

Unity doesn’t automatically mean conformity. There are voices of dissent and non-aggressive factionalism in all of the unions, let alone between them – but there’s a lion out there!

The lion can’t be tamed. That’s already been attempted.

Returning to the battlefield analogy, Lao Tzu said, “The well-run group is not a battlefield of egos”.

We’re not saying that the teaching unions are consumed with egos. Neither do we suggest that we are in a battlefield.

However, we are into double-digit time as far as the general election is concerned and the clock is ticking. 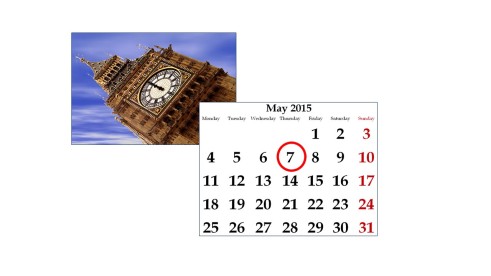 There’s real unity in these three documents, and others contain similar views.

With the current suggestions for a College of Teaching, isn’t this a time to thoroughly reconsider the purpose not merely of education but also the purpose and unity of our education unions – leading to a stronger and greater unity.

Gary Foskett and Clare Blackhall are educationalists, writers and consultants. We work with schools and other organisations who share our vision of how schools, businesses, etc should work in the 21st Century. We also run courses and contribute to conferences - speaking about our three dimensional model of intelligences and how schools, colleges and universities can develop the full potential of all their staff and students. We also offer consultancy for businesses and public sector organisations to support staff training and organisational change and development. For more detailed information read our blog at https://3diassociates.wordpress.com/ or see our website at www.3diassociates.com.
View all posts by 3D Eye →
Gallery | This entry was posted in Uncategorized and tagged ACSL, Aesop's fables, Anti-Academy Alliance, Association of Teachers and Lecturers, ATL, ATL education manifesto, College of Teaching, David Cameron, Education manifestos, Four Oxen and a Lion, Lao Tzu, NAHT, NASUWT, National Association of Head Teachers, National Union of Teachers, Nicky Morgan, NUT, NUT Education Manifesto, Reclaiming Education, SERTUC, teaching unions, Teaching unions unite. Bookmark the permalink.