Religion, Education and the Public Domain

Our attention this Easter has been on the General Election and also on those parts of the world where people are terrorising, killing, maiming and abusing one another for no other reason than their membership a particular religion or religious sect. If we need to name those places* then this article may not be for you, dear reader.

Our thoughts on these religious conflicts and on sectarianism, and on what may be done to address such horrors, can be summed up in some wise words by the philosopher A.C. Grayling, taken from his book “What is Good? – The search for the best way to live” (W&N 2003) 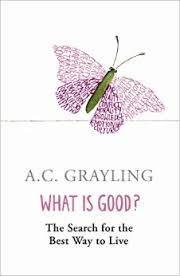 Religion and the public domain of morality

As the votaries of imported religions grow more assertive in seeking the same privileges as enjoyed by religious organisations indiginous to [host] democracies, and as the democracies respond concessively, so the prospect arises of ever-increasing difficulty. It seems that Western governments do not fully appreciate this, because, for one example, they tolerate and encourage the spread of faith-based schools, whether Christian, Islamic, Jewish or Sikh, and legislate to protect people from harassment or discrimination if suffered specifically on the grounds of faith. Both developments seem innocuous, even (in the latter case) desirable, but in fact they dramatically increase the potential for problems, which when understood shows why the public domain needs to be completely secularised.

The reason lies in the fact that the world’s major religions – especially Christianity, Islam and Judaism – are not merely incompatible with one another, but mutually antithetical. All religions are such that, if pushed to their logical conclusions, or if their founding literatures and early traditions are accepted literally, they will take the form of their respective fundamentalisms.

[Fundamentalist sects] are thus not aberations, but unadulterated and unconstrained expressions of their respective faiths, as practised by people who are not interested in refined temporisings or theological niceties, but who literally accept the world view of the writings they regard as sacred, and insist on the morality and way of life prescribed by them.

This is where the most serious threat lies, because all the major religions in fact blaspheme one another, and each by its principles ought actively to oppose the others – althought not, one pessimistically hopes, as they did in the past with crusades, jihads and pogroms.

In general all the religions blaspheme each other by regarding the others’ teachings, metaphysics and much of their ethics as false and even pernicious, and their own religion as the only true one.

It is only where religion is on the back foot, reduced to a minority practice, with an insecure tenure in society, that it presents itself as essentially peaceful and charitable.

This is the chief reason why allowing the major religions to jostle against one another in the public domain is dangerous. The solution is to make the public domain wholly secular, leaving religion to the personal sphere, as a matter of private observance only. Society should be blind to religion both in the sense that it lets people believe and behave as they wish provided they do no harm to others, and in the sense that it acts as if religions do not exist, with public affairs being straightforwardly secular in character.

The constitution of the United States of America provides exactly this, though the religious lobby is always trying to breach it – while government grants of public funds for ‘faith-based initiatives’ actually do so.

To secularise society in Western democracies at least requires the withholding of public funding for . . . faith schools and ending religious programming in public broadcasting. In Britain it would mean the disestablishment of the Church of England, and the repeal of laws relating to blasphemy and sacrilege, leaving protection of private observance to the safeguards that already adequately exist in law.

As science and technology take the modern world even further away from the ancient superstitions in which religions consist, and as secular values continue to grow in influence, the resulting tensions between the new and old world views can only become greater.

The science-religion debate of the nineteenth century was a skirmish in comparison to what is invited by allowing not just religion but mutually competing religions so much presence in public space.

Mankind’s future needs the public domain to be a neutral territory where all can meet, without prejudice, as humans and equals; and they require the wholesale privatisation of superstition.

We agree with AC Grayling, and in particular we believe all children of every background and every faith have the right to meet and to learn together in a public space we call a school. Many parents feel they have a right to send their children to a faith school of their own choosing. The question we suggest is, whose rights are paramount? Those of children to grow up free of indoctrination (for at least the hours they spend in school) or those of parents to indoctrinate their children in school as well as at home?

Wikipedia:
Superstition is the belief in supernatural causality—that one event causes another without any natural process linking the two events—such as astrology, religion, omens, witchcraft, prophecies, etc., that contradicts natural science.Opposition to superstition was central to 17th century rationalist Benedict de Spinoza and the intellectuals of the 18th century Age of Enlightenment. Some of the philosophers at that time rejected any belief in miracles, revelation, magic, or the supernatural, as “superstition,” as well as unreasoned Christian doctrine.

Our view is that religious people may well be sophisticated and enlightened individuals who desire only to promote the spiritual and the metaphysical in our world and in our individual consciousness. But many are not. We therefore agree with AC Grayling that in the long run the public realm needs to be secularised. Schools should, all the same, enable young people to study in depth the world’s major religions, whilst also enabling them to fully understand what secular philosophy and humanism (as well as the religions) understand by “values and virtues”. Spiritual intelligence – the ability to live according to a positive set of values and the ability to practise virtue in our everyday lives – is by no means the preserve of the religious. Most of us spend our lives trying to live virtuously and trying to hold to a decent value system. Schools should be enablers of spiritual intelligence, and in order to do so they have no need to be “religious”.

Our preference would be for every country to adopt a constitutional requirement similar to that of the United States – to make the public domain wholly secular, leaving religion to the personal sphere. We are against the religious indoctrination of children by teachers and schools. We believe most teachers in Britain support this viewpoint.

We wish everyone a peaceful life and a world free of abuse, violence, killing and extremism. 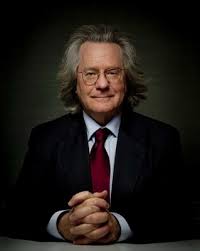 Gary Foskett and Clare Blackhall are educationalists, writers and consultants. We work with schools and other organisations who share our vision of how schools, businesses, etc should work in the 21st Century. We also run courses and contribute to conferences - speaking about our three dimensional model of intelligences and how schools, colleges and universities can develop the full potential of all their staff and students. We also offer consultancy for businesses and public sector organisations to support staff training and organisational change and development. For more detailed information read our blog at https://3diassociates.wordpress.com/ or see our website at www.3diassociates.com.
View all posts by 3D Eye →
This entry was posted in Uncategorized and tagged AC Grayling, conflict, education, human values, humanism, indoctrination, philosophy, RE, religions, religious education, secularism, spiritual intelligence, teaching and learning, values and virtues, war, wellbeing. Bookmark the permalink.