For our final post on the education election manifestos, we turn to the Green Party. 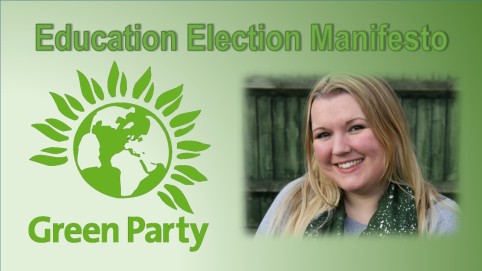 Due to our electoral ‘first past the post’ system, the Green Party isn’t going to grasp the keys to Number 10. Neither are they going to win the number of seats their popularity would give them under proportional representation.

However, thanks the popularity of their policies and of their one MP, Caroline Lucas, the Greens are firmly on the political map in the UK, which is why it’s important to consider their education programme.

It’s radical. It’s not simply “more of the same” that we’ve seen from the other parties. It talks about the value and the excitement of learning. It’s a set of the pledges that many would hope for from a progressive party.

If there’s a coalition or a policy by policy co-operative of the Left after the election, we sincerely hope that the Green Party will bring these manifesto pledges to the bargaining table and stand by them more than the Liberals did with theirs in 2010.

For the entire Green Party manifesto, click here, and scroll to page 36 for the education section.

NB: Many of the pledges include financial statements on the cost, omitted here for brevity!

The Green Party has constructed its manifesto by age range rather than specific themes.

The key pledges for Early Years and Childcare are,

3Di Comment: It’s good to see the Green Party taking heed of national and international evidence. Many of the most successful countries in Europe have a compulsory school age of 7. The overwhelming evidence on the importance of play-based learning means that these policies, in our opinion, are precisely what are needed England. (See our previous post here, on why we are opposed to Liz Truss and Sir Michael Wilshaw suggesting that “structured” learning should start at the age of 2.)

3Di Comment: We’d agree with a means tested Child Benefit increase to support those families who are most financially deprived. Many schools and nurseries have always encouraged participation from parents and carers – some of our best teaching assistants were initially parents of children in schools. We’d add to this a programme of optional training for those who wish to formalise their work in school.

The Early Years have for too long been the poor relation in education, with the incorrect assumption that teaching small children is somehow easier than teaching adolescents. It’s not! 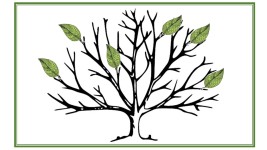 The key pledges for Schools are,

3Di Comment: Education is expensive, and so it should be when you consider that it’s supporting, shaping and enabling our next generation. The Green Party is evidently keen to ensure that fair funding for education is a priority – which we would agree with.

The role of local authorities in admissions and in the provision of school places is crucial, as is provision for SEN pupils, and these should be restored at the earliest opportunity. We’d also agree to there being a national comprehensive system of full integration. This has never happened but evidence from other countries, like Finland, suggest that we won’t have better equity in schools or society until this happens.

The marketisation of education is a concern. For too long, organisations have made money out of the academies programme which involves a school to manage and a significant amount of previously nationally owned land that technically can be sold off at a huge profit. This is an abomination.

The key pledges here are the abolition of SATs and Ofsted and the raising of the status of PSHE, making it compulsory – something that Caroline Lucas tried to do in a Private Members Bill during the last parliament. Even if the other parties aren’t saying it, by looking at their manifestos and their speeches in recent times, there’s agreement on the value of PSHE – so make it statutory.

As for Ofsted, note the careful wording here. “Reducing the accountability related workload” not “reducing accountability”. Teachers are professionals and should be treated as such. The formative assessment process costs less and is equally accountable IF people trust the profession. Coherent, cohesive and collaborative inspections by HMIs with peer-based adjudication and moderation would seem a viable alternative to an inspection regime seemingly hell-bent on punitive rather than positive criticism.

We agree wholeheartedly with a change to the qualifications framework but would amend this pledge to 14-19 year olds rather than 16-19. We’re also wholly committed to outdoor education and the better use of the local built and natural environment.

3Di Comment: Even before the introduction of academies and free schools, the education system was diverse and divisive. If we are truly committed to equality of provision, this needs to change. It will take careful planning, but it’s feasible and necessary.

Many schools have now introduced a “voluntary” contribution at the beginning of each term to pay for school trips and visits. We see these experiences as integral parts of education which should be paid for from the schools’ own budgets. If budgets aren’t sufficient then the answer is to give more money to schools. However, many schools manage perfectly well to factor into their spending plans the cost of out of school learning. Those that don’t do so can maybe learn from those that are able to. We’d also like to see the cost of music tutors to come from mainstream budgets and not from parents’ pockets.  Many parents cannot afford to pay. Every child should be able to play a musical instrument of their choice. 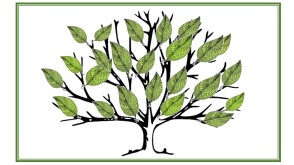 The key pledges for Further Education and Skills Training are,

3Di Comment: The other “poor relation” in education has always been Further Education. Academic success has always taken precedence over vocational, and this has to stop. To reflect this fundamental and much needed shift, funding has to be provided for the vocational choices of young people and adults.

The abolition of the EMA was a retrograde step and in the bigger picture, didn’t cost too much money. There were thousands of young people deeply affected and penalised by its loss. So bringing it back would be the right and equitable thing to do.

3Di Comment: Having worked in local authorities with excellent “Widening Participation” programmes, we’ve seen the enormous benefits – young people gaining access to medical and veterinary qualifications that they wouldn’t normally be able to. Extending this to other areas such as music and the arts would be a positive move.

Adult education is important, whatever age. How many of these institutions have closed their doors over the last two decades, thereby depriving local people of the opportunity for lifelong learning? 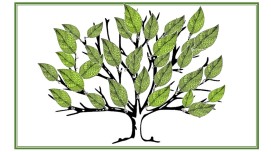 The key pledges for Higher Education are,

3Di Comment: It’s a big ask, and many would disagree with free education for those who are likely to receive the highest salaries in later life. However, if there’s truly going to be equity between academic and vocational studies, there has to be equity in the financial cost of learning. Even now, attendance at universities doesn’t equate to a higher salary. Many able graduates find themselves having to retrain in order to gain employment.

The student loan system has always presented problems. The increase in costs from £3000 to £9000 a year has meant many have decided not to attend university despite protestations from the current government to the contrary. If you look into the detail of attendance and which courses in which universities are being accessed by the less financially able people, a very different story emerges. Returning to the grant system is ambitious but not impossible.

3Di Comment: One of the biggest concerns about university funding is their reliance on research grants and the potential time and energy cost to undergraduates of that funded research. The need for income generation detracts from the job in hand, whatever the organisation. If it’s feasible for a reintroduction of the block grant, then it should be considered, but universities would have to make a very clear case for such funding that should be for the benefit of the students and not the institution.

This manifesto is ambitious but not delusional. Some might say it’s harking back to the past, where education was free for all. However, there are significant lessons that have been learned and evidence that has been considered within these proposals. In the long run we could have a National Education Service alongside our NHS. 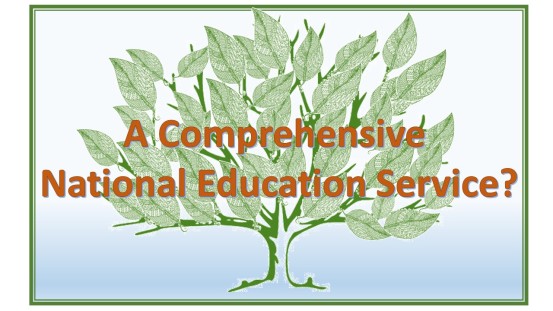 Gary Foskett and Clare Blackhall are educationalists, writers and consultants. We work with schools and other organisations who share our vision of how schools, businesses, etc should work in the 21st Century. We also run courses and contribute to conferences - speaking about our three dimensional model of intelligences and how schools, colleges and universities can develop the full potential of all their staff and students. We also offer consultancy for businesses and public sector organisations to support staff training and organisational change and development. For more detailed information read our blog at https://3diassociates.wordpress.com/ or see our website at www.3diassociates.com.
View all posts by 3D Eye →
This entry was posted in Uncategorized and tagged 2015 General Election, Abolition of Ofsted, Academic and vocational learning, Annual Ofsted Report, Comprehensive education, Early Years Education, Education Election Manifestos, End to SATs, Free education for all, Further Education, Green Party, Higher education, Proportional representation, schools, statutory PSHE, tuition fees. Bookmark the permalink.