Inside Out and A Child of our Times

Radio 4’s ‘Today’ programme today contained a superficial item on ‘brain science’ and on human emotions – hanging a discussion on a new Pixar movie (plug) called Inside Out. The Guardian’s review of the movie tells us

“It’s about what’s going on inside a lonely 11-year-old girl called Riley (voiced by Kaitlyn Dias), when her stressed parents move her away from everything and everyone she loves to settle in a strange new city.

We see her five emotional forces as characters: Joy, Sadness, Anger, Disgust and Fear – secret tutelary deities, like the toys in Toy Stories 1 to 3 – squabbling among themselves within the mission control of Riley’s consciousness.”

Clearly children benefit from mediation from teachers and parents. We first need clarity about what emotions really are. Is there a distiction between emotions and feelings? We believe there is, and we agree with the basic premise of Inside Out that there are very few real emotions. Joy, sadness, anger, disgust and fear are major drivers of human behaviour.

Anger, disgust and fear are sometimes appropriate reactions to situations, but sometimes arise from inappropriate and invalid judgements or observations. Emotions become destructive of self and others when we allow them to control our behavior rather than inform our behaviour. They’re one subjective source of information that needs to blend with other more objective sources. Human consciousness and decision-making are complex.

Often there are no definitive conclusions to be drawn from discussions about human emotions, but those discussions need to take place in order for children and young people to become emotionally literate. The goal of emotional literacy is to enable behaviour and communication that’s emotionally intelligent, which is to say not impaired by out-of-control destructive emotions.

Emotions “squabbling amongst themselves” might be cartoonish and entertaining but ultimately this sheds little light on a complex subject. No doubt the movie will be popular. Let’s hope it can be a starting point for more fruitful discussions about and long-term progress towards emotional literacy.

“Childhood can be an unnecessarily and unbearably sad time.”

Also in yesterday’s Guardian G2 – A Child of our Times – an introduction to a young artist called Raury.

“This generation is not hopeless” 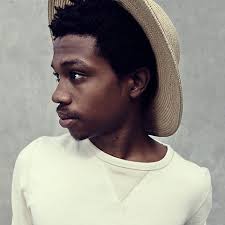 “Indigo Child” . . . comes from a New Age concept that proposes a fresh generation liberated from narrow-mindedness and willing to improve the world. Raury believes the internet is the vehicle of change that will liberate his generation.

“We are born in the middle of this peak of humanity. We have access to whatever we want to learn. As soon as we can read we can work a computer and I can go type up whatever I want and figure it out. I learned about the music industry over the internet when I was nine.”

“I’m an example of an indigo child who got hold of music. But the indigo child that gets a hold of gardening, or being a chef or architecture – things are about to get different and accelerate. And we aren’t just limited to the music and the architecture and the food or whatever of our city . . . This generation is not hopeless; we’re actually very equipped to make a lot of change.

“At the same time we are very, very vulnerable to learning the wrong things and going down the wrong hill. Times are too serious to be making music about nothing.”

He dislikes organised religion (“Man uses that for power and to put himself in the best positions”) and the US education system (“I felt like nothing I was learning was something I could apply to life”).

“You think I am nothing.
I won’t live a life on my knees”

It’s in the nature of teenagers to think they have all the answers to life’s problems. Let’s at least show them some respect by listening to what they’re saying to one another, and saying to adults. 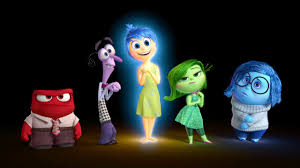 Gary Foskett and Clare Blackhall are educationalists, writers and consultants. We work with schools and other organisations who share our vision of how schools, businesses, etc should work in the 21st Century. We also run courses and contribute to conferences - speaking about our three dimensional model of intelligences and how schools, colleges and universities can develop the full potential of all their staff and students. We also offer consultancy for businesses and public sector organisations to support staff training and organisational change and development. For more detailed information read our blog at https://3diassociates.wordpress.com/ or see our website at www.3diassociates.com.
View all posts by 3D Eye →
Gallery | This entry was posted in Uncategorized and tagged A Child of our Times, creativity, destructive emotions, Devil's Whisper, emotional intelligence, emotional literacy, emotions, God's Whisper, human emotions, human values, Indigo Child, learning, learning from the internet, life skills, multiple intelligences, personal intelligence, Pixar, PSHE, rapping, Raury, Social Intelligence, spiritual intelligence, values and virtues, wellbeing. Bookmark the permalink.