The UN Convention, the Rights of Children and the Purpose of Education

It concerns us greatly that the UN Convention is ignored when it comes to setting aims and objectives for education. How different our education system would be if we placed these articles at the heart of all we offered in the name of teaching and learning.

Searching for government documents relating to the UN Convention demonstrates the lack of commitment to this work.

A full-scale review of the UK’s response to the Convention was written in March 2010 – the last month of the Gordon Brown’s government. As we all know there have been immense legislative changes in education since then.

[This document says it’s “work in progress”. As the document is archived with no active replacement, one would suggest that work certainly isn’t “in progress”.]

There is a document from the Children’s Rights Director, Dr Roger Morgan, prior to this role being subsumed into the role of Children’s Commissioner, but reference to education was limited.
https://www.gov.uk/government/uploads/system/uploads/attachment_data/file/379154/The_20United_20Nations_20Convention_20on_20the_20Rights_20of_20the_20Child_20How_20children_20say_20the_20UK_20is_20doing.pdf

There’s also a UK-wide review of UNCRC in 2014. On education, it talks of standards, free schools and academies – policies that don’t directly relate to the statements in Article 28 or 29. Surely, a response to the implementation of the UNCRC should actually refer to the bullet points within the articles.

(For the specific review, scroll to Appendix 6 and click on the highlighted “fifth periodic review report”)

[N.B. This document is virtually impossible to find. Hidden in government speak, a general internet search using “education + UN Convention on the Rights of the Child” will not find this document.]

Anne Longfield, Children’s Commissioner for England, continues to press the government on Children’s Rights but legislative response is severely lacking. 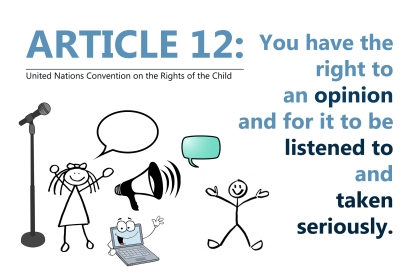 The clearest reference about the UN Convention in recent government documents comes in the form of a sentence or two in a paltry document about “Listening to Young People”. The brevity of this document and its total lack of anything positive shows the government’s disregard for young peoples’ voice – contravening Article 12.

“The UNCRC has not been incorporated into national law, so there is no statutory duty to comply with it.”

“However, the government has reiterated its commitment to pay “due regard” to the convention when new policy is made and legislation proposed.”

[In other words, we won’t give due regard for anything other than acknowledging the existence of the Convention. We certainly won’t refer or cross-reference legislative changes, which in our opinion would be “due regard”.]

It’s not good enough. We wonder (or not) how many Ofsted reports refer to the UN Convention, other than reporting on Rights Respecting Schools. Without doing a major search through a year of school reports we assume there’s little or no reference to it at all.

Following on from our previous post about the UN Convention and the Rights of the Child, we’ve reviewed other articles within the document that we think relate to education, and how our children and young people aren’t been given the type of education to which they’re entitled. 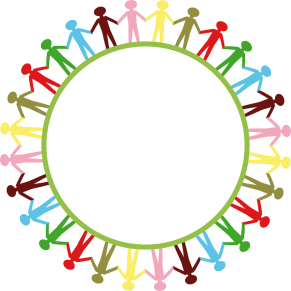 The quotes on the left are from the UNICEF Factsheet on the UN Convention. Our comments, and where relevant, links to examples of our previous posts are in the right column.

Gary Foskett and Clare Blackhall are educationalists, writers and consultants. We work with schools and other organisations who share our vision of how schools, businesses, etc should work in the 21st Century. We also run courses and contribute to conferences - speaking about our three dimensional model of intelligences and how schools, colleges and universities can develop the full potential of all their staff and students. We also offer consultancy for businesses and public sector organisations to support staff training and organisational change and development. For more detailed information read our blog at https://3diassociates.wordpress.com/ or see our website at www.3diassociates.com.
View all posts by 3D Eye →
This entry was posted in Uncategorized and tagged Article 29 in UN Convention on the Rights of the Child, Children's Commissioner for England, Drug Education., Mental Health and Wellbeing, Ofsted and the Rights of the Child, Protecting children and young people, PSHE, pupil participation, pupil voice, Rights respecting schools, SRE, UN Convention on the Rights of the Child, UNCRC, Wellbeing of children. Bookmark the permalink.