We’d intended to comment on an article in the Observer about the demise of creativity in the UK, particularly the impact of the EBacc on the Arts in education and how that might affect the general Arts scene of the UK for generations.

And then we heard the news of the death of David Bowie.

Consider the words used to describe Bowie, as well as the outpouring of grief and shock, and you have an illustration of how important creative people are in the UK, and in fact around the world.

David Bowie was an iconic figure. When you look at Twitter and Facebook to see the tributes to the man, there isn’t just one outstanding song that’s uploaded. The breadth of his work is remarkable.

Unlike many outstanding artists, his exuberance and artistic capability were noted from an early age by his teachers. However, academic success was considered far more important, and in spite of his obvious intellect, Bowie chose to attend the technical secondary modern school rather than a grammar school – something that probably frustrated his teachers.

Luckily for him, the Arts department at Bromley Technical College was run by Owen Frampton – a man who invested time and energy in the creative subjects, and saw the potential value in such subjects for his students.

Fifty years on, and we’re still having discussions about creativity and its importance and worth as an integral part of learning, despite an abundance of research and evidence of its value. It’s almost unbelievable that there’s even a debate on the matter and somewhat depressing that some people only begin to consider the role of creativity when considering “competition” from other nations.

From the Observer article,

“Countries as far away as China, South Korea and Brazil have learned from British success and are investing heavily in their creative economies, according to research carried out by BOP Consulting in collaboration with the Creative Industries Federation to mark the cultural lobbying organisation’s first birthday this week. European neighbours France, Germany and Italy are doing much the same thing.

China has recently made the creative industries a “main pillar” of its national economy, while Taiwan has shifted its curriculum towards the encouragement of creative thinking. In the US there is also increased understanding of the significance of a cultural education, with San Francisco voting for a 50% rise in grant-funding for the San Francisco Arts Commission to secure the future of its cultural scene.”

This shouldn’t be about competition. Creativity should be valued in its own right – an avenue for self-expression, self-development, collaboration with others, opportunities to be innovative. Interestingly, these are all key attributes and skills that the CBI says are sorely missing in our young people.

We have to wonder how different David Bowie’s life would have been if he’d gone to Bromley Grammar School for Boys instead of its neighbouring ‘technical’ school. Whilst genius many shine through in spite of schooling, his initiation into expressive arts certainly came from a healthy grounding in and appreciation of music, dance, drama and art within his family and at his school.

Sir Ken Robinson wrote a brilliant but somewhat distressing book a few years ago, describing a number of people whose creativity was either ignored or devalued in their school years. “Finding Your Element” outlines stories from people who felt worthless in school, yet contributed dramatically to their chosen artistic field in spite of and not because of school experiences.

https://3diassociates.wordpress.com/2012/05/09/finding-your-passion-changes-everything/ (See an extract of Sir Ken’s interview with Mick Fleetwood as an example).

“Creative Schools”, Sir Ken’s most recent book, is a must-read for anyone interested in creativity, and for those who are in any doubt of the value of creativity in the classroom.

In his introduction, Sir Ken says,

“If you run an education system based on standardisation and conformity that suppresses individuality, imagination and creativity, don’t be surprised if that’s what it does.”

“The increasing standardisation of education – and the sheer amount of education that’s going on – also runs against the grain of the most natural way in which people of all ages learn, and especially children – through play. Play in its many forms has fundamental roles in all phases of life and especially in the physical, social, emotional and intellectual development of children. . . . . .

. . . . . . We each have our own personalities, talents, interests, hopes, motivations, anxieties, and dispositions. Profound things can happen when students are given room to explore their own interests and capacities.”

Owen Frampton realised this as he valued creativity as much as academic success and enabled people like David Bowie to flourish as he sought his “element” in as creative a manner as possible.

Sir John Sorrell, chair of the Creative Industries Federation (CIF) – whose report on creativity is out this week, says,

“Other countries now also see the economic value of culture and are investing heavily. . . . The Chinese want things to be perceived as ‘designed in China’, not ‘made in China’.”

“It should not be possible for a school to be deemed outstanding if its students are deprived of a quality cultural education, in and out of the curriculum. A reduction in the number of pupils with creative skills can only have damaging repercussions for the creative economy.”

Well said – a comment that we’re confident that Sir Ken Robinson and others would whole-heartedly support.

For all Nicky Morgan’s and before her Michael Gove’s protestations that the standards agenda hasn’t compromised the Arts, the evidence is shockingly different. When head teachers under pressure are faced with a choice of raised levels on a performance table or the individual needs of the child, too often (and understandably) they may choose the former rather than the latter, sometimes forcing young people to make EBacc subject choices rather than choosing subjects that are more to their liking – and this has been happening for years now, and not merely as a reaction to the Ebacc.

What’s particularly sad is that politicians may awaken to the value of creativity when it becomes a measurement in the PISA rankings.

How ironic. The neglect of creativity in the classroom will only become a concern when it scores poorly on politicians’ beloved league tables, whereby it may have a Phoenix-like re-emergence – all in the name of competition, not of individual need. 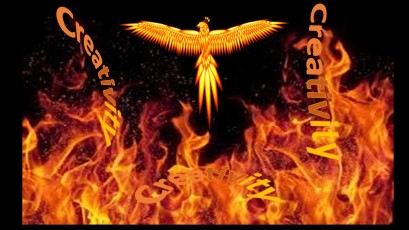 How many potential Bowies have we lost down the decades because of a lack of commitment to the Arts? So many years have passed since “All Our Futures” was written (in 1999) and subsequently ignored because it effectively challenged the path of standardisation which governments have adhered to.

We conclude with a letter from prominent artists and educators, sent to The Times last week, complaining about and warning against the EBacc:

Sir, We are deeply concerned by the Department for Education’s proposals to make the English Baccalaureate (EBacc) all but compulsory in schools as a headline accountability measure.

The EBacc proposal means that every pupil taking his or her GCSEs would have to study a minimum of seven, narrowly defined, GCSEs: English literature and English language, maths, double or triple science, a modern and/or ancient language, history and/or geography.

The intention is for the EBacc effectively to become compulsory, with the education secretary expecting to see “at least 90 per cent of students entering the EBacc”.

The average number of GCSEs taken by pupils in England is eight. If these plans become a reality, there would be little room left for pupils to study creative industry-relevant subjects and the arts would be squeezed out of schools altogether. In 2010-15 we have already seen a 14 per cent drop in creative and technical qualifications being taken.

The UK’s creative industries are world-leading in their own right, contribute more than £76 billion to the UK economy and employ more than 1.7 million people (more than 1 in 20 UK jobs). To continue to build a thriving creative economy, the arts must be given equal visibility in our schools. At the Bacc for the Future campaign we believe that it makes no sense for the government to implement an educational strategy which is narrowing a skills base in an area so integral to our economy’s success.”

A certain Davey Jones from South London would have added his name to such a letter.

Gary Foskett and Clare Blackhall are educationalists, writers and consultants. We work with schools and other organisations who share our vision of how schools, businesses, etc should work in the 21st Century. We also run courses and contribute to conferences - speaking about our three dimensional model of intelligences and how schools, colleges and universities can develop the full potential of all their staff and students. We also offer consultancy for businesses and public sector organisations to support staff training and organisational change and development. For more detailed information read our blog at https://3diassociates.wordpress.com/ or see our website at www.3diassociates.com.
View all posts by 3D Eye →
This entry was posted in Uncategorized and tagged 11 Plus, 3Di Model of Intelligences, All Our Futures, Bromley Technical College, Creative Industries Federation, creative schools, David Bowie, Ebacc, finding your element, Mick Fleetwood, multiple intelligences, Owen Frampton, Performance Tables, PISA, PISA testing creativity, PISA tests, Sir Ken Robinson, Sir Ken Robinson's "Creative Schools". Bookmark the permalink.