League Tables and the Master of Wellington

Julian Thomas, headmaster of Wellington College, has decided that his school will opt out of the annual performance tables in England. 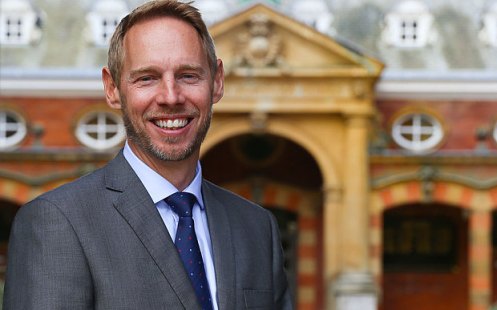 In an article in the Sunday Telegraph he said,

“In an attempt to make comparisons, league tables have created artificial tariffs and equivalences that are simply not valid.”

“We all collude in this harmful merry-go-round through our seemingly unquenchable fascination with measurement and comparison”.

Well said Mr Thomas. Other top independent schools – St. Paul’s, Eton, Rugby and Winchester – have already done this and we should praise them for doing so.

When Sir Anthony Seldon was headmaster at Wellington he regularly expressed his concerns about the pedagogy, curriculum and polarisation of the English national education system. He felt that all head teachers of independent schools have an altruistic duty to support state schools. From this, Wellington College sponsored a state school – Wellington Academy in Wiltshire. 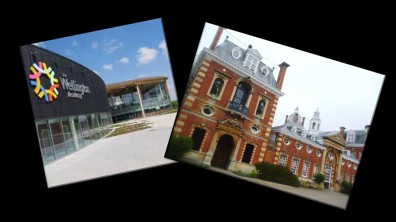 As far as we know Dr. Milner, the principal of Wellington Academy, hasn’t expressed his views on league tables. Neither has he chosen to withdraw the academy from league tables – because he can’t.

Neither state-funded schools (academies and free schools) nor state-maintained schools (local authority, diocese schools) have the luxury of choice. Compliance is the name of the game and it’s compulsory that their “scores” are included in the National Performance Tables.

And what a statistical hell they are. (Or heaven, if you are a statistician?) 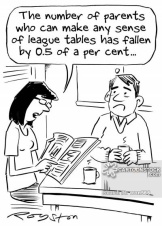 Why independent schools were ever included in the league tables is a mystery. By their own admission there’s hardly a level playing field. Comparing the likes of Wellington College with the local comprehensive and its completely different cohorts, economic backgrounds of pupils, experiences of teaching and learning, experiences of life . . . is preposterous.

Then again, comparing the results from one school in, say, SE12 to a school in SE23 is equally insane, as is comparing one school to another one in the next street, as is the fact that league tables only provide a miniscule glimpse into what a school is actually like, owing to the fact that league tables only report on one aspect of education and schooling.

The Good Schools Guide offers a commentary on league tables.

“League tables have caused a lot of agony and misunderstanding. As raw statistics, they are more or less meaningless.”

It explains what the league tables don’t tell you. Amongst other things, these include,

“The pupils’ backgrounds . . . The school’s background . . . The quality of education overall: Depth, breadth, music, debating . . . things that help pupils learn to think for themselves. By sheer swotting, exams can be successfully passed [3Di comment – not always] – but at the expense of what?”

We assume Julian Thomas didn’t make his decision based on the mathematical illogicality of league tables – which don’t include the International Baccalaureate that many of his pupils choose to take. Based on what he wrote in the newspaper, Julian Thomas made his decision because he believes that the league tables distort teaching and learning, and don’t recognise other areas of learning that are vital to the development of the child.

“We have to equip our children with the skills and aptitudes they need to live, thrive and survive in the future”. [3Di comment: And for living in the present as well – as children and adolescents, as well as adults.]

“Schools, driven by the need to hit targets, satisfy stakeholders and compare well with their competitors, are often tempted to withdraw to the safest and easiest method of achieving good grades – “teaching to the test”. Worse still, there is often a temptation to make educational decisions which maximise grades at the expense of the students’ best interests. [Our emphasis]

“All of which makes the school league table – at least in its current form – much worse than an unnecessary distraction but, in fact, a key driver for poor educational practice.”

“I believe that it is time for Government and leading educators to come together to create a new strategic vision of how school and student assessment could evolve to meet the needs of current and future generations. The problem is compounded by the annual beauty parade of newspaper league tables, in which schools are numbered and ranked based on statistics which take little or no account of a school’s context or its success in creating well-rounded, interesting, inspired students.”

We reiterate that plea. These league tables must go. Education deserves more. Young people deserve better. To quote Prince Charles out of context they are “a monstrous carbuncle on the face of a much loved and elegant friend”. For many they are a deadly tumour.

To conclude, we return to the words of Julian Thomas who summed this up perfectly in another Telegraph article in November 2015 – http://www.telegraph.co.uk/education/educationopinion/11995597/Julian-Thomas-Make-do-and-mend-approach-in-education-is-failing-children.html [3Di comment – an important read, though we must say again, Mr Thomas, – the skills and attributes that you mention that are considered important and are fostered in your school are not “soft”! https://3diassociates.wordpress.com/2014/02/01/the-importance-of-soft-skills-a-bcc-manifesto-on-skills-and-employment/]

If only our education system and its assessment processes recognised the importance of this statement.

Gary Foskett and Clare Blackhall are educationalists, writers and consultants. We work with schools and other organisations who share our vision of how schools, businesses, etc should work in the 21st Century. We also run courses and contribute to conferences - speaking about our three dimensional model of intelligences and how schools, colleges and universities can develop the full potential of all their staff and students. We also offer consultancy for businesses and public sector organisations to support staff training and organisational change and development. For more detailed information read our blog at https://3diassociates.wordpress.com/ or see our website at www.3diassociates.com.
View all posts by 3D Eye →
Gallery | This entry was posted in Uncategorized and tagged 3DiAssociates Model of Intelligences, Aptitudes for Learning, Dr. Michael Milner, Good Schools Guide, Julian Thomas, league tables, multiple intelligences, Performance Tables, Skills and aptitudes, Sunday Telegraph, Wellington Academy, Wellington Aptitudes, Wellington College. Bookmark the permalink.