A Degree of Fraud – A System Ripe for Re-invention

Want a first-class degree without having to write a single essay? Or perhaps you’d prefer a PhD but you don’t have the will, the inclination or the capacity to do it for yourself?

Fear not – at a cost, you can buy essays and dissertations from a range of companies that offer everything from coursework to customised essays to full-blown 90,000 word dissertations.

Radio Four’s “A Degree of Fraud” exposed this practice in a programme aired this week. Anyone interested in the state of our Higher Education system should listen.

“Essay mills” are companies that sell essays to students, knowing there’s a high probability that these young people will submit the work as their own – despite some of these organisations insisting it’s not something they condone.

And there’s a lot of them about. 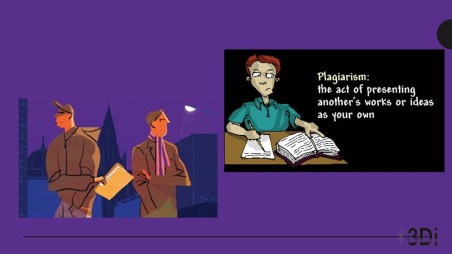 According to Thomas Lancaster of Staffordshire University, this is a multi-million-pound industry that is growing exponentially – in parallel with the increased pressures on students to “perform” academically. According to the BBC programme, there are approximately 20,000 students in the UK who’ve accessed the services of one of these essay mill companies for one reason or another.

And it’s the reasons these things happen that we need to focus on.

What possesses a young person with little disposable income and a prospective debt of £36,000 to spend money on an essay?

Obviously one of the answers is in the latter part of that question.

Speculate to accumulate. What’s £500 if it’s the difference between getting a decent job to pay back the astronomical course fees and student loans or ending up with a 3rd class degree – or worse?

The pressure, be it real or imagined, on students to get a 1st or a 2:1 degree (anecdotally, we were told by a professor at a Russell group university that a 2:2 or a 3rd was barely worth the paper it was written on!) is evidently out of control and disproportionate to the learning needs and wellbeing of the students.

For many students, the pressure is unbearable. The constraints of standardised formulaic essay-writing as the absolute measure of their worth isn’t really what they signed up for in the name of continuing their education.

The mental health and wellbeing of young people – away from home for the first time and struggling with independence, hormones, financial pressures, relationships issues, inadequate accommodation, bogus and ruthless landlords, faceless email communication from overworked tutors and so on – are serious issues that many universities haven’t fully appreciated and seem unwilling to consider.

It’s no wonder that some stressed-out, mentally unwell students do turn to these essay mills to get them out of a hole.

These companies stink. In the spirit of commercial enterprise they would say they are merely filling a gap in the market, and making money by offering a service that people are prepared to pay for. No moral concerns. No ethical considerations. Their carefully constructed terms and conditions defend themselves from potential plagiarism charges set against the purchasers of their products.

But they are not the real problem.

The real problem lies with the universities themselves. 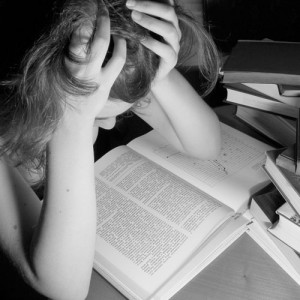 They must ask themselves why people are going to “Essay Mills” and whether, in an age where almost anything can be found and bought on the Internet, an entire restructuring of the system – one that isn’t wholly reliant on an ability to write a formulaic summative assessment – is called for.

Two years ago, PriceWaterhouseCoopers (PwC) – one of the largest recruiters of graduates in the UK – discovered that there was a disproportionate number of their employees who were educated privately. They realised that by using A-Level and degree results (largely affected – and as they said, distorted – by where you went to school and university) as the main means of recruitment, they were missing out on a swathe of potential state sector employees who either didn’t go to university or didn’t have the A-Levels that reflected their real skills and abilities.

The skills that PwC were looking for weren’t just in essay-writing or performing set tasks. They also wanted innovation, collegiality, original thinking, collaborative working, imagination, the ability to work independently – none of which they felt were truly examined or measured or defined through one’s ability to get a first-class degree.

Other companies like Ernst & Young and Penguin Random House did the same, and changed their recruitment policies to include non-graduates.

“We want to attract the best people to help grow and shape the future of our company, regardless of their background – and that means that we need to think and act differently. Simply, if you’re talented and you have potential, we want to hear from you. This is the starting point for our concerted action to make publishing far, far more inclusive than it has been to date. Now, we need to be more visible to talented people across the UK.

We believe this is critical to our future: to publish the best books that appeal to readers everywhere, we need to have people from different backgrounds with different perspectives and a workforce that truly reflects today’s society.”

Their commitment to diversity, as well as their acknowledgement that some graduates didn’t have the life-skills they required, led to this change of heart.

The CBI – since the publication of their First Steps document – has consistently led the way on criticising the existing education system, with its focus on attainment rather than skilling and preparing young people for life – in work and play.

“The system is currently too much of a conveyor belt – it moves children along at a certain pace, but does not deal well with individual needs . . . . . it is the narrow definition of success we give schools at each stage of development . . . . .  that encourages this approach.”

“Far too neglected in the current debate – there is a set of behaviours and attitudes, a kind of social literacy that we must foster. An exclusive focus on subjects for study would fail to equip young people with these, though rigour in the curriculum does help. These personal behaviours and attributes – sometimes termed character – play a critical role in determining personal effectiveness in their future lives, and should be part of our vision.”

Admittedly, the First Steps publication was largely concerned with schools rather than universities but the same philosophy applies to both.

Inserting the word “universities” or” HEIs” – from the CBI’s “First Steps” report where “schools” currently exists should give food for thought to our higher education institutions (HEIs).

“For reform to be a coherent whole, all the incentives acting on schools/HEIs need to be addressed. This includes the essential role of the accountability system, and the many conflicting expectations placed on schools/HEIs. Judging real outcomes for every child and the steps schools/HEIs are taking to deliver them is complex and not easily reducible to a league table or test, but this is the key point – a renewed system should be able to judge performance against the goals based on more complex metrics.”

Back in the days before student loans, before universities were massive commercial entities, before research grants took huge precedence over the needs of the under-graduate, before the customer-client manifestations, our tutors knew us, spent time with us – with the better ones knowing our writing styles so that plagiarism could be readily spotted. All our work contributed to our final degrees, not just the summative essays (i.e. those that contribute to the final degree outcome) per term and a couple of exams in June.

This may not have been the perfect education. There may have been serious flaws in the system, but at least we were dealt with as human beings instead of an essay grade.

Young people who buy these essays have bought into something else – the notion that a degree education is the be all and end all of life; that they won’t succeed in life financially or indeed socially if they don’t have a degree. Many a university understandably perpetuates that myth since it supports their modus operandi.

Unless universities look carefully at the entire purpose of higher education, unless they properly address the needs of young people, unless they realise that they have a duty of care to guide and protect and support students who’ve worked hard to get into their institutions, unless they work with organisations like the CBI to accommodate the life skills and attitudes that professions, industries and businesses are begging for, unless they work out some changes to their protocols to accommodate the changing nature of the customer/client process, then they are never going overcome the desperate plagiaristic behaviour of some of their students, who want success at all costs – with those costs going way beyond the price demanded by the Essay Houses and their deceitful products.

The number of students accessing these essay mill sites may be relatively small, but the trade in essays is a component of a system that seriously needs to rethink what it is doing.

See also, an alternative to university.

Gary Foskett and Clare Blackhall are educationalists, writers and consultants. We work with schools and other organisations who share our vision of how schools, businesses, etc should work in the 21st Century. We also run courses and contribute to conferences - speaking about our three dimensional model of intelligences and how schools, colleges and universities can develop the full potential of all their staff and students. We also offer consultancy for businesses and public sector organisations to support staff training and organisational change and development. For more detailed information read our blog at https://3diassociates.wordpress.com/ or see our website at www.3diassociates.com.
View all posts by 3D Eye →
This entry was posted in Uncategorized and tagged CBI, CBI First Steps, Degree of Fraud, Ellie Cawthorne, Esaay Mills, Outsourcing essays, plagiarism at universities, Radio Four, Reinventing education, Reinventing the purpose of universities, Staffordshire University, Thomas Lancaster, Universities and wellbeing, Wellbeing of students. Bookmark the permalink.