“Three Girls” and a System that Perpetuated their Abuse

If you ever wanted an illustration of a well-intended policy that’s tragically flawed and horrifically neglectful you’ll find it in the Rochdale sexual abuse cases. 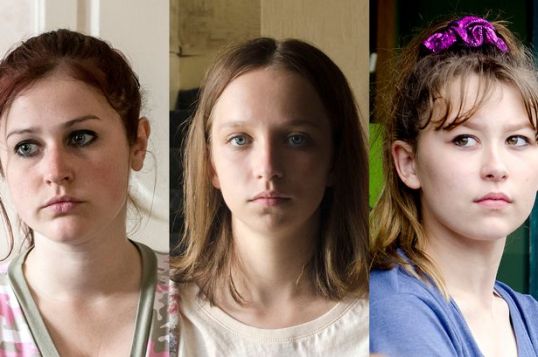 You’ll find similar cases in other parts of the country – historical and sadly, some present too.

The “Three Girls” drama on BBC1 this week has highlighted a mass of inadequacies with the police, with social care, with society, with schools, with people and systems tied up in bureaucracy rather than looking up from the datasheets to see the poor innocent abused staring them in the face.

It’s a harrowing watch but nowhere near as harrowing as being one of the young women subjected to abuse from the bastards who sexually abused them – to the system that let them down in the first place – to the disintegration of services whose lack of connection perpetuated their emotional abuse.

It shouldn’t take a TV programme to make the point that wellbeing and preventative/positive relationships education is as important – if not more important – than exam results.

But if it does take a TV programme to make people sit up and notice, then let’s act now and do something with the emotional momentum that stories such as these create.

The previous Tory government finally agreed to make Relationships and Sex Education (RSE) statutory in all English secondary schools during the last parliament – not in primary schools, it must be noted.

Heads should hang in shame – all those politicians, those policy makers, those Directors of Children’s Services and Directors of Education, those practitioners in schools who didn’t ensure this area of learning was taught effectively in schools regardless of its statutory status. Thankfully there were many who realised the importance of Relationships education.

Whilst we wait for RSE to become statutory are we going to do nothing? Are we going to enable another group of paedophilic psychopaths to groom, abuse and emotionally damage more young people whilst we decide on the content of the curriculum and how far we should go in explaining the truth of abuse to our young people? 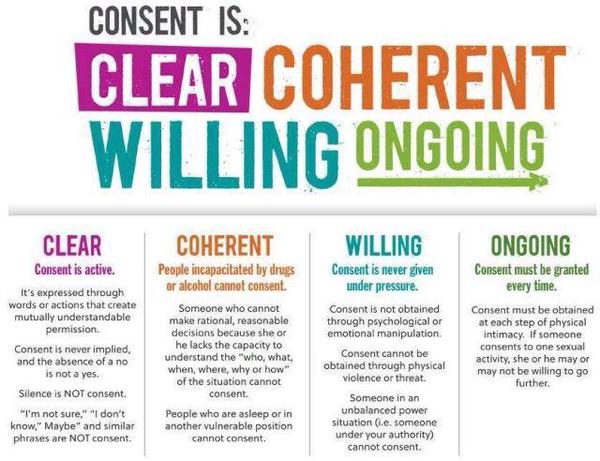 And it’s not only about the paedophiles. Good relationship education should be positive – drenched in the values that we can all agree as vital components of a respectful, loving, caring relationship be they sexual or platonic.

Please note – as if it needs saying – that the introduction of a decent, well-managed RSE programme in schools is not, nor ever will be, the absolute answer to the problem of child abuse. But it’s a good starting point for prevention – for the young women (and boys) at the centre of abusive behaviour (NOT relationships) – to identify with the fact that they are being abused; for them to disclose either deliberately or by their demeanour, their language, their behaviour in such lessons for properly trained people to see the danger that they’re in.

Primary schools should be enabled to freely teach about inappropriate touches, about controlling behaviour, about feelings/intuition when people do things to you that you think are wrong. It doesn’t have to be explicit (we’ve mentioned the value in using storybooks and other distancing techniques in previous posts) but it does need to be started when young minds are open and not subverted by damaging experience and coercion. It’s too late then.

But the value of RSE is only part of the story – and incidentally relationships should always come before sex. Developing the knowledge, skills, attitudes and understanding of what constitutes a good, healthy relationship should be an integral part of every working day with children and young people – formally and informally.

The other side of the “Three Girls” story is about the system – the abhorrent system that allowed this to happen. 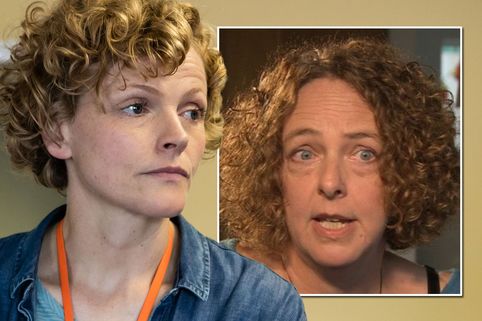 Sara Rowbotham, the sexual health worker who unearthed the sexual exploitation ring in Rochdale, is not alone. There are hundreds of “Sara Rowbotham’s” out there doing a public service that is gruelling, traumatic and effective – but only up to a point. Sara Rowbotham pieced together a “spreadsheet” of the connections between the young women who came to her and her team for sexual health advice. She took it to a joint meeting of social care, education, police and health workers. But nothing was done.

Why? Because it didn’t tick the “evidence” box. It was merely “intelligence” – a gathering of information that pointed to a serious issue that couldn’t be used as “evidence” even though it was patently obvious and known to all professionals around the table that the problem existed.

But they needed evidence. Facts. Photos. Data. Compliance with the process.

The girls were already “catered” for through their social care worker and they weren’t engaging, therefore nothing could be done.

They weren’t engaging because they were being abused! They had been threatened and taught how not to engage without even realising it and the system enabled their abusers to continue abusing both physically and emotionally by professionals rigidly adhering to the system – by not acting on their gut reaction, on their intuition. Everything had to be done by the book, even if the book became part of the abuse itself.

Every Child Matters was supposed to prevent this sort of abuse. Five priorities. Five equal priorities – on health, on education, on safety, on being good a good citizen, on being economically viable!

Only they never were given equal priority.

Giving lip service to emotional wellbeing has been happening for decades – https://3diassociates.wordpress.com/2013/10/22/wellbeing-and-education-past-present-future/

It has to stop now.

Hopefully lessons have been learned but complacency should never set in when it comes to dealing with the underlying causes of abuse and responding to glaringly obvious cases of abuse.

In essence, joined up Children’s Services were a good idea but too often individual professional priorities didn’t link together with another departments aims. Education floor targets took precedence. Get them 5 A-Cs at GCSE and they’ll miraculously stop being abused and will gain “aspiration” for something better.

There’s a superb illustration of this in the television programme where one of the abused young women was sitting in a classroom with a teacher lecturing the class about the percentage of prepared responses to an exam that they would be required to regurgitate to pass. This young woman was physically present but disengaged– with her abuser’s baby growing inside her, with her abuser waiting for her outside school offering her a bottle of vodka to numb the pain of what she was in store for that evening. And a collective of state sector employees knew that this “untouchable” youth was in a precarious and abusive situation.

We haven’t worked in Rochdale but we have worked in boroughs where teenage pregnancy rates were the highest in the country. We’ve sat in meetings where it was explained to us that it was known where sexual abuse was taking place, which young people were involved, which gangs of older blokes were abusing them, which sexual health clinics they were going to, which schools they attended, which dilapidated estates they were living on. Someone even joked that if they closed the local park for the school summer holidays, conception rates would decline massively.

But we didn’t have the “evidence” – despite the young women telling health and social workers that their abusers were buying them expensive clothes (which the girls thought meant that they were controlling the situation), despite the young women graphically explaining how they were “daisy chaining” and having group sex – and “enjoying” it, despite known offenders roaming the streets obviously looking for the next victim to groom, despite young women finally realising the abusive state they were in only to realise that nothing could be done because they weren’t reliable witnesses because of their socially inappropriate behaviour – behaviour caused by the vicious cycle of abuse.

“Three Girls” isn’t a TV drama. It’s a reality for many girls and young women. It’s not just in Rochdale or Telford or Oldham or Rotherham. It’s everywhere. And it’s not just young girls too.

Relationships education is a starting point but it will only ever be effective if there’s proper joined up work continuing to eliminate this abuse. It must be done jointly. Professional priorities must be agreed and professional egos must be left at the door of the negotiating room.

Training and education is vital.

Sara Rowbotham was made redundant.

PSHE and RSE advisers were made redundant.

Even though there have been improvements in collaborative work, there’s still room for a reinvention of services to ensure that no child ever has to endure what these young women in Rochdale experienced and continue to endure every single day of their lives – because the professionals were so steeped in the system and the data and the evidence that they couldn’t act on what was so patently evident in front of their eyes.

Gary Foskett and Clare Blackhall are educationalists, writers and consultants. We work with schools and other organisations who share our vision of how schools, businesses, etc should work in the 21st Century. We also run courses and contribute to conferences - speaking about our three dimensional model of intelligences and how schools, colleges and universities can develop the full potential of all their staff and students. We also offer consultancy for businesses and public sector organisations to support staff training and organisational change and development. For more detailed information read our blog at https://3diassociates.wordpress.com/ or see our website at www.3diassociates.com.
View all posts by 3D Eye →
This entry was posted in Uncategorized and tagged "Three Girls", Children's Services, Every Child Matters, preventing abuse, primary education, PSHE, Relationships and Sex Education, Rochdale Abuse, Rotherham Sexual Abuse, RSE, RSE in primary schools, Sexual abuse, Sexual Health, Social care. Bookmark the permalink.