The Diploma Disease and the Qualifications Spiral

Consider this startling statement, which was printed as a strapline above an article in the Guardian newspaper this week:

“For years, education promised to make us more equal. Finally, politicians are realising it achieved the opposite.”

So we ask ourselves, how on earth can education – which must surely be something that everyone aspires to – be the cause of greater social inequality?

The answer, of course, lies in the fact that “education” means different things to different people.

Version 1: Education is a process through which individuals achieve success in timed tests and examinations.

Version 2: Education is a process through which individuals develop their multiple intelligences along with their creativity in order to become fully functioning individuals and the best human beings they are capable of becoming.

If we take Version 2, then it’s impossible to see how education, per se, can be responsible for greater social inequality. If we take Version 1, however, then it’s easy to see that high achievement in tests and exams will have a great effect on individuals’ life chances in a society where entry to higher education and the professions is retricted and depends on ‘academic’ success. Furthermore, high achievement in tests and exams can be greatly influenced by factors such as poverty and poor health on the one hand, and access to the best schools, the best teachers, and individual private tuition on the other. 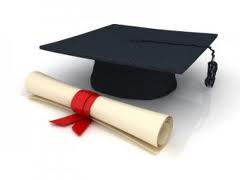 Peter Wilby‘s excellent article on this subject should be read in its entirety, but here are some taster paragraphs:

We take it as axiomatic that the longer you stay in school and university, the better you’ll do in life. Sixty years ago you could still enter most professional jobs – in law, management, finance, the civil service, engineering, surveying, nursing, midwifery, and so on – with the equivalent of five GCSEs at grade A* to C, sometimes less. Since then, employers and professional bodies have, by stages, raised the requirements: to one A-level, then two A-levels, then a degree. Now, increasingly, postgraduate study is needed before a young person starts work.

Education is regarded as an unmitigated good, of benefit to society, the economy and the individual. More means better, we think. In many respects, that is true: if we are a more tolerant, more inclusive society than we were 50 years ago, that is largely because most of us are better educated. But we should look more closely at how the demand for ever higher pre-career qualifications has affected professional and managerial competence, the educational experience and, above all, social mobility.

Take, first the demand for higher general qualifications: the batch of GCSEs and A-levels or a degree without which most employers won’t look at a job application. These credentials carry little or no information about knowledge and skills that may be of relevance to a particular career. They are sifting devices, allowing employers to exclude those they perceive as unintelligent or lazy. They create, in students, an instrumental attitude to education. Subjects are studied and examinations taken, not because of enthusiasm for history, chemistry or German literature, but because they are required if the student is to progress.

Moreover, because children from affluent homes do better academically, the requirements stop many from poor homes getting even a foothold in a professional or managerial career. The paths that once took 16 year-old school-leavers from shopfloor to boardroom or from copyboy to newspaper editor are blocked.

Look no further than the rise of what Americans call “credentialism” for an explanation. Examination-based credentials – introduced to guarantee that merit, not birth or social connection, determined who got the top jobs – now act as barriers to social mobility. Solutions usually focus on giving disadvantaged children a better shot at acquiring qualifications. Almost nobody considers how the qualifications themselves may be at fault.

We have reached a situation where, for many, full-time education does not end and work begin until their mid-20s. We then accept people as competent doctors, accountants, engineers, and so on, for the next 40 years. Does this make any sense in a fast-changing world? Why do we cram so much education into the first third of the average lifespan, and offer so little of it in the remaining two thirds? Why do we make it difficult for people to attempt a mid-life switch or simply take a break, whether to put right a mistaken career choice or to alleviate boredom? Given our approach to education and training, is it surprising that so many institutions – from banks to hospitals – seem beset by disasters, exposing incompetence at all levels?

Some careers, such as medicine, may always require long periods of initial training. But in most, we may get higher levels of professional competence and job satisfaction – alongside increased social mobility and an even better educated society – if we swapped a few years of initial full-time education for more apprentice-style training, and followed that with short periods of full-time education at seven-yearly intervals throughout life. 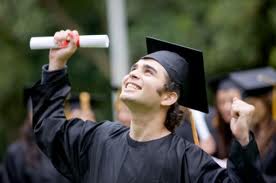 Peter Wilby explains in his article that Matthew Hancock, the skills minister within the coalition government, has said that in future non-graduates must be able to qualify, through apprenticeships, as lawyers, accountants, and chartered engineers.

It marks a rare reversal of a century-old trend: for longer and longer periods of full-time education to be required from anyone aspiring to a professional career (defined in the broadest sense to include occupations such as journalism, publishing and management consultancy that aren’t, strictly speaking, professions).

This is a crucial issue, it seems to us, and one that has been called “the diploma disease” or “the qualification spiral”.

Perhaps we’re starting to see a greater realisation in this country that ‘academic’ success should only be important for those who aspire to being academics. In every other walk of life what counts is not one’s ability to write essays or respond to questions in timed tests and examinations – what counts is having a broad range of intelligences, imagination, a strong capacity for creativity, perseverance, integrity, and a whole host of other virtues that are important for entrepreneurship, for professional success, for employability and for living autonomously.

Elsewhere in the world education systems have already been revolutionised in order to integrate 21st Century ideas about educating young people for life in a fast-changing world in which we all need to be lifelong learners who are capable of living and working creatively.

Elsewhere in the world countries are years ahead of the UK in implementing forms of education through which young people are co-creators of their learning, and are equipped with life skills and a love of learning for its own sake. Elsewhere in the world 16+ examinations have already been abolished, and high-stakes testing at the age of 18 is something that is entirely optional since there are various pathways towards employment, the professions and career development.

Meanwhile, here in the UK and in many other countries, we still have lessons to learn and a lot of catching up to do. 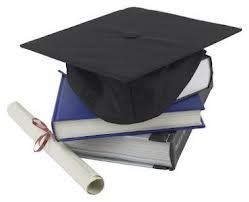 A close reading of Pasi Sahlberg’s book, Finnish Lessons, is strongly recommended by 3D Eye. In fact we believe it’s an essential text for anyone who works in education, who is involved in making education policy, and indeed parents and others who wish to have a clearer perspective on where education is heading in this century. We’ll be posting some key quotes from the book in the next few days.

Gary Foskett and Clare Blackhall are educationalists, writers and consultants. We work with schools and other organisations who share our vision of how schools, businesses, etc should work in the 21st Century. We also run courses and contribute to conferences - speaking about our three dimensional model of intelligences and how schools, colleges and universities can develop the full potential of all their staff and students. We also offer consultancy for businesses and public sector organisations to support staff training and organisational change and development. For more detailed information read our blog at https://3diassociates.wordpress.com/ or see our website at www.3diassociates.com.
View all posts by 3D Eye →
This entry was posted in Uncategorized and tagged 3Di Associates, abolition of 16+ exams, academic rat race, apprenticeships, creativity, curriculum, diploma disease, education, entry to professions, exams, Finnish Lessons, General Certificate of Secondary Education, high stakes testing, intelligences, learning, motivation, multiple intelligences, Pasi Sahlberg, pedagogy, Peter Wilby, qualification spiral, qualifications, schools, social mobility, teaching and learning, values and virtues, wellbeing. Bookmark the permalink.