Ofsted was back in the news over the weekend due to its inspection of certain schools in Tower Hamlets that had previously been judged as “outstanding”. Inspectors now “discover” that there are significant problems with safeguarding and potential threats of “radicalisation” of pupils. These schools are now in “Special Measures”.

Both Nicky Morgan and Sir Michael Wilshaw have expressed their concerns about the radicalisation and lack of “British values” in the schools concerned.

So here we go again.

And we ask once more – what makes any value “British”?

Is there a single value that has a Union Flag attached to it, that isn’t also a value in a hundred other countries?

What exactly does this news tell us?

If we assume that these reports are accurate and there actually is a serious concern for the wellbeing of the students in these schools, then Ofsted is right to attend to such an issue. However, one has to ask why Ofsted’s contractors didn’t find problems during previous inspections. One also has to ask why these specific schools have been targeted. We know from the reports that there was a concern about a Facebook site, set up by sixth formers at one of the schools, but was this the trigger that led to a sweep of inspections in the other schools?

We have to consider this story from both sides; that there is a serious problem affecting the safeguarding and wellbeing of these young people and/or the radicalisation issue is an isolated case that has already been noted and managed by the schools concerned.

To expand on some of these points, let’s take a look at the case of the Sir John Cass Foundation and Redcoat Church of England Secondary School. 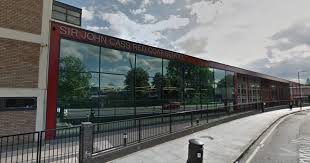 Obviously, this school isn’t a Free School. It’s a faith school. It’s a Christian school with a large majority of students attending that are not Christian. According to reports, the school has always managed this situation extremely well. In fact, the school could be commended for working with pupils and their community in the way that they’ve respected a different religion and has, within reason, adopted policies that comply with the main components of that other religion. Furthermore, they’ve recognised the common values between Christianity and Islam and embraced those values – human values – within their practice.

Dig further though and take a look at the inspection history of the school.

According to Ofsted, this school hadn’t had a full Section 5 inspection for years……. because it was “outstanding”. Now it may well be that the school was doing everything right. Achievement was high, children and young people felt safe and so there was nothing to worry about. But if these reports of radicalisation are accurate, by virtue of them attaining the appropriate A-C grades the school was untouchable unless someone complained about a specific issue – which is precisely what happened.

Here’s a link to a letter from the then Chief of Ofsted, Ms Christine Gilbert (formally Director of Children’s Services in…… Tower Hamlets), written in 2011 commenting on the excellence of the institution.

“As you may know, during its last inspection in May 2008 [NB: NOT a full inspection but a “Reduced Tariff school inspection], Ofsted inspectors judged your child’s school to be outstanding. The 2011 Education Bill proposes that, from January 2012, schools that were previously judged to be outstanding will not be subject to routine inspection unless concerns are raised about their performance……….. I am pleased to inform you that our interim assessment indicates performance has been sustained and that we will not be inspecting your school unless we receive further information that raises concerns.”

Effectively, due to attainment being high, this school hasn’t been inspected fully since 2005.

“Performance has been sustained” – and there lies the fundamentalism.

It’s all about the grades.

One has to ask the question, IF there is a serious underlying and ongoing problem with potential radicalisation of students in Sir John Cass School, isn’t it the system that has let them down and damaged them and made them vulnerable?

It was the government that gave freedoms to schools to set up a curriculum and content that didn’t have to adhere to the national guidelines.

It was the government that allowed certain schools that excelled academically to be exempt from inspections.

It was Ofsted that led these brief inspections which concentrated ONLY on attainment.

By focusing on standards alone, other aspects that are essential to the wellbeing and development of young people are overlooked. In this case, the school may well have been doing everything to ensure the pupils were well but other “outstanding” schools may not be as focused on the other important factors of education.

The system potentially lets these young people down.

The other thing to consider is whether this entire operation by Ofsted was politically motivated. After all, the leader of Tower Hamlets council has been in the news over the last few months for his somewhat contentious actions. 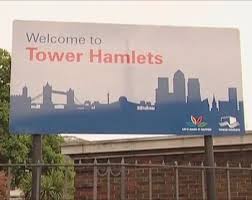 Was this, as Kenny Frederick – a former head teacher in Tower Hamlets, said “a witch-hunt. It’s absolutely appalling. It’s a good school with a good track record. Parents, kids and staff will be up in arms. It’s not a hotbed of radicalism. The governors don’t want to take over the school………To put a school in special measures … what that does to a school and the community will only be negative. People will feel resentful. All we are going to do is alienate. If I was one of the kids, it would not be doing anything for my British values.”

In the same Guardian report, Haydn Evans, the head teacher since 1995, said

“We are surprised by the outcome of the Ofsted inspection, as we have always taken safeguarding very seriously. The teaching and results of this school remain good, which they have been since 1999, and my priority now is to address the issues that have been identified and work closely with the local authority and the diocese to return the school as quickly as possible to an outstanding school.”

Whilst all the arguing, political manoeuvring and debates are taking place, who is looking at the children? Who is focusing on their needs?

This report into radicalism in schools in Tower Hamlets and other regions is a wake-up call, but not necessarily the wake-up call that has been reported.

The system needs change. Ofsted needs to change (and incidentally, their proposals for a change to inspection are promising). The focus of education needs to change.

Our children and young people deserve honesty, assurance, safety as well as the opportunity to learn in a safe and invigorating environment.

Gary Foskett and Clare Blackhall are educationalists, writers and consultants. We work with schools and other organisations who share our vision of how schools, businesses, etc should work in the 21st Century. We also run courses and contribute to conferences - speaking about our three dimensional model of intelligences and how schools, colleges and universities can develop the full potential of all their staff and students. We also offer consultancy for businesses and public sector organisations to support staff training and organisational change and development. For more detailed information read our blog at https://3diassociates.wordpress.com/ or see our website at www.3diassociates.com.
View all posts by 3D Eye →
This entry was posted in Uncategorized and tagged British Values, British values and education, British values and schools, From Outstanding to Special Measures, Islamic schools in Tower Hamlets, Nicky Morgan, Ofsted, Ofsted and Radicalisation, Radicalisation of pupils, Section 5 insepctions, Sir John Cass Foundation School, Sir Michael Wilshaw, Tower Hamlets. Bookmark the permalink.