The latest Ofsted Framework has been released ready for use in September. There are some significant changes, particularly regarding the limiting judgement of “Personal Development, Behaviour and Welfare”. 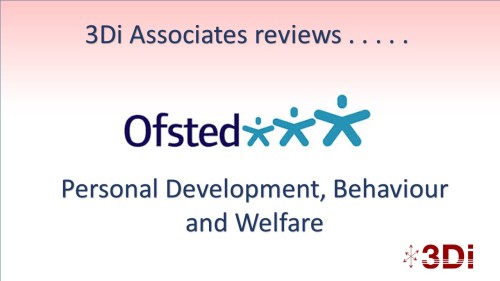 It is this section that we are writing about today.

The passing of Chris Woodhead last month was a timely reminder of how long Ofsted has been “influencing” teaching and learning in our schools – 21 years.

As an organisation, it’s had its extremely low points, and the fact that they’ve had to clarify what an inspection should and should not entail, implies that there’s been significant flaws in the system that they are, at least, attempting to eradicate.

(N.B. The points in this document have been incorporated into the new Common Inspection Framework documents). 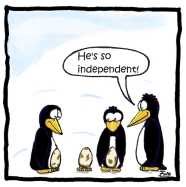 Ofsted can’t be entirely blamed for the current high-stakes testing and the narrowing of the aims of education. It isn’t supposed to be a policy making organisation, but the comments from a range of Chief Inspectors and their collaboration with a series of Secretaries of State means that it has had far greater influence over education in this country than its original remit to inspect, critically analyse and appraise existing practice. Add this to the performance tables, the introduction of the EBacc, the narrowing of the curriculum and the increased bout of tests for our primary school children, we have indeed a contaminated system inspected by an organisation with its own toxicity.

Credit where it’s due, however. The broadening of the “Behaviour and Safety” judgement to include “Personal Development and Welfare” is a welcome change, despite the fact that its inclusion is related to the political drive to “educate” about the nebulous notion of “British Values”. We’re also disappointed that Ofsted used the word “welfare” rather than “wellbeing”. The welfare of our children and young people is only one component of wellbeing.

One also has to wonder how many schools would have achieved an “outstanding” judgement over the last decade if the personal development of the child had always been a limiting judgement – or how many schools may have been rightfully recognised for their holistic practice to education, ones that fully embraced and engaged with the notion of personal wellbeing. 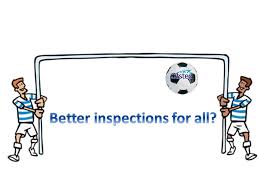 Here are the statements on personal development, behaviour and welfare from the Common Inspection Framework.

Inspectors will make a judgement on the personal development, behaviour and welfare of children and learners by evaluating the extent to which the provision is successfully promoting and supporting children’s and other learners’: 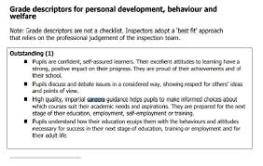 It’s here in black and white. Education is about personal development as well as attainment. The large majority of the teaching profession knew this but to have it recognised officially by Ofsted is extremely important. Even Sir Michael Wilshaw is admitting the value of wellbeing in his recent letter to schools (7th July 2015).

He says in the final paragraph,

“Thank you for all the hard work you and your staff and governors are doing to raise standards and improve children’s lives. I know you are as committed as I am to improving education for all.”

It’s somewhat mute but it’s there. Our education system ought to be about improving children’s lives – now and in their future.

There’s an emphasis on self-confidence and self-awareness, or what we would call “personal intelligence” – knowing oneself, one’s ability, one’s interests, one’s “element” and what makes each and every one of us tick.

There’s a mention of employability skills – or what we might call “Life Skills”. These shouldn’t be left to the end of secondary school or further education. These skills should be carefully planned for throughout a child’s education. This is partly about personal intelligence but also about “social intelligence” – how we interact with one another, how we empathise, how we collaborate and innovate collectively.

There’s a comment about how we manage our own feelings. This is relative to personal intelligence and also “spiritual intelligence” – recognising our emotions, our destructive emotions and relative feelings associated with them. (We look forward to seeing how this is inspected and graded!) Dealing with these emotions is partly about recognising that there’s a part of our brain that operates purely on “instinct”. Our children and young people need to know that there are times when they may wish to fight or flee but that we need to control our instinct by using our “intellect” and other intelligences (social intelligence – how are others going to feel if we act in a certain way, personal intelligence – what’s the impact of my behaviour and attitude on me?) before we act, and afterwards too.

There’s a clear statement about keeping safe from all manner of abuse, and of course, extremism.

There’s another clear statement about health – mental and physical. Healthy eating and exercise is an important component of “physical intelligence” – understanding our bodies and how they function, using our senses, ensuring that the benefits of physical exercise and healthy eating is understood and is an integral part of our young peoples’ lives.

The final bullet point mentions “personal development” and the value of active citizenship, respecting others and how to live life well in Britain today.

For us, personal development is about understanding that we have six key intelligences – intellect, instinct, personal, social, physical and spiritual, and that each of these intelligences deserve equity within the school system, enabling young people to develop wholly and become emotionally intelligent.

Now, we’re a long way from a full acknowledgement of multiple intelligences, but the inclusion of “personal development” in an Ofsted “Limiting Judgement” is an extremely positive step.

The negatives of these statements?

There’s not a single mention of PSHE, even though many of the comments above are directly related to PSHE and could be taught, learned and considered through a carefully managed programme for PSHE that goes beyond a designated curriculum time.

The fact that the government still refuse to make PSHE statutory yet are willing to sign off a significant change to the Ofsted framework that recognises the importance and worth of PSHE in all but name is ludicrous. It’s PSHE through the back door, just as it was in 2005 when there was a tick sheet for the Every Child Matters agenda on the Ofsted Framework. PSHE is not statutory but one wonders how all of the “personal development, behaviour and welfare” statements could be achieved without a cohesive programme.

Whilst we acknowledge the importance of preparing young people for the next stage of life, what about preparing them for living now? Why is the emphasis always on the future rather than the experiences that they are hopefully enjoying and possibly enduring now? If there was a carefully planned curriculum for “life skills” or “Life Lessons” as suggested by the cross-party Education Parliamentary Committee, then by default children would be (to use that awful phrase) “secondary ready” or ready for further education or employment.

Whilst it isn’t explicit here, there’s an implicit nod of the head to the “British values” mantra. Throughout the School Inspection Handbook there’s mention of British values, British society, “living in Modern Britain”, and in this section “contribute to wider society and life in Britain”.

In our more open and frequently interdependent world, should it really be about “British values” or more about “human values”?

It’s not that often that we congratulate Ofsted but this is an improvement. One wonders whether schools and indeed inspectors are fully trained for this new interpretation of the fundamental values of education.

Gary Foskett and Clare Blackhall are educationalists, writers and consultants. We work with schools and other organisations who share our vision of how schools, businesses, etc should work in the 21st Century. We also run courses and contribute to conferences - speaking about our three dimensional model of intelligences and how schools, colleges and universities can develop the full potential of all their staff and students. We also offer consultancy for businesses and public sector organisations to support staff training and organisational change and development. For more detailed information read our blog at https://3diassociates.wordpress.com/ or see our website at www.3diassociates.com.
View all posts by 3D Eye →
This entry was posted in Uncategorized and tagged 3Di Model of Intelligences, British Values, British values and education, Chris Woodhead, Common Inspection Framework, ECM, Every Child Matters, high-stake exams, instinct, intellect, multiple intelligences, Ofsted, Performance Tables, Personal development, personal intelligence, Personal wellbeing, physical intelligence, PSHE, Sir Michael Wilshaw, Social Intelligence, spiritual intelligence, The role of schools in personal development, wellbeing. Bookmark the permalink.