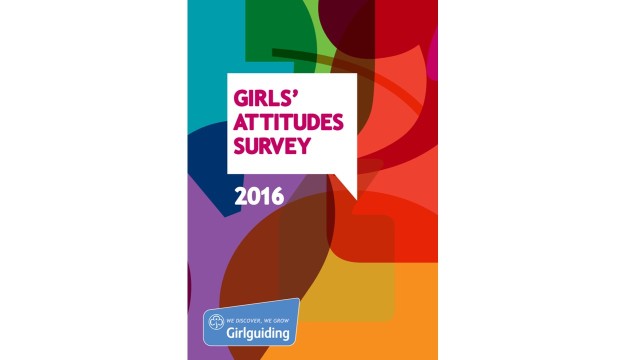 Many of the newspaper reports on the survey concentrated on the alarming number of young women who felt uncomfortable or ashamed of their looks. The level of self-loathing is horrific and it’s right that comment should focus on this.

When asked whether they were happy with their looks 42% of 11-16 year olds said they were “embarrassed or ashamed” of their looks “most of the time or often”. That percentage increased to 50% in the age bracket 17-21 year olds. A further 28% felt they were sometimes embarrassed with the way they look.

And some people have the audacity to say we don’t need PSHE education, where experienced practitioners concentrate on how young people should value themselves, developing a sense of self-worth – an essential element in building and maintaining relationships with others.

It’s what 3Di calls personal intelligence (Insight into and true awareness of oneself) , and the emphasis on this is sadly lacking in many schools.

All sections should be essential reading for parents of girls and young women and anyone who works with them.

For now, we’re concentrating on some of the data from one of the sections – “Mental and Emotional Wellbeing”.

There are some astonishing statistics which really need to be emphasised. We’re surprised that the Girl Guides Association didn’t highlight some of these in their executive summary.

Here’s an example of one that we feel is so damning that it should’ve been headline news when the survey was released.

The biggest fear for girls and young women between the ages of 7 and 16 is “not doing well at school”. It’s the issue that’s closest to their everyday lives and it’s an appalling and damning indictment on our current education system.

Fear is debilitating. It inhibits and it prevents. It damages.

And this fact cannot and should not be ignored by policy makers, school managers and teachers.

65% of 11-16 year olds fear not doing well at school. This is an outcome of the high-stakes exam system and the enormous expectations placed on our young people.

40% of 7-10 year olds fear the same thing. They shouldn’t be worried about this at their age. It seriously makes you want to weep.

And you can’t blame them for thinking that. Adults have ignored young peoples’ views for years. Education policy makers have added to young women’s fears by persisting with an education system devoid of thought for the wellbeing of our youngsters whilst simultaneously refusing to make PSHE statutory.

What on earth are we doing to our young people when they can come out with the following statements and we know that these aren’t isolated comments?

“Too many young people are suffering in silence because they think nothing can be done to help them and no one will take them seriously if they tell their problems”.

“Mental health can be seen as something you shouldn’t tell anyone, or a secret when it shouldn’t be seen as that”.

Talk about learned behaviour. Our entire society shields its eyes from mental un-wellness. A broken leg triggers an outpouring of empathy; a broken spirit – not so much. 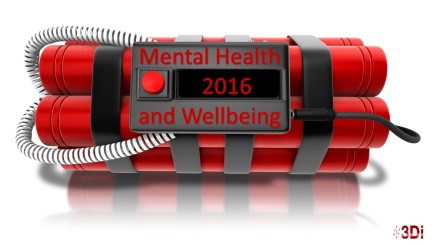 The issue of mental health is no longer a time-bomb waiting to happen. It’s been hovering above our heads for decades and we’ve been blithely ignoring the impending slaughter.

It’s happening now and as a society we’ve done nothing to prevent it and everything to exacerbate it – and we have to admit that the excessive emphasis on academic attainment has played more than a small contributory role.

The sad and damning reality is consecutive governments’ refusal to make PSHE education statutory has added to the problems we’re witnessing and the evidence set out in this Girl Guides survey.

Good PSHE education enables young people to talk about their feelings. It gives them opportunities to do so and trains them in the ability and confidence to express themselves – both their concerns and their passions.

Good PSHE education prepares young people to deal with disappointment, fear, destructive emotions. It enables young people to cope and manage, to develop resilience. But, when taught well, it does more than this. It also enables them to think positively, creatively and develops their ability to be emotionally well.

And good learning in PSHE education can last a life-time – if taught, and learned, well.

What’s more – young people agree with us that there’s a need for PSHE Education.

81% of girls aged between 11 and 21 said that “the government should ensure that PSHE is taught in all schools”.

Owen Jones, writing in the Guardian this week said,

“A society should be judged by how it treats its children. A country that fails to invest in its children is imperilling its future. And that’s why we should all be alarmed by the crisis of mental health among Britain’s girls and boys – and the chronic lack of support to overcome it.”

He continues to hit the nail on the head:

“There must be a remorseless focus on what drives children to mental distress in the first place. Overcrowded and poor housing. Poor diet. Lack of exercise. Family conflict. The stresses of poverty, from internalised shame to being conscious of not having the same opportunities as other children. Consumer capitalism, which judges and defines children by what trainers they wear. An educational culture obsessed with exams. If we want a society that promotes happiness and wellbeing among children, these are all problems that have to be addressed. How tragic, then, that life is being made harder for children by both government policy and ever harsher attitudes and expectations. The children will suffer for it, and so will our country’s future.”

We’ve been saying all of this for years – there’s a need to act now. The need for statutory PSHE education is supported by almost every group in society bar the politicians who have the extraordinary power to make it happen. The emphasis on high stake exams has been to the detriment of learning that is integral to living life well – the nurturing and development of all of our intelligences.

Intellect, instinct, physical, spiritual, personal and social intelligences need to be developed in all of us, in order that we learn how to be emotionally intelligent.

Concentrating learning on only one aspect of one intelligence, i.e. passing exams, distorts outcomes and creates imbalance – the type of imbalance that reverberates through this survey and through the lives of our children and young people.

Gary Foskett and Clare Blackhall are educationalists, writers and consultants. We work with schools and other organisations who share our vision of how schools, businesses, etc should work in the 21st Century. We also run courses and contribute to conferences - speaking about our three dimensional model of intelligences and how schools, colleges and universities can develop the full potential of all their staff and students. We also offer consultancy for businesses and public sector organisations to support staff training and organisational change and development. For more detailed information read our blog at https://3diassociates.wordpress.com/ or see our website at www.3diassociates.com.
View all posts by 3D Eye →
Gallery | This entry was posted in Uncategorized and tagged 3Di Associates, 3Di Associates model of intelligences, Act now for the rights of the child, Being emotionally intelligent, compulsory PSHE, Confidence for young people, Crisis in mental health, destructive emotions, Girl Guides, Girls' Attitudes survey 2016, High-stakes tests, Mental Health and Wellbeing, Owen Jones, personal intelligence, PSHE, PSHE Education, Rights of the Child, wellbeing, Young women's fears. Bookmark the permalink.