Anyone with an urge to study human behaviour, human consciousness and human intelligences should consider becoming a teacher – a profession whose practitioners engage in a lifetime of observation of what makes us and makes our behaviour so complex.

Consider the opening paragraph of an article in last Sunday’s Observer newspaper:

When Tom Stoppard was writing The Hard Problem – his play about the conundrum of human consciousness – one of the scientists he consulted was American evolutionary biologist David Sloan Wilson. The play offers, among other things, a challenge to Wilson’s view that altruism, as a consciously motivated action, can be completely accounted for in terms of [biology, fitness for purpose and] evolutionary theory. In the play, Hilary, a young psychologist, scornfully rejects the idea that brain activity “explains” emotions such as sorrow. She ends up quitting a brain science institute and heads off to study philosophy in New York.

Our advice to Hilary would have been to head off to become a teacher and embrace the study of philosophy as part of her professional training, along with the study of psychology, brain science, sociology, pedagogy and what many people (though not 3Di) call ’emotional intelligence’.

Our own preference is for the term ’emotional literacy’, for reasons we’ve written about many times. Emotional literacy primarily concerns our ability to identify and to understand human feelings and emotions within ourselves as well as in others. To be emotionally intelliGENT we need to purposefully engage and to work with our six interactive intelligences and in doing so to manage our “destructive emotions” whenever they take hold, as they invariably do from time to time.

What this Observer article is really concerned with, however, is what many of us think of as spiritual intelligence. Stoppard says the following, by way of a conclusion:

There is a tendency to hubris in science as an enterprise, a tendency to triumphalism. It makes remarkable progress in who knows how many fields, but I’ve got a sense that one’s temperament masquerades as one’s intellect most of the time, or operates one’s intellect, and I don’t exclude myself from that. I put a value on humility . . .

“Temperament masquerades as intellect . . . most of the time.” This is true of many intellectuals and many who have succeeded academically – to wear their intellect as a cloak of identity; to let their intellect become the signifier of who they are, as if it’s the essence of their character or temperament. They often have (as do many of us) a tendency to assume that intellect and intelligence are the same thing – in other words, to assume that there is only one intelligence, which is the ability to absorb and to manipulate various forms of knowledge. During certain periods of history people have been valued and honoured for their physical strength and bravery, and for their skill in warfare, for example. In more recent times there’s been much higher status and higher rewards for those who are intellectually and academically accomplished. In certain societies people are valued for their levels of wisdom and compassion, and for their degrees of empathy and altruism. Selfishness is often thought to be a driver of evolution (The Selfish Gene, etc.), but selfLESSness is what appears to make social beings, social groups and social creatures successful in evolutionary terms. This is referred to in the Stoppard/Wilson dialogue. It’s part of what we and others call social intelligence.

“Temperament masquerades as intellect” . . . but many of us realise that we are much more than our calculating, evaluating, categorising, mathematical and scientific frontal cortex. Throughout the Stoppard/Wilson dialogue in the Observer they speak also of “values” – which cannot be delineated mathematically or scientifically. Many people have deeply suspect and corrupt value systems, so we need to speak also of “virtues” and ethics, which have preoccupied citizens and philosophers for thousands of years in places as far apart as Greece and China. In our 3D model, values and virtues are part of what we see as “spiritual intelligence”. This is an intelligence that’s completely missing in psychopaths, and is very little in evidence in sociopaths. We can even see a lack of ethical and virtuous behaviour in certain people who think of themselves as religious. Many atheists, on the other hand, are high in spiritual intelligence; whilst some of our most extreme atheists deny and decry the existence of “spiritual intelligence”.

“I put value on humility” says Stoppard. This is an interesting conclusion from a man who has spent a lifetime exploring philosophy and human psychology, and in doing so has become a celebrated playwright and an intellectual. To retain humility when highly accomplished is often a sign of spiritual intelligence: humility is indeed a virtue. We should also recognise that whilst we might “know” a great deal – i.e. we might be intellectually accomplished – this in itself doesn’t make us superior to those who “know” less but live more worthwhile and more virtuous lives. 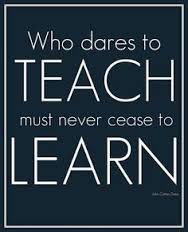 We very much want our schools to enable high intellectual capacity and achievement, but we want them also to enable and to nurture spiritual intelligence, social intelligence, personal insight/intelligence, physical health and wellbeing, good use of the senses, good instincts, creativity, and emotional literacy. The best schools ensure that a balanced and 3D education is planned and offered. Our society, our homes and our workplaces need 3D individuals with balance, depth and wisdom. We need a much better system of education with better prepared teachers who put equal value on all of our intelligences.

As for human consciousness . . . Our working hypothesis is that it’s a bizarre phenomenon that exists in no particular location but arises from the creative interplay of our six interdependent intelligences.

Does altruism exist? Yes it does – as do more than a hundred other virtues. In some of us the impulse to be virtuous is quite weak. In a few of us it’s absent altogether. In others it’s very strong. Good parenting and/or good schooling can greatly increase or indeed greatly diminish our capacity for virtuous and spiritually intelligent behaviour.

Does Altruism Exist? is published by Yale. The online magazine This View of Life will run a full transcript of this Observer conversation.

A Hard Problem: Why can’t the world’s greatest minds solve the mystery of consciousness?

Stumbling across this article within the pages of a newspaper like the Observer is a perfect example of why so many of us continue to buy hard copies of the Observer and the Guardian. A well designed and well edited newspaper draws the eye and draws our attention to interesting and illuminating articles in ways that a website can never do.

A newspaper that succeeds in its mission to inform, educate and enlighten – as well as entertain – is a wonderfully rare thing. After all the ongoing scandals concerning the abuse of the power of newspapers for private and corporate profit let’s give thanks for those newspapers that are run by and produced by people of real integrity and true spiritual intelligence.

Gary Foskett and Clare Blackhall are educationalists, writers and consultants. We work with schools and other organisations who share our vision of how schools, businesses, etc should work in the 21st Century. We also run courses and contribute to conferences - speaking about our three dimensional model of intelligences and how schools, colleges and universities can develop the full potential of all their staff and students. We also offer consultancy for businesses and public sector organisations to support staff training and organisational change and development. For more detailed information read our blog at https://3diassociates.wordpress.com/ or see our website at www.3diassociates.com.
View all posts by 3D Eye →
This entry was posted in Uncategorized and tagged 3Di Model of Intelligences, A Hard Problem, Altruism, David Sloan Wilson, education, human behaviour, human consciousness, humility, intellect, learning, multiple intelligences, Social Intelligence, spiritual intelligence, Tom Stoppard, values and virtues, wellbeing. Bookmark the permalink.